HSBC predicts that "half of China's emerging market trade will be settled in yuan within four years. When that happens, it will be one of the top three trading currencies in the world." [Source]. More importantly, "If there's to be a rival to the US dollar as the world's reserve currency in the 21st century it would have to be Chinese yuan". No one is saying that of the Indian rupee. 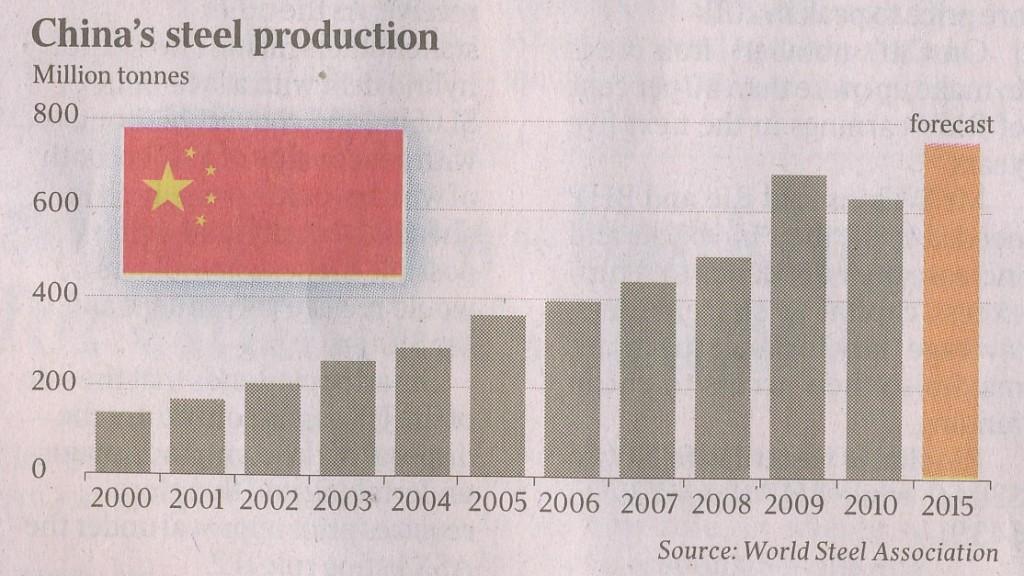 In 1980 China's share of real world GDP (PPP basis, source: IMF) was 90% of India's. Today is it nearly three times that of India. 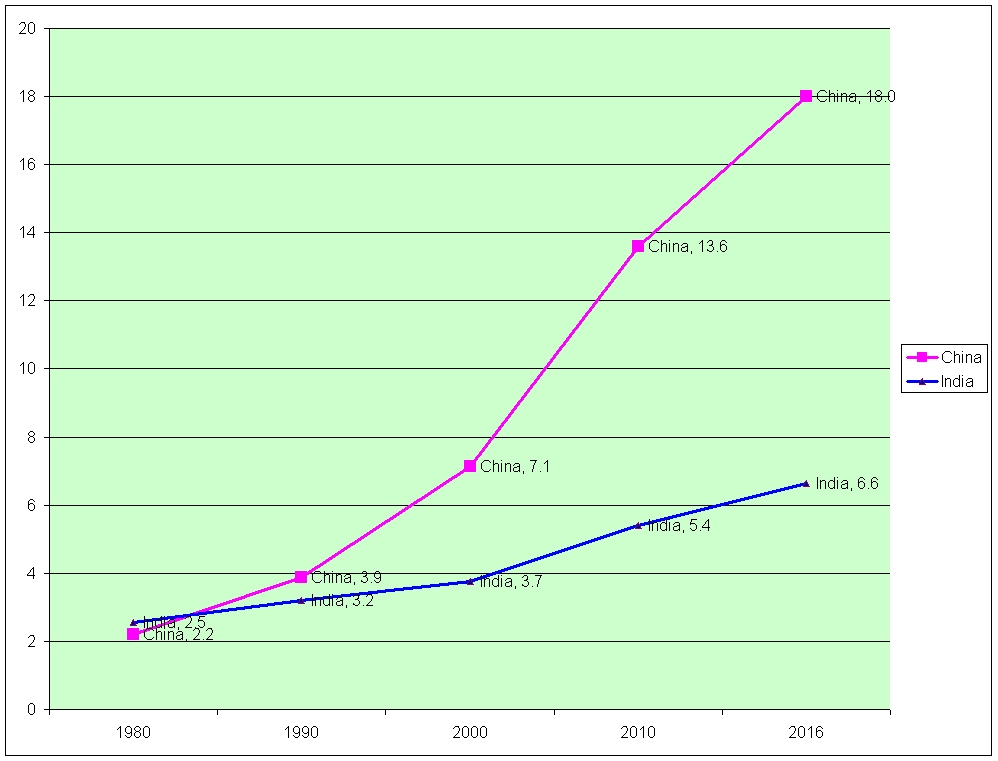 (Note: The last section of the chart is not to scale. The slope of the Chinese and Indian "growth" curve between 2010 and 2016 is steeper than what is depicted. Note also that this is not a "growth rate" curve, but a dynamic share of world GDP. It gets harder and harder to achieve larger "market share" in an expanding pie. China will displace USA by 2016 as the world's largest economy, which would have gotten relatively smaller by then – not absolutely smaller.)

Let's just say this, that China is not fooling around the edges. It means business.

The Indians, on the other hand, are definitely fooling around the edges.

A lot of effort is being wasted today on the so-called anti-corruption movement driven by the whims of a half-baked Gandhian and a yogi who wants to take India to the medieval ages. Their actions have ZERO relationship  to the fundamental reforms in policy and governance that India desperately needs, reforms that will eliminate corruption far more effectively than any of the 'reforms' being touted by this so-called anti-corruption "movement". The challenge before India is simply NOT within the capacity of populist Vedic socialists and Gandhians to deliver.

In the meanwhile, the socialist Congress is establishing its hold effectively through the hustings. India's future is therefore looking more and more questionable.

India simply can't continue to cruise based on the economic reforms that IMF forced down India's throat in 1991. That medicine is over. Its life was limited, its potential constrained by mis-governance and other policy problems. Yet few are interested in the deeper set of reforms that India needs.

With reforms it will be relatively easy for India to catch up with China, given its advantage of stability, democracy, and the English language. I've been trying to suggest these reforms since 1998. FTI has been offering these to India since 2007 (subject to assembling a competent leadership team).

Should you be interested in India's catching up with China then please join FTI or otherwise support it. Else India could well end up as a colony of China.

A discussion on India and China today by Pradeep Taneja

This entry was posted in Freedom Team, India and tagged in China.

« Cows (and other animals we use for food) must be killed without cruelty
What Would I Do If I Became India’s Prime Minister? #5 »
View more posts from this author