LINKS TO THE DOCUMENTARY

Both episodes in High resolution: https://drive.google.com/drive/folders/1sICYixYu7kz1MVBwm5UVoFUBQsod-0aQ

Episode 2: On Daily Motion | On Odysee | On Rumble| On Archive.org | On Telegram | Another on archive.org |

1. Modi’s culpability in his own words: https://youtu.be/1JpLk_BGv4s

2. Modi and BJP are actively stoking hatred for Muslims: https://youtu.be/IEB_1UMxpH0

THE TEXT OF THE UK GOVERNMENT REPORT

I’ve written a LOT about this issue and related issues over the year: manuscripts, blog posts, Times of India articles/ posts, etc. Will link if time permits.

Where do I find?

END_OF_DOCUMENT_TOKEN_TO_BE_REPLACED

My comment on “Indian Democracy at 75: Who Are the Barbarians at the Gate?”

Someone shared this article and sought my comments: https://quadrant.org.au/opinion/qed/2022/08/indian-democracy-at-75-who-are-the-barbarians-at-the-gate/

Thanks, had a skim through the article. Very comprehensive, and raises some valid points.

Two basic facts. First, India’s political parties are entirely socialist. Second, India’s democracy has been flawed since its inception – and that has increasingly gotten worse. See my book, Breaking Free of Nehru for a detailed description of its shortcomings.

It is a well-established fact that hardcore criminals (murderers, etc.) or those who connive with criminals (such as former PM Manmohan Singh) are the only ones who’ve got a tolerable chance of survival in India’s “democracy”.

I’ve worked with senior politicians from all parties during my civil service career and all parties are entirely corrupted/ mostly criminal. With regard to BJP, most foreign observers don’t know its history – that it is the direct ideological offshoot of European fascism. In its case Muslims are the enemy, instead of the Jews. But the Babri Masjid demolition of 1992 happened with the direct support of Congress PM Narasimha Rao, which shows that the RSS (the mother organisation of BJP) has infiltrated all political parties.

To call BJP conservative (in the Tory tradition) would be equivalent to saying that the Nazis were conservative. Likewise, to celebrate India as a democracy is similar in many ways to stating that Germany was a democracy during the time of Hitler. No, let me add! – India is not Nazi Germany – yet. There is a strong group of (socialist) parties which theoretically abjure the interference of religion in politics. But the original democratic ambition of Nehru (which he himself did the most to destroy) has not yet been wiped out from the country.

Further, both major socialist parties – Congress and BJP – have been forced by circumstances to attempt liberal economic reforms (first in 1991 by Narasimha Rao, and a few sketchy post-2014 reforms by Modi) but India has no significant liberal party since Swatantra Party folded in 1973. Getting one established has been my mission since 1998.

My lifetime mission for reform of India’s governance has, though, been entirely diverted by recent events in Australia. Australia’s totalitarianism needs to be addressed first before we even think of other totalitarian nations. In many ways, Australia has been more totalitarian than India in recent years. Its border closures were comparable with those of North Korea. Beating up and imprisoning people for not wearing a mask or for protesting totalitarian policies was on par with India’s comparable extremes. In summary, the situation is dire for liberty and democracy across the entire world, not just in India.

Having said that, I would like Australia to continue to engage with India. India’s treatment of its citizens remains far superior to China’s – Indian politicians still fear the criticism of the West. But to overstate the democratic credentials of India is probably not why this engagement with India should continue. More importantly, Australia or any Australian is in no moral shape to judge India. Australia’s democratic and human rights credentials are in shambles – see my complaint to the ICC against the Australian PM. Heal thyself, as they say. Let’s start with Australia before worrying about the Third World, miserably poor and corrupt, socialist India.

END_OF_DOCUMENT_TOKEN_TO_BE_REPLACED

Modi had the world’s most stringent lockdowns. And proof that lockdowns kill even from covid.

AN EMAIL I SENT OUT A MOMENT AGO

Some of you might have read my 2 part criticism of the Oxford stringency database:
https://timesofindia.indiatimes.com/blogs/seeing-the-invisible/the-oxford-covid-response-database-is-not-fit-for-purpose-part-1/

I’m now preparing a paper based with a co-author on a subset from that database which I consider might better reflect the severity of lockdowns. Ranked on that subset, India had the world’s most stringent lockdowns – even more than China’s. See a snapshot attached.

Also sharing 2 initial scatterplots that prove that not only do lockdowns NOT reduce covid deaths, they INCREASE them. This data is not controlled for a number of variables, so that’s for further research, but we can rule out the idea that lockdowns save lives. Steve Hanke is wrong. Lockdowns don’t even reduce covid deaths by 0.2%. My paper should be ready for lodgement with a preprint server in 2-3 weeks.

And as you might have already seen my CBA for Australia with Gigi Foster, lockdowns have caused at least 36 times more harm than any benefit in Australia (and there are tens of similar CBAs from across the world which prove that lockdowns kill in vast numbers, both now and in the future). For India I estimate the harms are INFINITELY greater than any benefits (since there are NO benefits, only harms). At a minimum, at least 1000s of times greater than benefits.

I’m back to the claim I made in November 2020 to the ICC – that lockdowns are a crime against humanity. Almost 98% of what I wrote in November 2020 is still true. Download and share. In India not just all major parties but my IAS colleagues (both serving and retired) are guilty of crimes against humanity. India needs a culture of cost-benefit analysis. See my Spectator article. 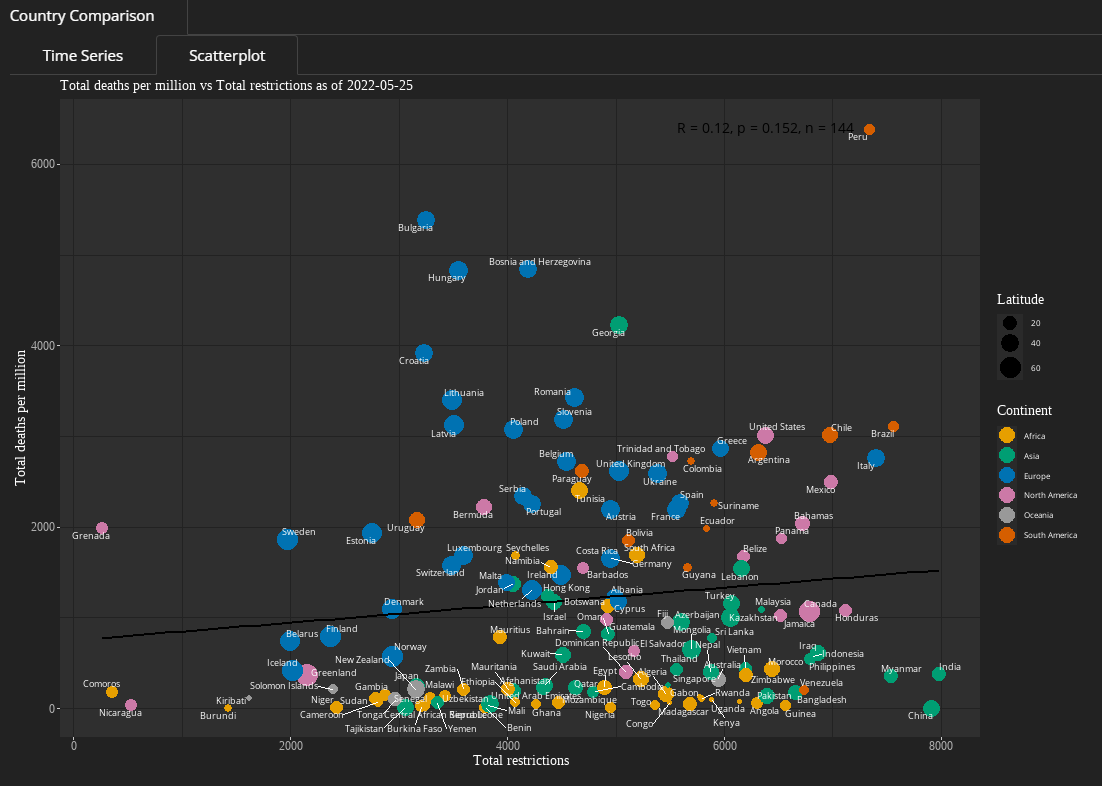 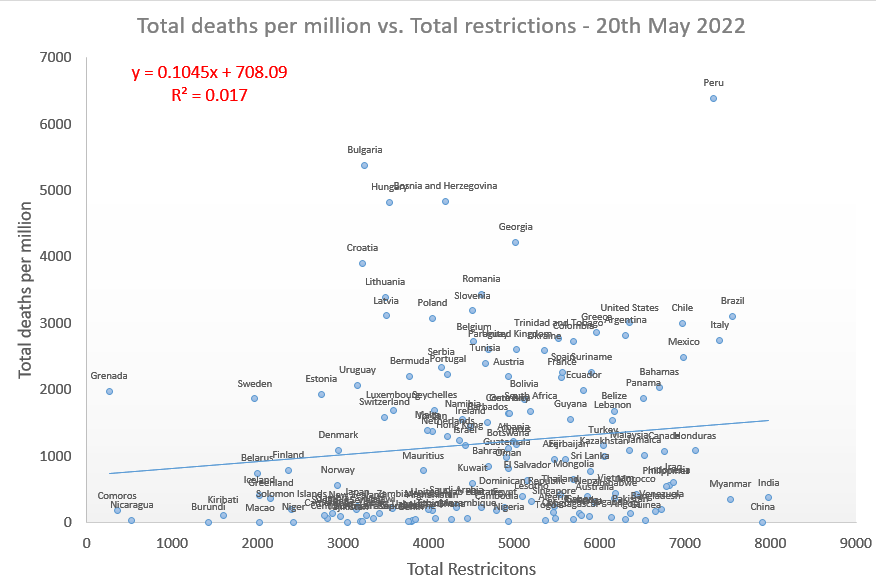 END_OF_DOCUMENT_TOKEN_TO_BE_REPLACED

Now that the CBA numbers for Australia have been decided upon by Gigi Foster (in case you missed it), I thought I’d spend around 10 minutes to outline the implications for India.

For India the growth in debt was not so huge as in Australia. But it was significant, nevertheless – India’s debt to GDP ratio increased from 74 per cent to 90 per cent during the COVID-19 pandemic.

But three factors in India make its lockdowns costs almost infinite, in comparison with any benefits:

a) Lockdowns did not prevent any COVID deaths. Unlike in Australia it was not practical for India to prevent COVID deaths through lockdowns – so any benefits were zero or close to zero (I’m not taking into account any positive effect of vaccines, which came to both countries virtually at the same time, although Australia has had a higher uptake).

b) Lockdowns harmed the poor extremely disproportionately, since they had no fall-back mechanism to survive. Not only were millions of people thrown into poverty, hundreds of millions at the bottom of the economic ladder in India suffered extreme harms from lack of food and medicine. In addition, obesity increased among the rich who worked from home; and I’m certain that alcohol intake also increased. For Australia Gigi Foster assumes in the CBA that only 1 week was shaved off the lifespan of Australians, in India this figure would be far greater: possibly 6 months or more (for Indonesia estimates are well over one year).

c) I haven’t checked but it is almost certain in my view that India experienced vastly more non-COVID deaths during the lockdowns. We have data on suicides (which increased) but the biggest killer would be cancer, like in Australia. People were panicked and did not get their symptoms checked in time.

Given these factors, I ‘d argue that the harms from India’s lockdowns would have exceeded any benefits by an order of at least 100 times, and most likely around a 1000 times.

India, of course, has no culture of a cost benefit analysis. Being a Third World country without a rigorous policy processes, all public policy is made whimsically by politicians and IAS officials. So they would never do a CBA anyway.

In fact, if they did a CBA, they would need to change ALL their policies. It is these Third World socialist and arbitrary policies that keep India desperately poor.