Claim that Vitamin D brought to a halt in the death of Indian doctors in the UK – Dr. David Grimes

ADDENDUM 13 APRIL 2022
Unfortunately, the claim made in this video has only been partially corroborated.

We issued an advisory to all BAPIO members about the importance of the adequate level of Vit D and how a single large dose of Vit D can bring the level up sooner compared to the recommended dose of 400 IU. This advisory was spread via social media to various groups as mentioned by David Grimes.

I don’t think we can say for definite that our advisory if followed was the sole reason in preventing further deaths. I don’t think we should think of peer review publication as we don’t have the data.

Vit D remains an unanswered question. My personal view is that it is definitely an important factor in reducing the severity of the disease.

MY OBSERVATIONS:
1. The advisory was generic and suggested a single large dose where someone might be Vitamin D deficient. It did not require any follow up or record keeping, so no data was collected on existing Vitamin D levels of BAME doctors and what happened after they received the advice. Did they follow it, for how long, etc.

2. Dr David Grimes’s claim about future deaths being prevented through such Vitamin D supplementation is not testable unless someone (such as BAPIO) conducts a diligent survey to extract such information, along with mortality data on BAME doctors from the NHS.

3. Dr Singhal personally considers Vitamin D to be “definitely” an important factor but overall, he considers that Vitamin D remains an unanswered question.

Since the claim of Dr Grimes has not been proven, it is hard to conclude that Vitamin D has such stark effects on mortality. Back to the drawing board – RCTs and all. I must say I had got into the mode of “believing” this information for a short while – instead of scepticism which is an essential part of all scientific progress. We all want to “believe” in something. 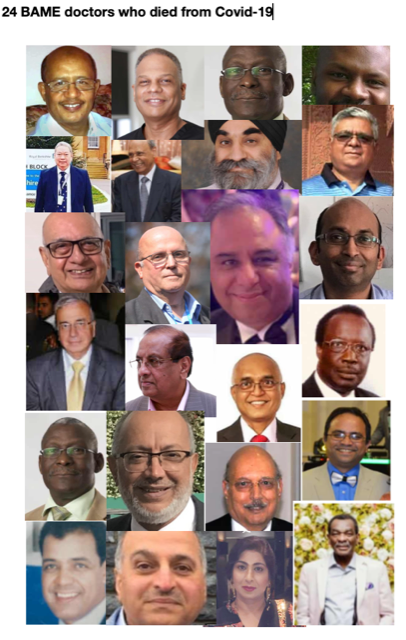 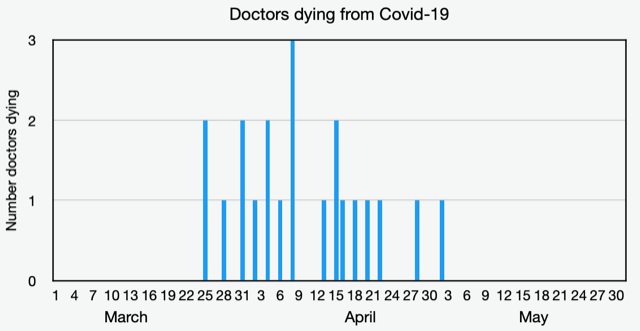 This bar chart shows the cluster of deaths of BAME doctors who died at the beginning of the pandemic, and how their deaths stopped a couple of weeks after the email that was sent out by Dr Singhal. Re: the email, Dr Grimes notes: “The email concerning the vital need of vitamin D was sent out by my friend Professor Parag Singhal, who is the national secretary of BAPIO, British Association of Physicians of Indian Origin. I never actually received the email. He sent it not just to his members but also to similar organisations representing a variety of other national or ethnic doctor groups.”

We need confirmation that this was not merely part of the standard pattern of deaths in the UK (see chart below) – i.e. that there were no more deaths of BAME doctors in the second wave in the UK. 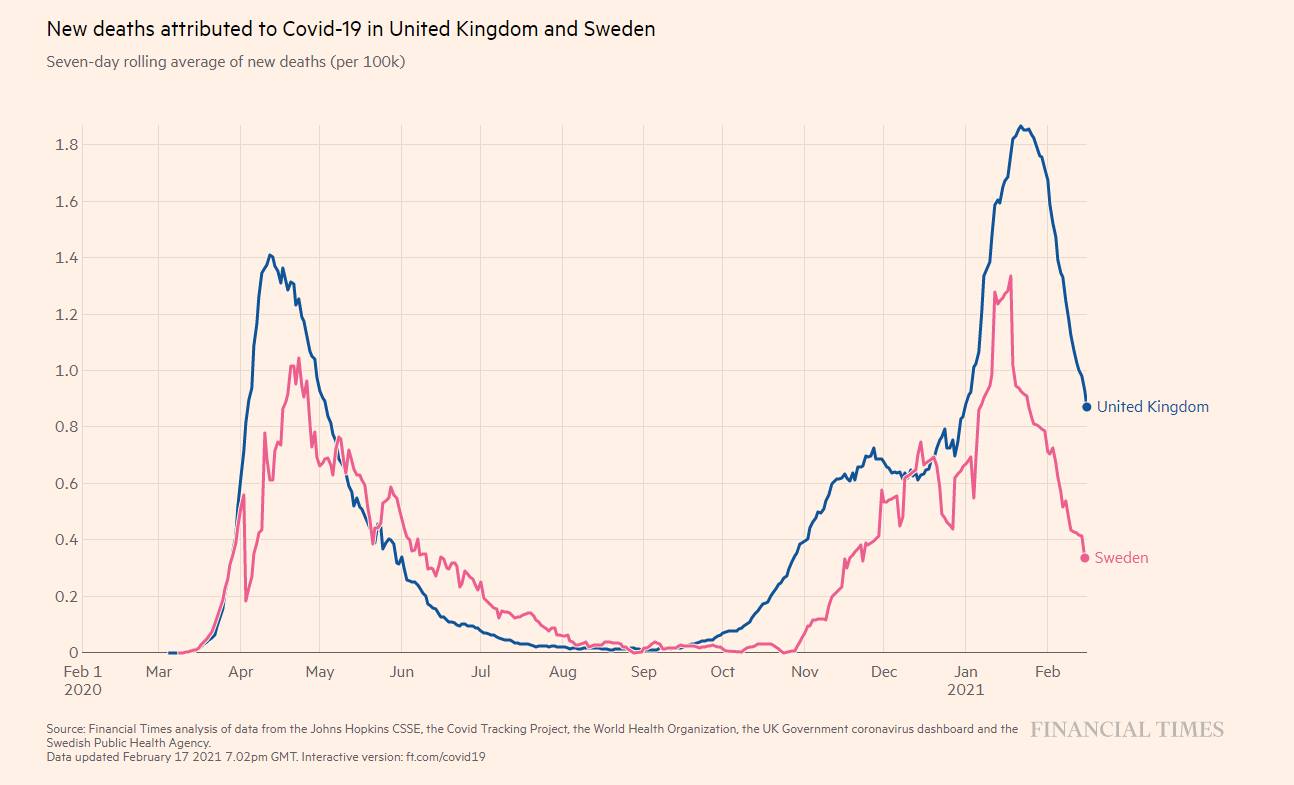 In my view, it is extremely rare in the medical literature to come across anything that has such a start effect on mortality. This deservers investigation and publication in a peer reviewed medical journal.

Now I’ll give you an example of how effective Vitamin D can be. Starting on about the 20th of March in 2020, during a period of six weeks, 26 doctors working doctors died in the UK from covid 19.

I’ve got names, photographs of all of them. Of those 26 doctors who died only one was white. All the others were African or South Asian ethnicity. There happened in Stockholm as well – that in general people of African-Asian ethnicity were dying in greater numbers than expected during the first part of the covid 19 pandemic.

It was always put down to socio-economic deprivation. Now the 25 working doctors who died were not socioeconomically deprived. They had good incomes, they had had big houses and no overcrowding no problems at all. They died because their only difference in them and the other doctors were they had dark skins which do not produce much Vitamin D. We know very well that they will have been Vitamin D deficient.

Now I have two friends – a professor Parag Singhal who’s a professor of endocrinology in Western superman near Bristol in England and the other is professor David Anderson now retired former professor of medicine and endocrinology who I’ve known for about 40 years (we worked together about 40 years ago very briefly). Well, we got together knowing about all these doctors dying – these dark-skinned doctors dying. Professor Singhal is the national secretary of the British Association of Doctors of Indian Origin called BAPIO.

He therefore had the email addresses of all the doctors of indian origin. But he also could link to people in a similar position to him of other ethnic groups of doctors, like for example the association of doctors of Nigerian origin or Pakistani origin. All these exist.

He sent – Professor Singhal – an email to all his doctors of Indian origin and cascaded that to the other groups so that all doctors of ethnic minorities in this country received an email saying take Vitamin D immediately – otherwise you have a high risk of death from covid19.

I provided the evidence from all the 25 out of 26. He had all the names of the of the doctors and professor David Anderson had a large supply of Vitamin D which he would provided to any doctor who who required it.

Those deaths of Indian doctors stopped about two weeks after the email went out to them all. It stopped abruptly.

That’s all. Brought it to a halt.

One thought on “Claim that Vitamin D brought to a halt in the death of Indian doctors in the UK – Dr. David Grimes”