I was not amused to see an entirely socialist position from Lok Satta on public transport.

I've been thinking a bit about this issue for a while, and have come to the view that there is no need for a government to be involved in supplying this "service".

All over the world, buses arise spontaneously to meet demand, like any other product. There is, no doubt, a particular issue with buses, to do with "excessive" competition (which then leads, in due course to cartels, and loss of competition). But Daniel Klein, Adrian Moore and Binyam Reja have proposed a model which is allows competition to resume in the bus market. I've also read the Klein et. al.'s book and believe that this is a perfectly workable model.

The ideal would be to entirely privatise roads, but that's somewhat challenging, and not many people have explored it fully (although there are a couple of books on this topic already). I'd like more research on this issue. As technology evolves, private roads will become entirely feasible.

Lok Satta should ask government to GET OUT of public transport, not ask for subsidies. Competitive market solutions in public transport are feasible, and will ensure that users pay – not the general taxpayer.

END_OF_DOCUMENT_TOKEN_TO_BE_REPLACED

Recall that I've already shown videos here. The key point to note is that this kind of system works best in HIGH DENSITY cities.

Most Indian cities are high density. Therefore this can work very well in India. Indeed, a number of Indian cities are already exploring this system. BRTS proposals are in various stages of appraisal and implementation in Ahmedabad, Bhopal, Delhi, Indore, Jaipur, Pune and Vishakapatnam. [Source].

Key features of the system

a) the government builds the special bus lanes and bus stops (these being a public good). This costs about $50 million per kilometer, about 1/10 the cost of a train/metro network [going underground is most expensive]. The city government pays for 30 per cent of the cost and the central/ federal government the remaining 70 per cent.

c) there is a flat fare of $1 AUD equivalent per ride. (This is very cheap compared with the average of $10+ per trip in Melbourne (when public subsidies are included)).

e) bus frequency is around once every 4 minutes (feeder green buses come once in 5-10 minutes in peak times, and once in 15 minutes in off-peak times) – which means that towards the city, you can get these large buses using bus stops every minute or even less.

f) Super high speed boarding and alighting is used with all doors operational.

Felipe mentioned that high frequency is a key element. People won't leave their cars if bus frequency is low. The other is that the system needs to work like a train system, with high levels of reliability.

a) This must have feeder system through bike lanes and free buses (again, operated by private operators). Bike lanes are a key part of the infrastructure.

b) The system must build overtaking lanes (at a few places) for express buses (this also allows express services, something which can't be easily organised with normal bus systems).

The Bogota private companies now have such clout that they got Mercedes to design a super-efficient bus engine only for them (it requires engine oil change once in 60,000 or so km compared to average bus requirement of once in 30,000 km).

For hilly cities, there are other solutions, like cable cars.

The full story of Bogota is on youtube. I'll just link to two key snippets. While Filepe described some of the problems (particularly political) in getting this system up and running, I find the youtube video makes a greater impact (e.g. the violent public protests).

It took 36 months to deliver the system from start to finish! Unfortunately, new mayors in Botota have not finished the system and significant efficiency gains are not be taken advatage of.

WEAKNESSES OF THIS SYSTEM

This system has its weaknesses, and costs. It has high startup costs but more importantly, it displaces normal traffic by taking exclusive control of key lanes. And t is not always flexible (in case there is some blockage/breakdown). Brisbane's new system is an example of a problematic bus transit system.

I'm not recommending "blind" acceptance of this or any other solution. There must be a solid cost-benefit analysis, that includes all relevant factors.

More importantly, there must be careful considerations of any obstacles to high frequency of travel. Getting passengers on and off buses RAPIDLY is absolutely crucial. The Brisbane design is very poor compared to Bogota's. Buses in Bogota have huge doors, carry far more people per bus. They operate like trains. These things matter. Bad design can reduce all potential benefits. 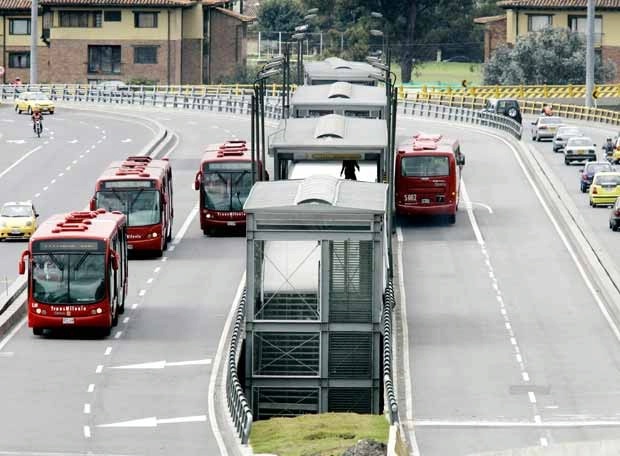 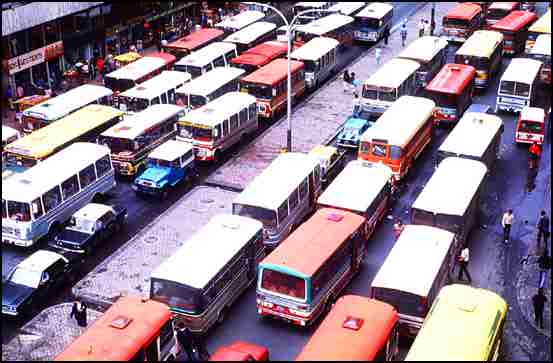 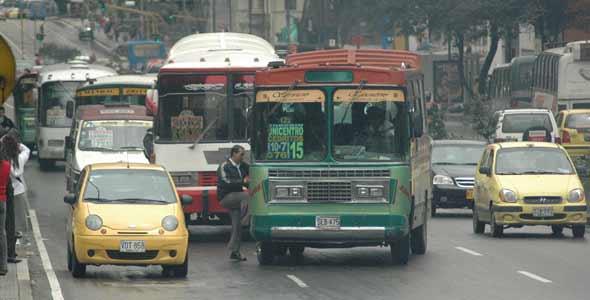