No, Scott Morrison or Alan Tudge CAN’T FORCE Australians to take a COVID-19 vaccine in order to travel internationally

Daniel Andrews is living in a world of delusion. He said on 4 July 2020:

At that point we will not be returning to normal because there will be no vaccine in the weeks ahead, some argue even in the months ahead. It is a long way off. And unless and until that vaccine is developed, and then administered to every single Victorian, we will have to live with and embrace a COVID normal.[i] (emphasis mine.)

HE CAN’T ADMINISTER IT TO EVERY SINGLE VICTORIAN.

That’s because the Australian Constitution prohibits such compulsion:

I've verified that under 51(xxiiiA) of the Australian Constitution no government CANNOT FORCE anyone to take a vaccine.

So how are Scott Morrison and Daniel Andrews going around claiming the vaccination will be mandatory? https://t.co/ujCJFAnDMA pic.twitter.com/y8wU9buZAw 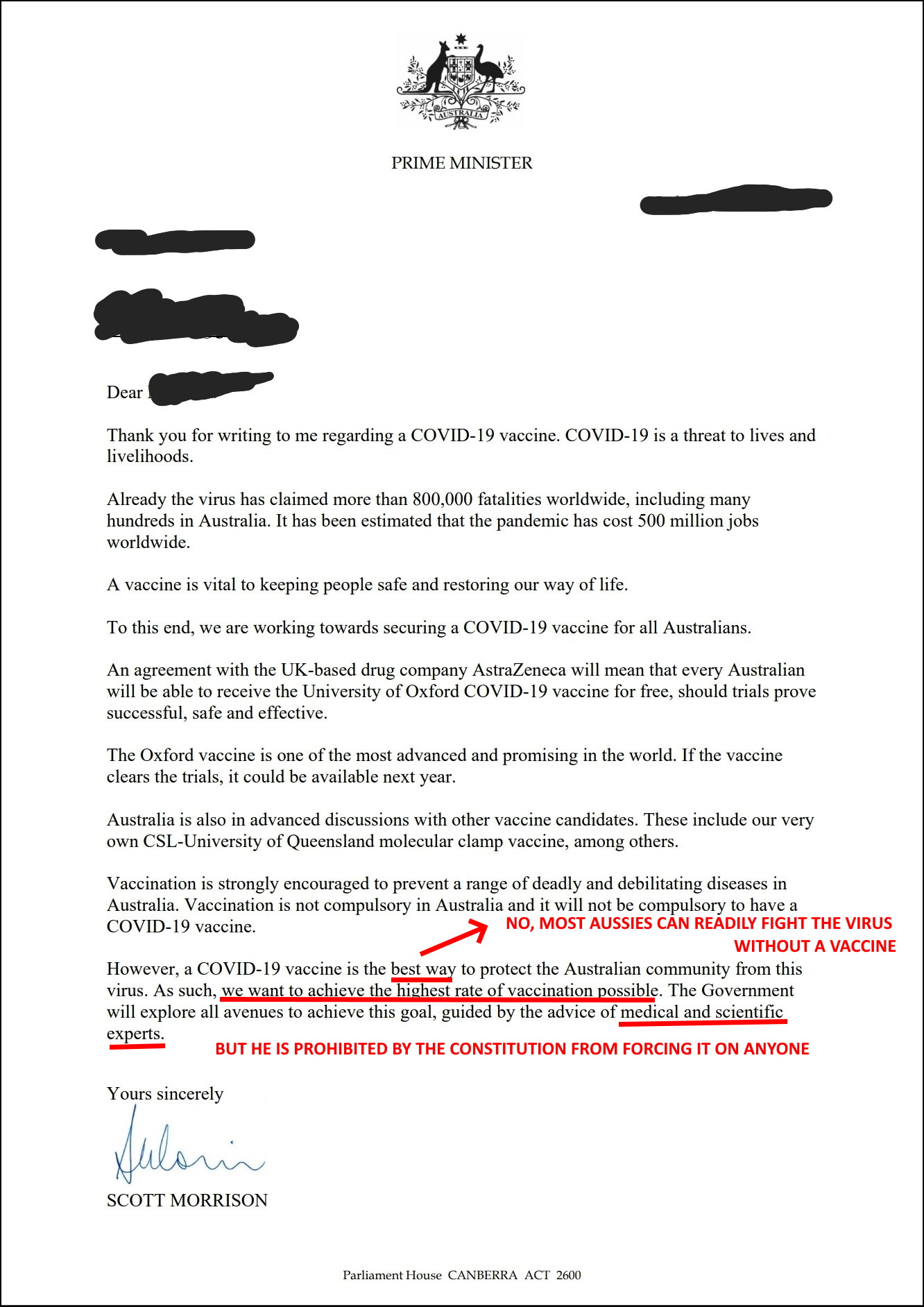 In the meanwhile, Alan Tudge has been trying a “backdoor way to force the vaccine:

“The Digital Passenger Declaration (DPD) will facilitate information being collected and shared more efficiently while still using the same authority for collection. The DPD will also allow certified COVID vaccination certificates to be digitally uploaded and connected if and when they become available.” [Source]

Minister Tudge has made clear today that departure and entry to Australia will be contingent on having taken a covid-19 vaccine.

There is no clearer mandate than this. pic.twitter.com/2xrVX5dPFo

Clearly this needs to be FOUGHT. For a vaccine like smallpox I’d be willing to accept a mandatory shot – but this virus is barely worse than the flu. It is ridiculous for the national and State government to think of compelling Australians in such a matter.

Kid vaccines are generally *very essential* and parents should choose to take them regardless of the payment.

They are not like the optional flu shot that is partly effective in some cases (I take it regularly). Covid will be in that category, so it must be voluntary.

JANE HALTON IS A COERCIVE PERSON FOR SURE, WITH NO RESPECT FOR OTHER HUMANS.

Someone sent me the link to an 18 May 2020 article in which Jane Halton wanted COERCIVE vaccines while Paul Kelly didn't.

I STRONGLY disagree with unscientific coercion on such matters. Halton IS VERY WRONG – both ethically and scientifically.https://t.co/oP8C1KXzli pic.twitter.com/rf1gAFoiFk

Via the states, which all could adopt identical legislation that mandates vaccination (Just how it was done with corporations law in the 1980s)? State governments are all on board this particular band wagon. 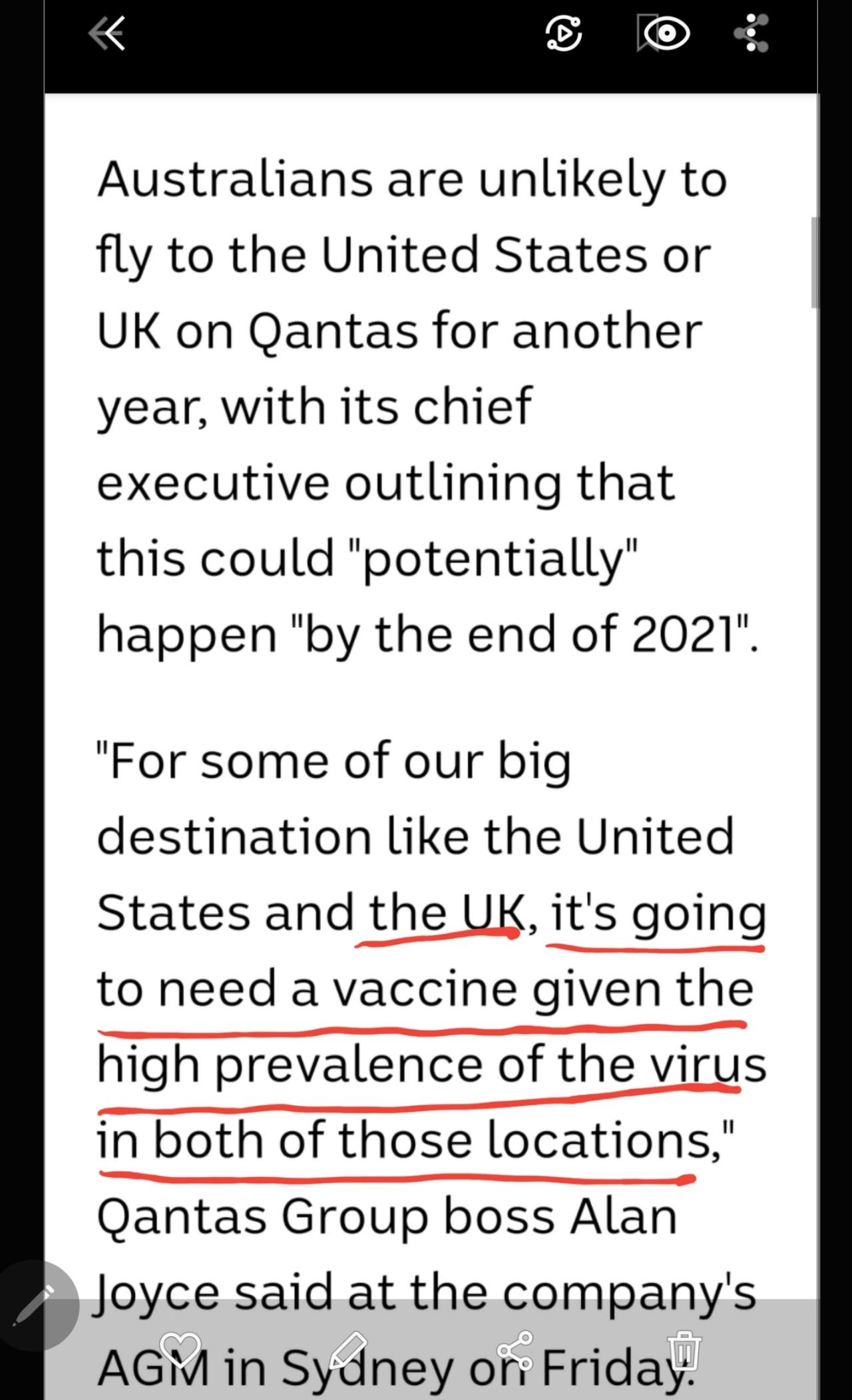 END_OF_DOCUMENT_TOKEN_TO_BE_REPLACED

A “My Will” letter to MPs in Victoria

Someone shared this template. I’m sharing – please consider writing to your MP.
======

It has come to my attention that the Federal Government is intending and may attempt to make vaccination mandatory for the purposes of controlling future outbreaks of COVID-19.

(1)    that every vaccination always be made subject to the free, fully informed consent of the recipient

(3)    That no vaccine manufacturer ever be granted indemnity from liability in this country for causing injury due to the use of their vaccine.

(1)    The Criminal Code Act 1995 (Commonwealth) Section 83.4 which states that “any person who, by violence or by threats or intimidation of any kind, hinders or interferes with the free exercise or performance, by any other person of any political right or duty shall be guilty of an offence”.

(2)    The Commonwealth Constitution Section 51xxiiiA which allows the Federal Parliament to legislate as to “the provision of maternity allowances, widows’ pensions, child endowment, unemployment, pharmaceutical, sickness and hospital benefits, medical and dental services (BUT NOT SO AS TO AUTHORISE ANY FORM OF CIVIL CONSCRIPTION), benefits to students and family allowances”.

END_OF_DOCUMENT_TOKEN_TO_BE_REPLACED

This is work in progress – to help me track relevant info.

I'm preparing a short paper (1000-2000 words) to present to the Samuel Griffith Society tomorrow. The member of the society are eminent lawyers and judges of Victoria.

What should I include in that paper? Please send in suggestions.

The paper will be published by the society. pic.twitter.com/dTBP0dt448

Stocktake of what is going on in Victoria.

Judgement striking down lockdown in Pennsylvania.

As this judge noted a sort of a corporate woke virus that somehow knew the difference between church and Walmart or church in a casino yet these were the rules that were being laid down by our governors and mayors all across the country, rules that simply confounded not only common sense but constitutional sense, but  when he looked at the evidence he said there was no evidence for the lockdowns

He pointed out that in fact the evidence that could be produced by the state was weak to non-existent while the counter evidence was often overwhelming, that there was serious doubts about whether any of these “mitigation measures” mitigated anything at all

Indeed, the only kind that that had been was the nursing home policies the governors of Pennsylvania and Michigan and New York and new jersey had done where they forced people who are sick and elderly back into the nursing home to infect the rest

Instead, they came to a different defense

Indeed as the court noted it failed to meet even the most basic constitutional standards of governmental action and it was for that reason that the court determined and rejected what the governor of Pennsylvania said.

END_OF_DOCUMENT_TOKEN_TO_BE_REPLACED

My third finished book: The Great Hysteria and The Broken State

My two previous books (that I’ve actually finished – there are another 10-15 underway at different stages of completion) are:

Breaking Free of Nehru, Anthem Press (2008) – now available free of cost to download (well over 50,000 copies have been downloaded to date). Try it out. It comes highly recommended by Gurcharan Das, former MD of Proctor and Gamble Worldwide and one of India’s most well-known authors.

Seeing the Invisible, Self-published (2018) – with a commitment to keep it free for download for ever. It is a book on economics for children up to age 100. Try it out as well and share it with all the young people you can. It comes highly recommended by Nobel Prize winner Vernon Smith. (Over 2000 copies have been downloaded to date and 1000 copies are being printed for distribution to schools in Assam, India.)

And now, in just 10 days of work, a third one: The Great Hysteria and the Broken State, Connor Court Publishing (2020). This one is not free (nor was BFN, initially). 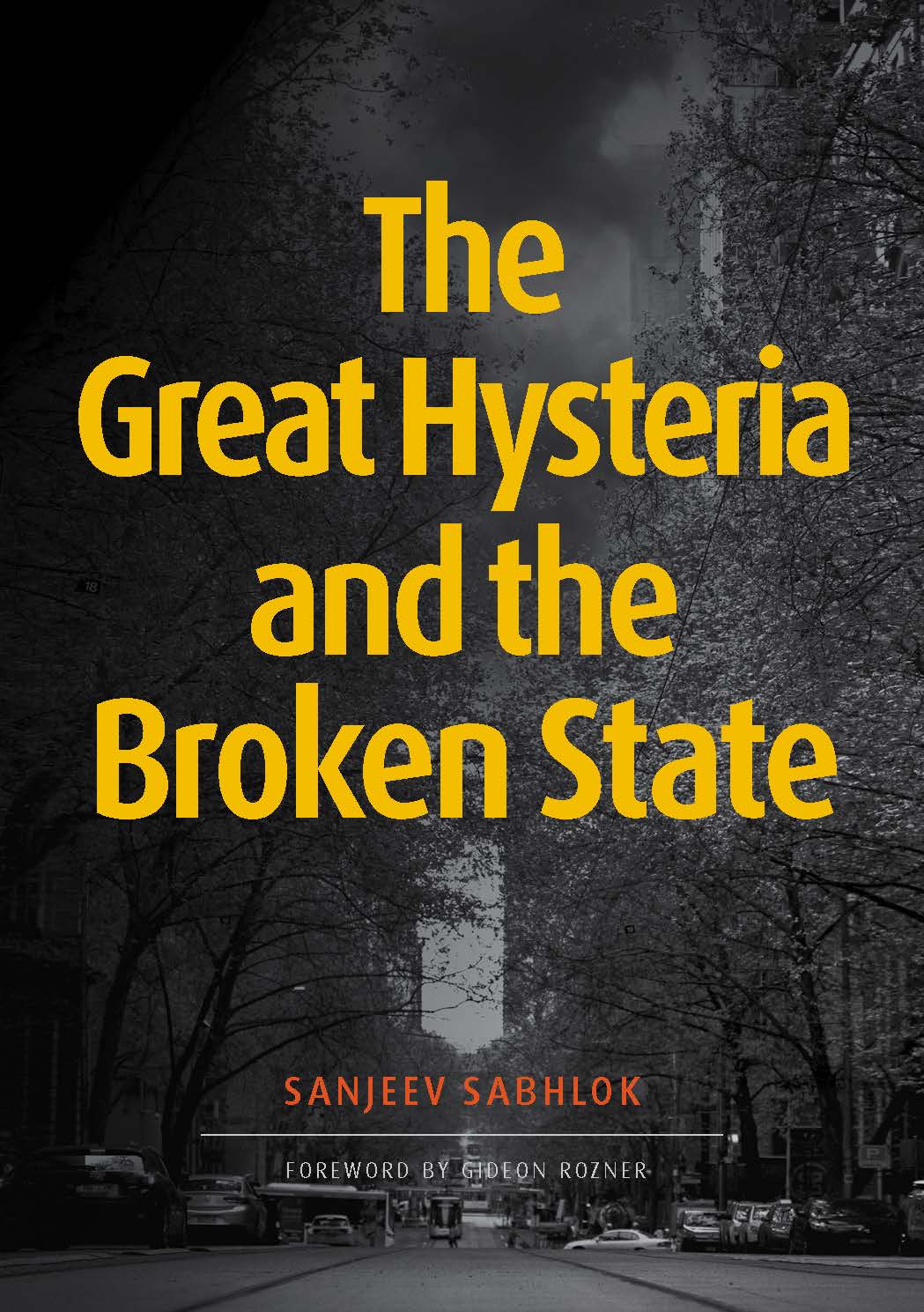 Print edition now available on pre-order. The e-book will be available next week, I'm told.https://t.co/8p76UPfXOW

It's all happening. The final proofs are on, waiting to finalise the print-ready version.

Here's what Gigi Foster has said about the book (based on an early draft). pic.twitter.com/qAajLfIvZq

And here's what Dr. Eamonn Mathieson has said based on an early draft. pic.twitter.com/buK26xDVLt