Do lockdowns and border closures serve the “greater good”? A cost-benefit analysis of Australia’s reaction to COVID-19 – Gigi Foster with Sanjeev Sabhlok

I’ve finally found some time to create this page for the Foster-Sabhlok CBA. Also scanned a relatively high resolution image of the front cover.

Three signed copies that Gigi Foster has sent me: 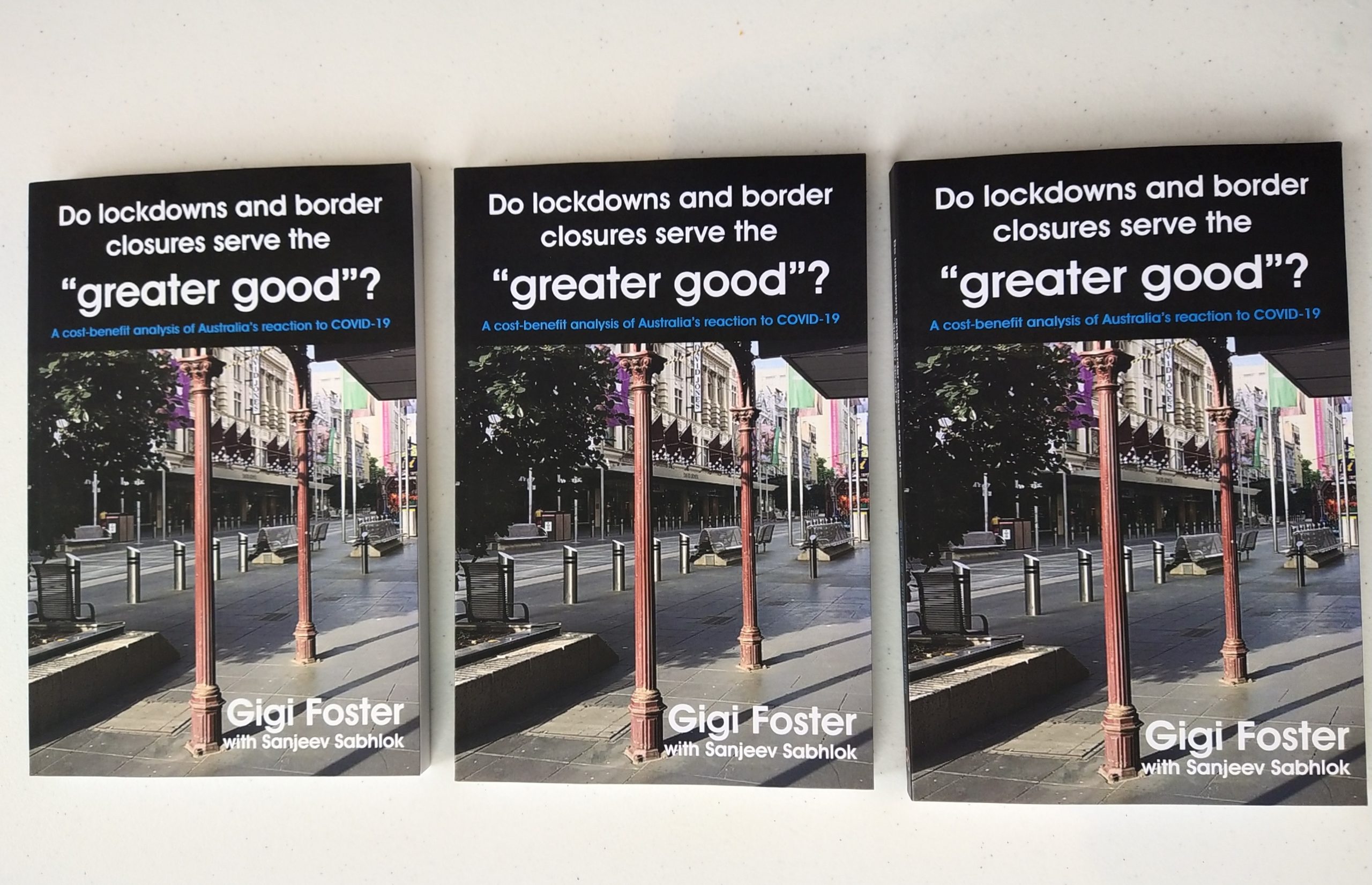 Previous posts on this CBA, including link to article/s and interviews:

10 September 2022: The Gigi Foster Cost Benefit Analysis of Australia’s lockdowns is now available on order as a book

18 May 2022: More on the Gigi Foster CBA of lockdowns in Australia 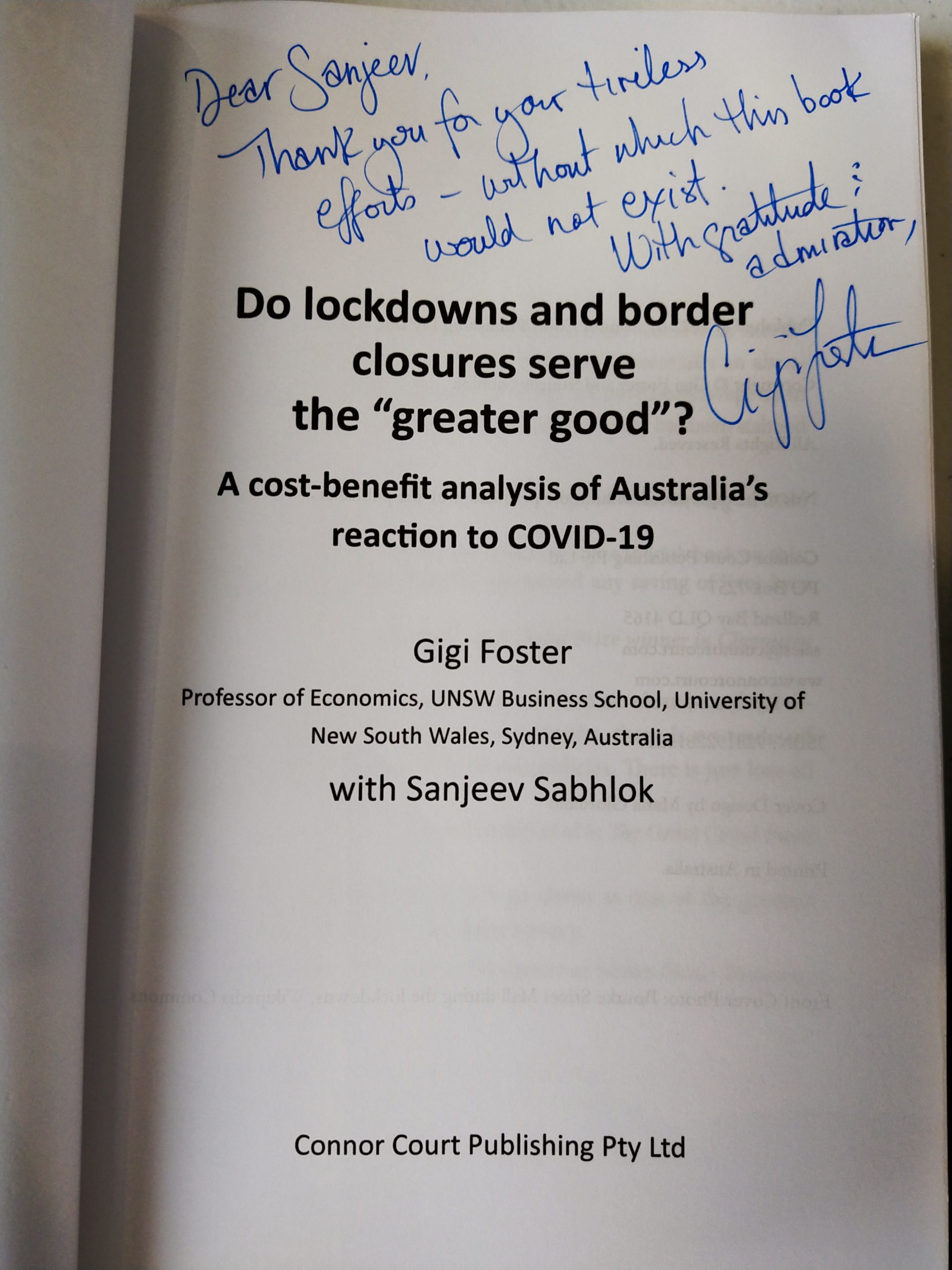 END_OF_DOCUMENT_TOKEN_TO_BE_REPLACED

Shadow banning is real and has been happening to me for nearly two years now.

Telegram is the only honest platform I know of – never the slightest censorship. 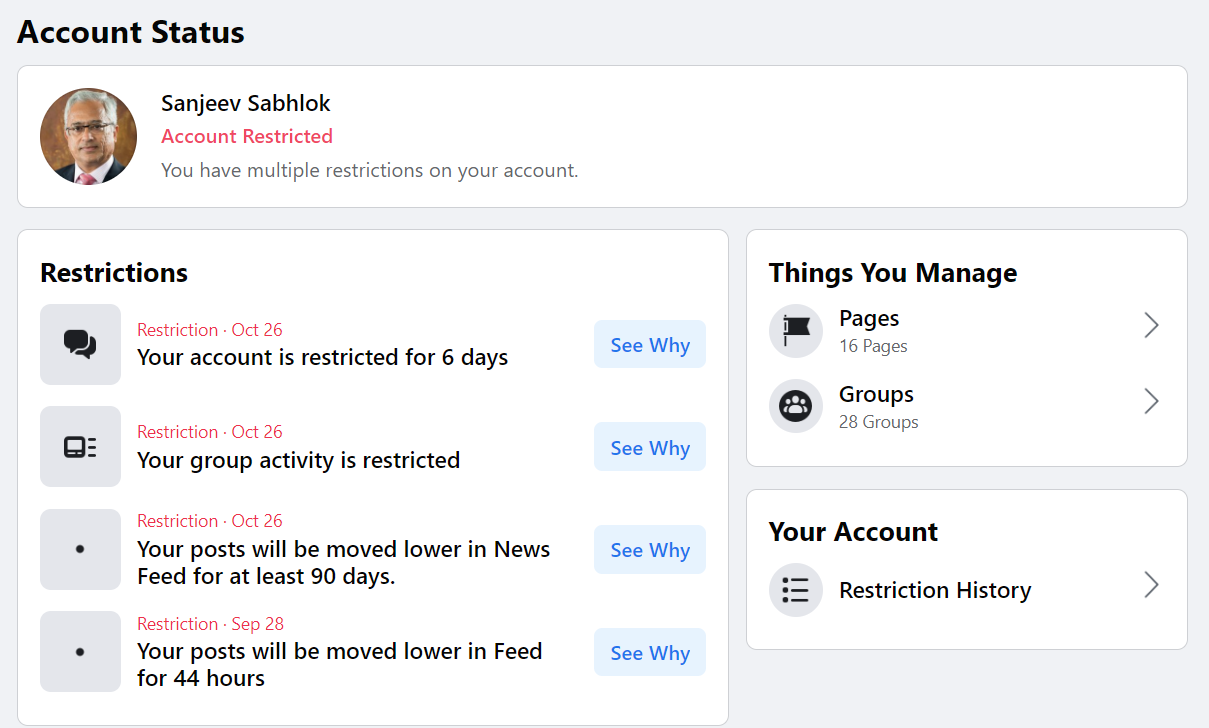 First went Linkedin. This was sometime in late 2020. Disappeared, all of a sudden. I had over 6000 followers.

And Facebook (where I have over 7k followers) has kept choking me throughout. See this massive list of “punishments”.  Even today my account is being punished by FB – it is basically invisible to anyone. This has gone on for over a month, and applies to all my pages, including the campaign page for Bulleen. 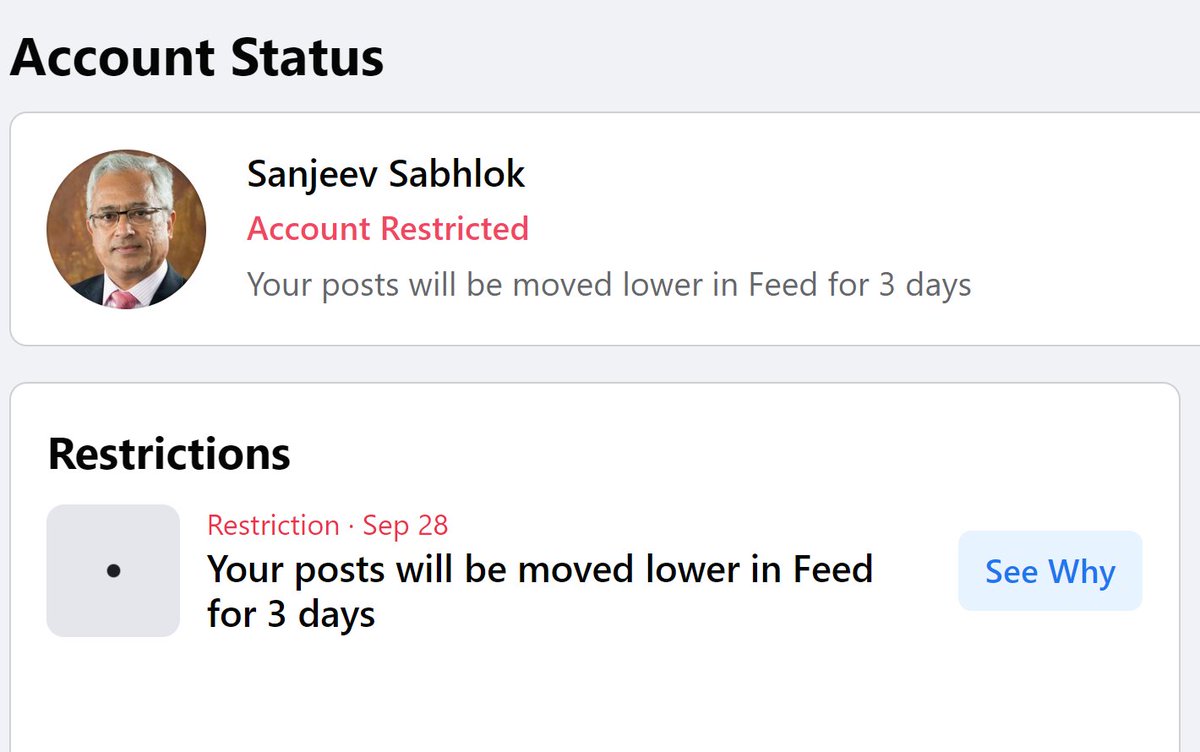 This criminal gang not only slandered me but refused to give me space to refute its ENTIRELY false propaganda: https://www.sabhlokcity.com/2021/06/my-supplementary-complaint-to-the-press-council-regarding-abcs-scurrilous-article-of-16-april-2021/

END_OF_DOCUMENT_TOKEN_TO_BE_REPLACED

Update on my campaign in Bulleen constituency in Victoria

An email I sent out to the media a moment ago:
==

Since September 2020, when I resigned in protest against Dan Andrews’s Police State, I have been fighting the terror and tyranny unleashed by governments across Australia in the name of protecting us from a pandemic.

I am now contesting the seat of Bulleen in the Victorian Parliament and would be happy to explain, to anyone who is interested, why I’m putting in so much effort – costing close to $40,000, something I simply can’t afford. But how can one put a price tag on liberty? If the opportunity cost (my resignation) is added up, I’ve spent well over a quarter of a million in fighting Australian tyranny.

Well over ten thousand Australians (many Victorians) have already been MASSACRED by Australia’s governments through lockdowns, while not more than 5,000 have been temporarily saved, on net, by these draconian policies. When the havoc and devastation created is added up, the harms of lockdowns exceed benefits by at least 68 times. These facts are self-evident, but I can personally explain to anyone who is interested.

I’m attaching my last flyer (out of four) which I sent for printing last night, for distribution in early November. My previous flyers and messages distributed across the constituency are available at: http://bit.ly/sabhlokbulleen.

END_OF_DOCUMENT_TOKEN_TO_BE_REPLACED

There is a new feature by bit.ly – they allow 50 such free URLs per registered user each month. A great improvement to their cluttered URLs of the past.