A note on the logarithmic impact of CO2 on global warming

This is something I’ve come across a long time ago but a couple of people challenged it recently. Both have been muted since they were not adding any value. But the discussion was still illuminating. 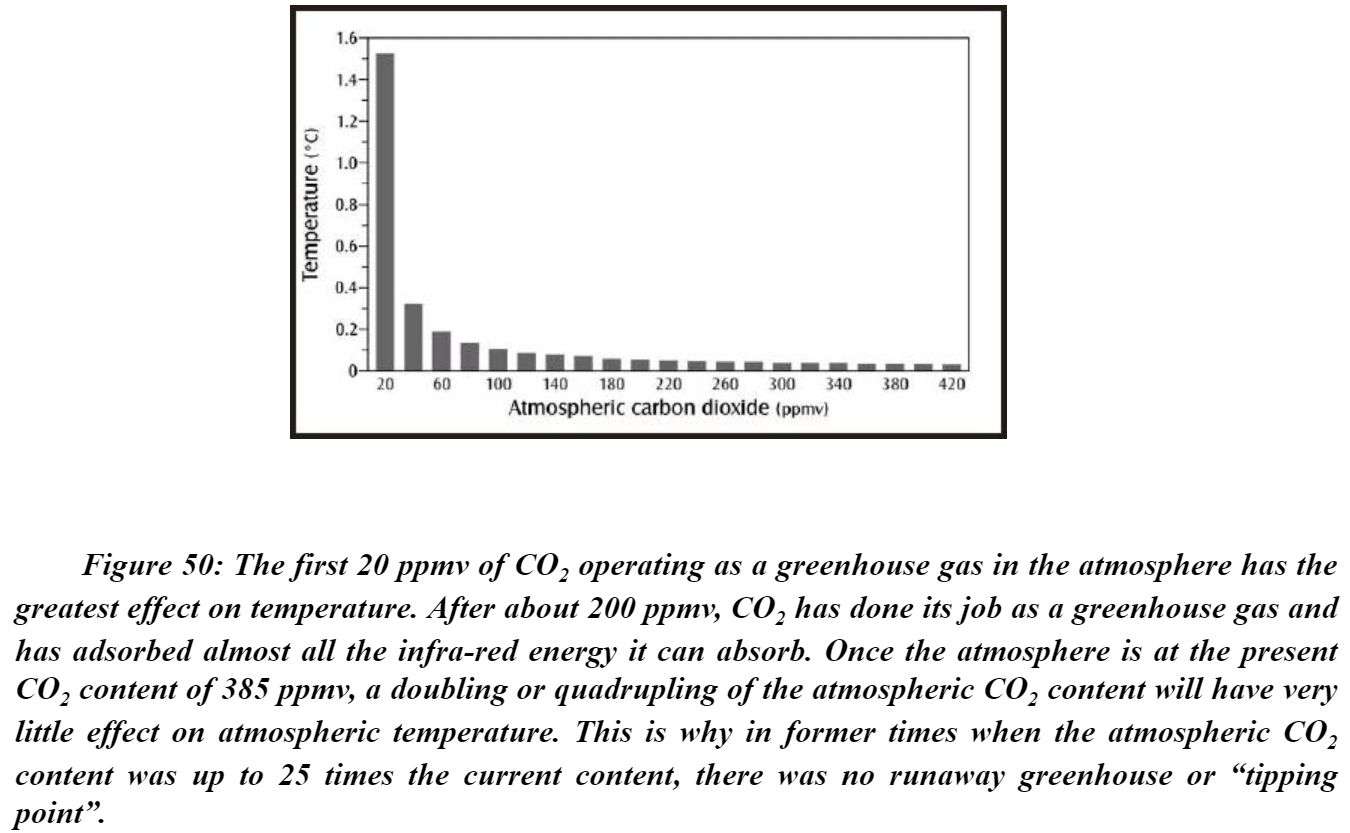 The Royal Society makes a similar point but then waves its arms about to claim that it STILL warms significantly. That’s not substantiated and those who’ve debated with me have not provided any alternative.

I wrote to Prof. Plimer for his evidence of this chart and he’s not responded yet. But Prof. William Happer did say the following:

Note that Prof. Happer is NOT saying that Arhhenius is right or even that Plimer is right. All he’s saying is the the Plimer graph is QUALITATIVELY right. And to see a modern interpretation, he cites this paper: https://aapt.scitation.org/doi/10.1119/1.3681188.

The following equation is seen in this 2012 paper: 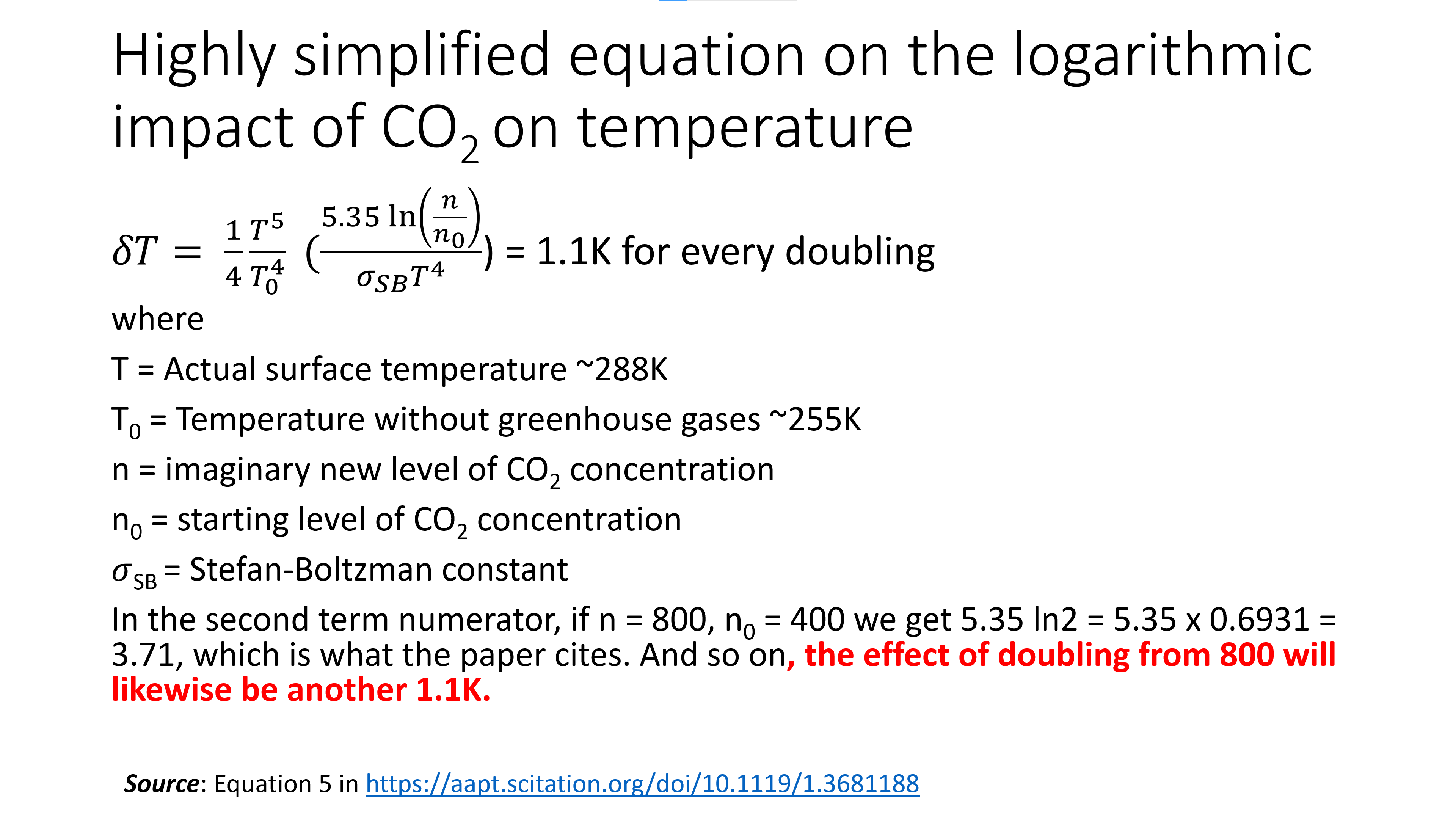 Now, it is argued that the original Arhhenius assumptions were all wrong, so we can’t use this logarithmic equation.

The Wilson et al paper insists that it is merely using simplifications – and that the actual relationship is more complex. He then compares the results of simplified models with the more complex ones and they broadly match.

So as far as I’m concerned, it remains valid for common discourse to continue to use the logarithmic model since the key point is that doubling CO2 doesn’t double the temperature (or anything as extreme as that). There is a declining impact on temperature of increased CO2.

Now the logic of this is very clear – but I won’t go into it here: have explained elsewhere. But the key point is that there is nothing to panic.

Essentially, we are not in the “panic” zone.

« Do lockdowns and border closures serve the “greater good”? A cost-benefit analysis of Australia’s reaction to COVID-19 – Gigi Foster with Sanjeev Sabhlok
Transcript of the John Ioannidis movie »
View more posts from this author