List of statement by politicians, media and academics comparing COVID with Spanish flu

[UPDATE: There’s been coverage in Sky News of my challenge to politicians to prove their claim]

The lies Australians were told during the covid period are so huge they boggle the imagination. Can humans be so gullible?

Can humans be so crooked? If this was merely something about some initial misapprehensions that these people had but then realised were wrong and apologised about their blatantly false statements, that would not qualify them as “crooks” in my mind. A crook is someone who HAS the opportunity to research and study an issue, is repeatedly told he is wrong, but still propagates falsehood.

On 18 March 2020, Australia’s Prime Minister Scott Morrison said: “This is a once in a hundred year type event, we haven’t seen this sort of thing in Australia since the end of the First World War.” [Source] Youtube 1 |

29 March 2020: Premier of Queensland, Annastacia Palaszczuk: “The severity of the COVID-19 pandemic echoes the ‘Spanish Flu’ epidemic of 1918-19” [Source]

23 April 2020: Ms Sarah Connolly, Labor Party MP in Victoria’s Parliament:”[T]he coronavirus pandemic that has sunk its teeth into our cities and communities across the world will most certainly be remembered in history as the health and economic crisis of our
generation—one reminiscent of the Spanish flu”. [Source]

18 June 2020: Peter Lindsay Walsh, National Party MP in Victoria’s Parliament on : “We have a crisis in this state that is unprecedented in our lifetime and in the lifetime of many people. You have actually got to go back to the First World War and the Spanish flu epidemic or the Great Depression of the 1930s to see the state in a similar situation to what it is in at the moment.” [Source]

On  12 July 2020 it was reported that Chief Health Officer of Victoria, Brett Sutton had called covid “the greatest public health challenge … since the Spanish flu”. [Source – and this]

13 October 2020: Ms Sonja Terpstra, Labor Party MP, in Victorian Parliament:”[T]he government recognises front and centre that of central importance is making sure that we protect the health and safety of all Victorians from this incredibly dangerous pandemic, an international pandemic known as COVID-19, something the likes of which none of us have seen in 100 years of living. You know, the closest thing to this was the Spanish flu 100 years ago, so we are in unprecedented times. And of course unprecedented times call for unprecedented measures.” [Source]

8 December 2020: Mr Darren Cheeseman, Labor Party MP, “the last time we faced the circumstances that we as Victorians have faced this year I reflected of course on the Spanish flu. That was the last time that Victoria and indeed really the global community experienced a pandemic that has had such profound consequences for the health of Victorians”. [Source]

9 December 2020: Ms Danielle Green, Labor Party MP in Victorian Parliament: “When we look at this crisis, a one-in-100-year pandemic which we have not seen the likes of since the ill-named Spanish flu”. [Source]

Victorian Parliament research paper: “Particular attention is paid to the 1919 Spanish flu, the episode with which COVID-19 is most frequently compared.” [Source]

2 March 2021, Ms Harriet Shing, Labor Party MP in Victorian Parliament: “We have seen measures of integrity and a bipartisan or non-partisan approach from several opposition leaders around Australia as this country, indeed the world, has grappled with a pandemic the likes of which we had not in fact seen since the Spanish flu swept around the world”. [Source]

18 July 2021, Tony Abbott, former Liberal PM, in interview with Nick Cater (44.5 minutes): “Look, I don’t want to be too critical of government because the pandemic was a completely unprecedented challenge. Not since 1918 have have we faced a challenge a health challenge of this magnitude”

8 September 2021, Matthew Guy, Liberal Party opposition leader, in Victorian Parliament: “As Victorians know, for the last 18 or 20 months we and the rest of the world have been consumed with the issue of COVID” … “dealing with the greatest health crisis in our lifetimes” [Source]

7 October 2021: Mr Darren Cheeseman, Labor Party MP, in Victorian Parliament: “I must say we live right now in extraordinary times. We live in times that indeed society really has not experienced for more than 100 years, not since globally we saw the Spanish flu”. [Source]

7 October 2021, Martin Foley, Labor MP and Minister for Health, in Victorian Parliament: “[T]he honourable member rightly identifies as the most significant public health crisis I suspect not just in our lifetimes but probably since the 1919 Spanish flu global pandemic”. [Source]

On 21 November 2021 Victorian Premier Dan Andrews referred to this pandemic as a “one in 100-year event”. [Source]

23 February 2022: John Eren, Labor Party MP, in Victorian Parliament “It is really hard when you are in government, whether it is state, federal or local government, at a time when there is a one-in-a-hundred-year pandemic”. [Source]

28 February 2020: “Bill Gates: Coronavirus may be ‘once-in-a-century pathogen we’ve been worried about’”

CROOKED “ACADEMICS” WERE NO LESS

“There are some striking parallels between 2020 and 1919”, said medical historian, Dr Peter Hobbins” [Source].

UNSW: “There are many similarities between Spanish flu and coronavirus” [Source] 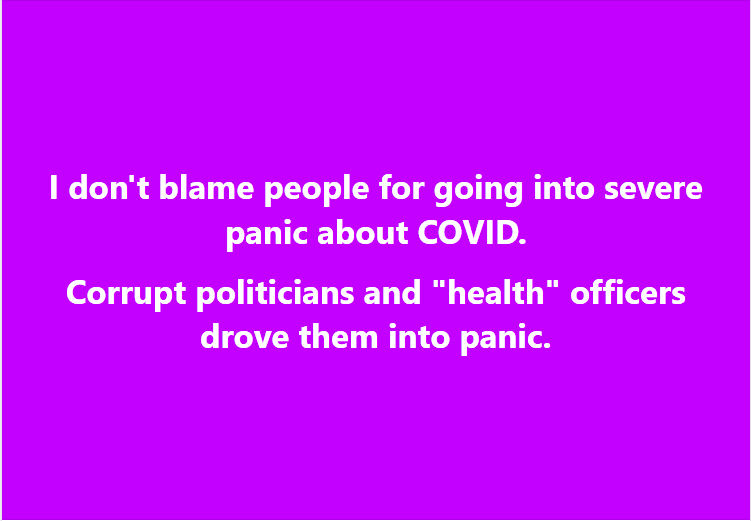 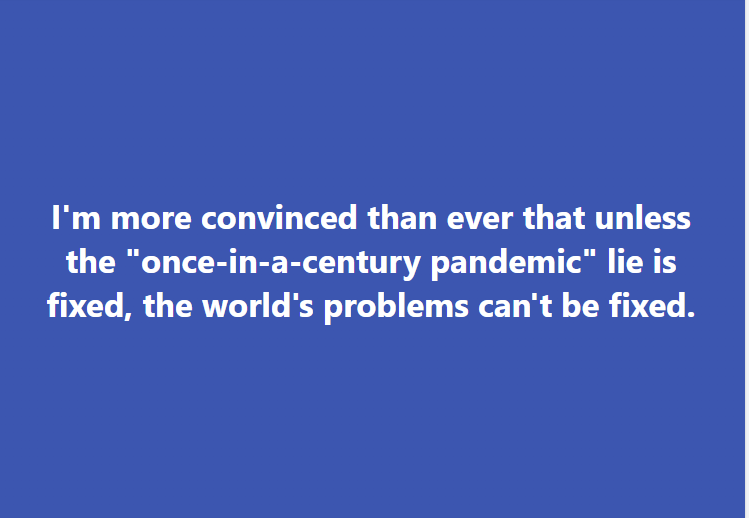 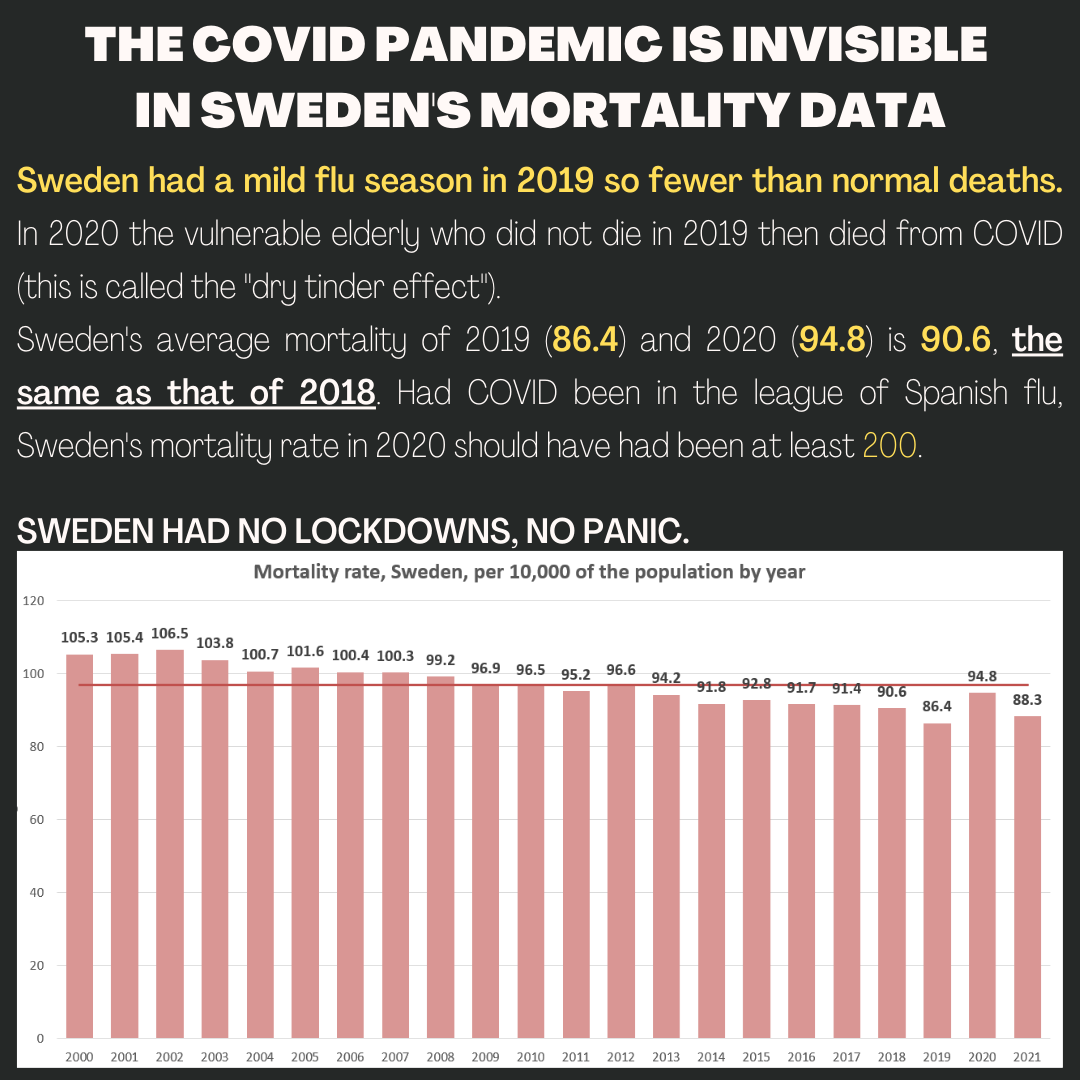 My challenge to Dan Andrews and Matthew Guy

And a challenge to Tony Abbott

« A preliminary translation of the Sanjay Garg FIR (also a news report in Indian Express)
Further (fourth?) mess-up by Alex Berenson – NO, excess deaths in Australia are NOT due to vaccines »
View more posts from this author