I’ll be contesting my first election since student days, 44 years ago – for the Australian federal Parliament

The Australian Electoral Commission has accepted my nomination as candidate for Menzies from Australian Federation Party.

In 1978, I contested my first election – for the position of Secretary of the DAV College Jullundur student body. I could not contest for the President role since that was only available to Masters students. During this contest I gained first-hand information about the corrupt and violent system of student politics in India. I was the leading candidate for this position but machinations by opponents including a lot of money splurged meant that I narrowly lost (students did not directly elect: there were class representatives who elected, and being few in number, were vulnerable to money). The Congress party bankrolled the candidate who won. I have always detested the Congress (from well before 1978) – initially for its corruption but later also for its socialist agenda.

That experience of student politics was invaluable in helping me understand India’s political system – in which the “major” political parties operate as a full-fledged criminal mafia.

Anyway, the way things have happened in my life (despite my commitment of 1998 to help form a liberal party for India – which I did succeed in helping create), I would never have contested any election after that, but the tyranny unleashed in Australia in 2020 made me resign my job and I’ve been forced to help create a new political party (which then merged into Australian Federation Party).

I’m now officially a candidate for election to the Australian federal Parliament, being held on 21 May 2022. Not much has changed from my college days: I remain a person of extreme idealism and commitment to integrity and liberty. And like was the case in 1978, I have no money; the party I am part of, today, has no money either.

So why am I doing this? I do this because I believe life is a battle between good and evil. To me it doesn’t matter in the end who wins. Without fighting evil, we will be entirely swamped by evil. All that matters is that the good must never give up. Life is all about the journey – not about the “end” – which is only one: certain death of each one of us. And so, the principle of Nishkama Karma holds true as the highest ideal that should inform our actions. JUST DO THE RIGHT THING. 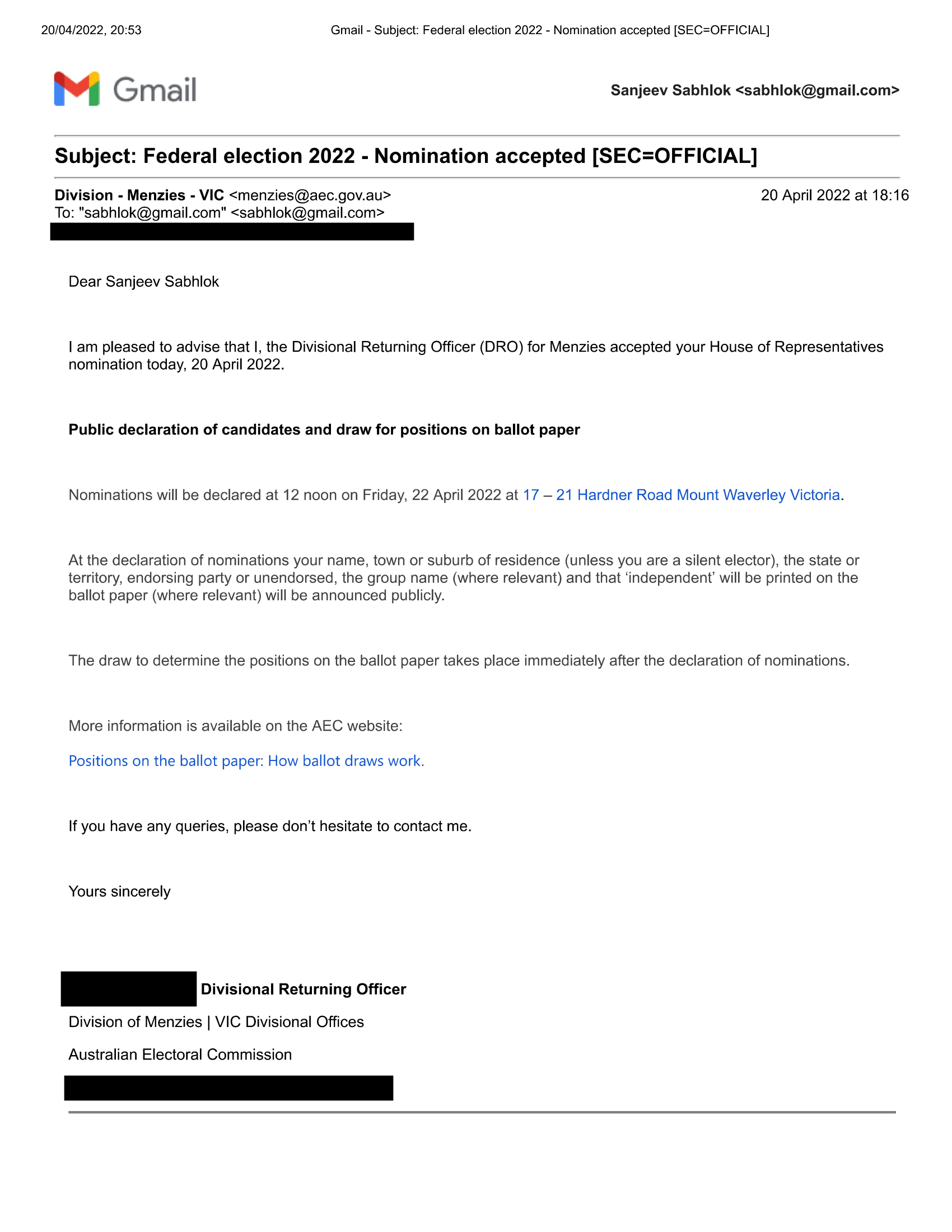 This entry was posted in Politics.