Can anyone identify the name of this person who received a book from Harold Demsetz in 1992?

In 2011, Harold Demsetz had sent me his 2008 book, and I recently acquired his 1982 book: Economic, Legal, and Political Dimensions of Competition. Amazingly, it had his signature of 1992, his last personal copy.

Can anyone decipher the person to whom he had gifted his 1982 book? 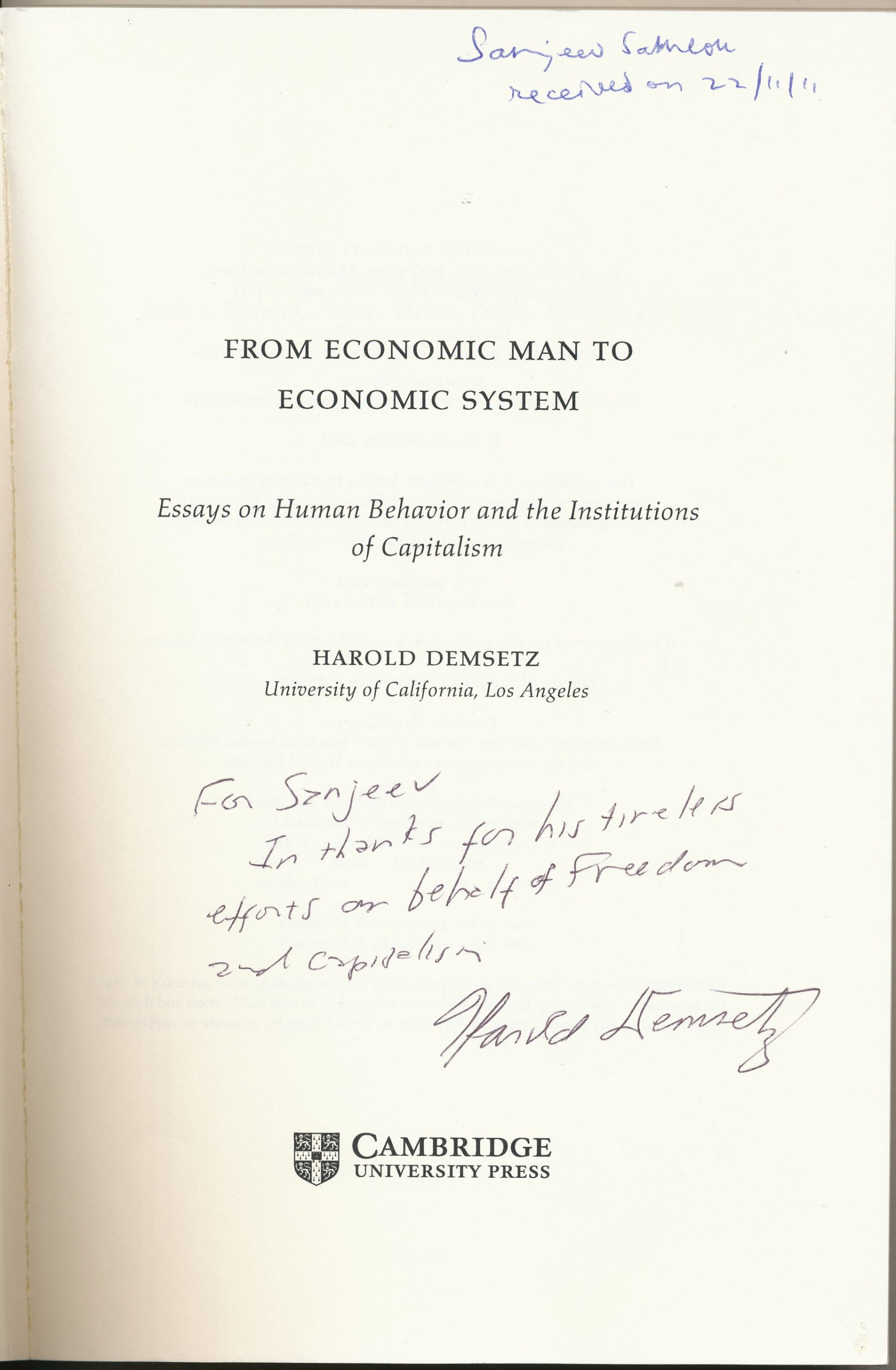 This entry was posted in Books.

« Hindu Bias in India’s ‘Secular’ Constitution: probing flaws in the instruments of governance
A 200-page first complete preliminary draft of a Discussion Paper on agriculture policy is now available for comment »
View more posts from this author