Why I will not be joining United Australia Party

I’m looking to join/build a genuine liberal party in Australia which is also committed to the poor and disadvantaged.

Summary of my reasons

Till a few months ago,  UAP was known as “Clive Palmer’s United Australia Party”. It was a one man party, a micro-outfit.

Then, in order to hide that this party is his fiefdom, Palmer got his name removed from the party’s name. But he did not resign and leave the party. It effectively remains his personal fiefdom unless one sees evidence otherwise.

I need to get Morrison out first. If we allow him to come back then everything is lost. In the worst case, if Australian Federation Party (AFP, with which AusReps has combined) doesn’t form government, Labor will get to form it. That’s bad but first of all we’ve got to get ScoMo out. That will send shivers across all parties that they can be booted out and they’ll behave. We must then get every incumbent Premier and MP all over Australia booted out.

But Palmer has always transferred his party’s preferences to the Liberals. He seems to undertake deals behind our backs and is not transparent. I have checked with many people who have worked with Palmer. He’s not a man who tells you the truth about his intentions and plans. And never discusses with anyone.

He has publicly appreciated Morrison in a letter for his “great” handling of the pandemic. His statement implies also that  Dan Andrews has done a “great” job. Sorry, I don’t buy that. 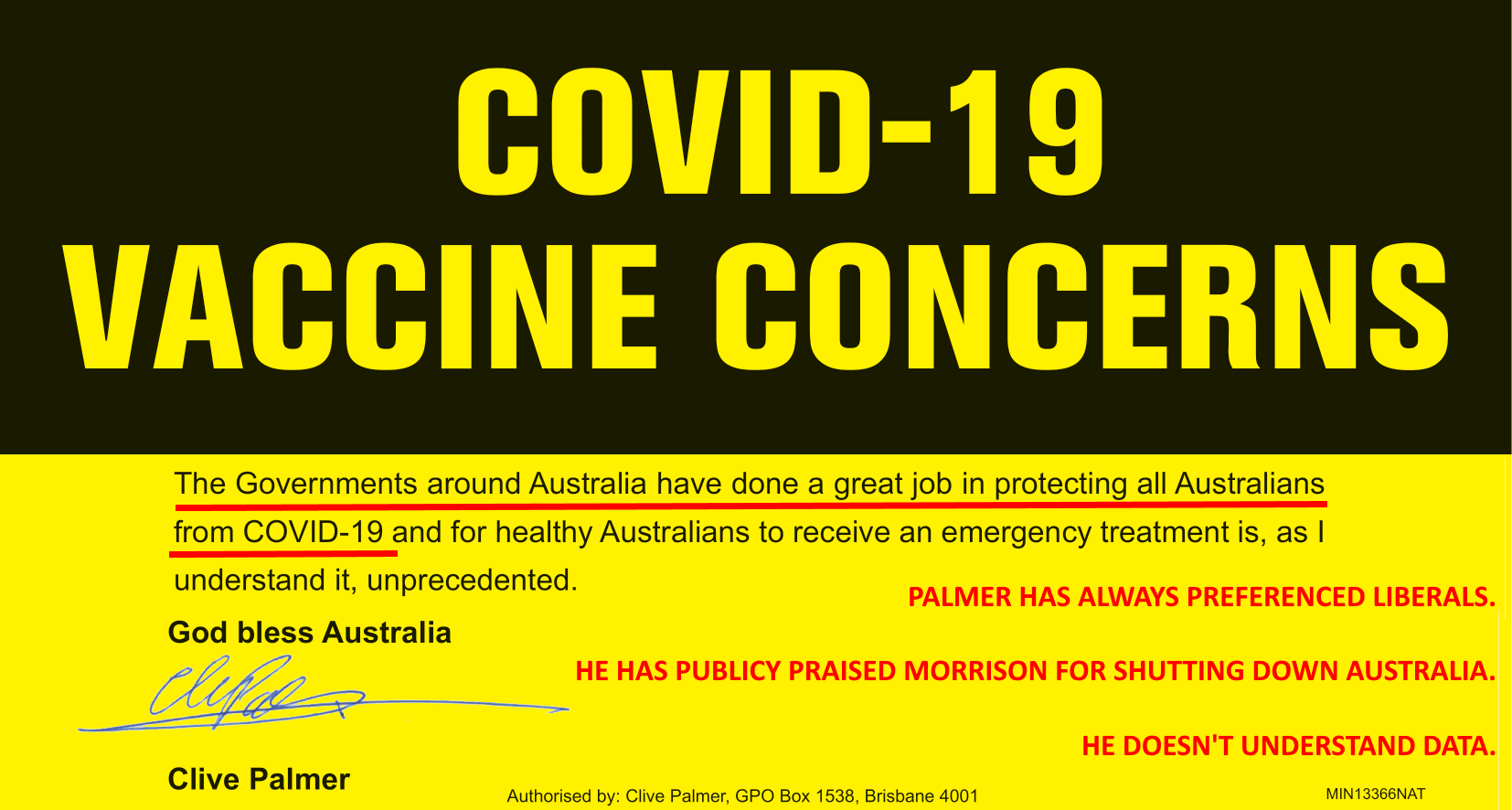 4. UAP WANTS TO DESTROY THE FEDERATION

UAP has called for a referendum to abolish the states. 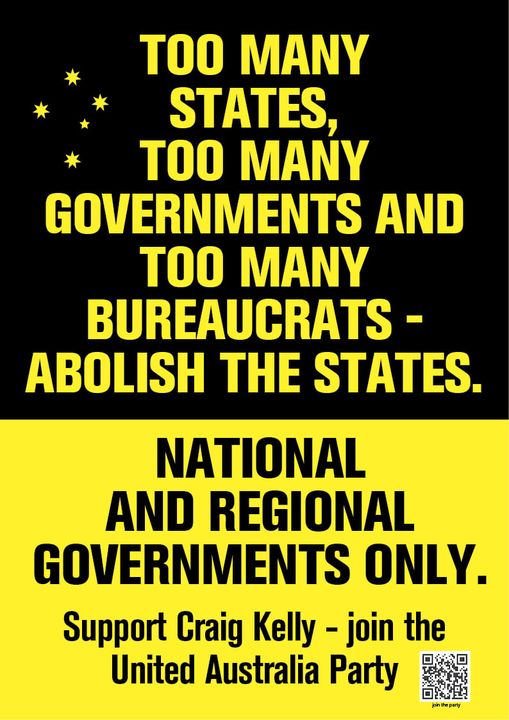 I entirely disagree with centralisation. The failure of Australia has been of its institutions, not of the design of the federation. We must not throw out the baby along with the bathwater.

I have expressed my concerns to Craig about such a policy. It is unclear the level of control Craig has on UAP policies. He has not responded to any of my messages since he joined UAP.  I suspect he exercises no control over UAP in any way.

5. PALMER DOES NOT HAVE THE VISION FOR DEMOCRACY THAT PETER HARRIS HAS

I’m deeply persuaded by Peter Harris’s vision for a deep and genuine representative democracy. I’ve written about it elsewhere. UAP has nothing of that sort, and continues to reek of a single man who will decide everything for Australia. Not good enough for me.

In my view UAP has not established itself as a credible opposition, even with Craig Kelly – a person whom I greatly admire. Then there is the disturbing act that even though Craig Kelly personally knows about all the details, he has allowed RDA to merge into UAP. RDA is a highly problematic organisation.  He should have exercised great caution.

So, I will not be joining the UAP.

My first preference is for AFP (Australian Federation Party) to be re-registered under the new electoral laws. If that doesn’t work out I might consider joining One Nation, LDP, GAP or IMOP. I will contest the seat of Menzies even if I only get my own single vote.

The best way for UAP to demonstrate good faith is to join CADCO that has been organised by Rod Culleton – the Commonwealth of Australia Democratic Cooperative.

MY SUGGESTIONS TO CRAIG

I would like to add that for a while I was deeply disappointed by the smaller parties and had suggested to Craig that if he does a few things, I’d be happy to join him. One of the key things I asked Craig was: “UAP needs to throw out an ultimatum to Morrison to start speaking the truth or that the UAP will preference Liberals last.” IT IS CRUCIAL THAT MONEY BE SPENT ON STOPPING THE HYSTERIA AND LIES. But he did not respond – and not once has UAP thrown out such an ultimatum or bothered to douse the hysteria by telling people that covid is 50 times smaller than Spanish flu. Instead – to all appearances – the UAP seems to be systematically trying to funnel the “anti-vax” vote into the Liberal party.

« How MORRISON HAS SABOTAGED the registration of Australia’s Representatives party (AusReps) – THE LIBERALS MUST GO. PERIOD.
Some old pictures from defence negotiations my father conducted for India »
View more posts from this author