Conclusive proof that Morrison has lied about saving 30,000 lives – my email

The massacre in Australia since November 2020. Mr Morrison – the buck stops with you.

The 30 September 2021 data released by ABS shows that some deaths were delayed in 2020 in Australia for a few months by the lockowns but no deaths were avoided. Since November 2020 Australia is seeing a massacre. There’s only one explanation: the massacre is being caused by Australia’s draconian lockdowns and border closures – exactly the way it has caused excess deaths in the UK and all over the world where lockdowns were imposed.

How many lies can one man tell in his life? (And don’t forget the FOUR BIG LIES OF MORRISON). MORRISON, THE BUCK STOPS WITH YOU. 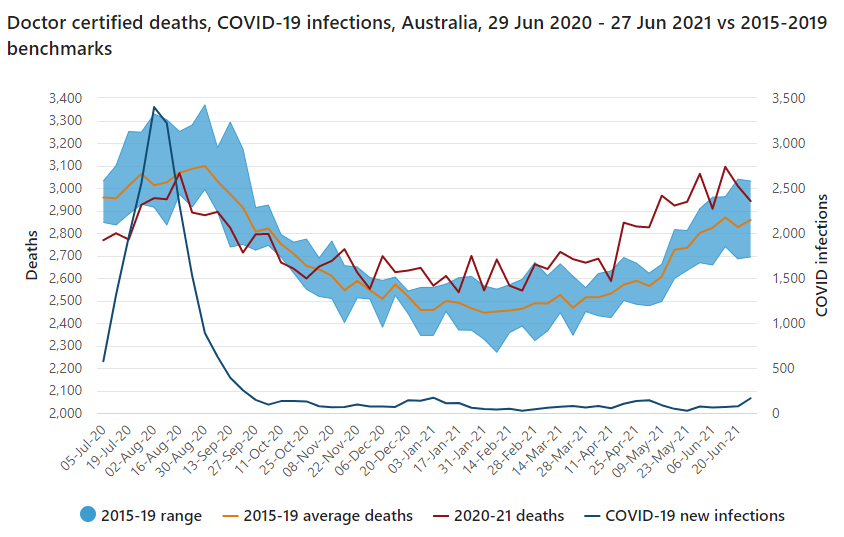 « I interviewed Dr Srinivas Kakkilaya today re: India’s covid panic and catastrophic policies
How did The Australian publish this by James Allan? »
View more posts from this author