After Twitter blocked my account and their tech support wouldn’t respond for days, I started using my backup account. But that lasted only a few days. That too got blocked. 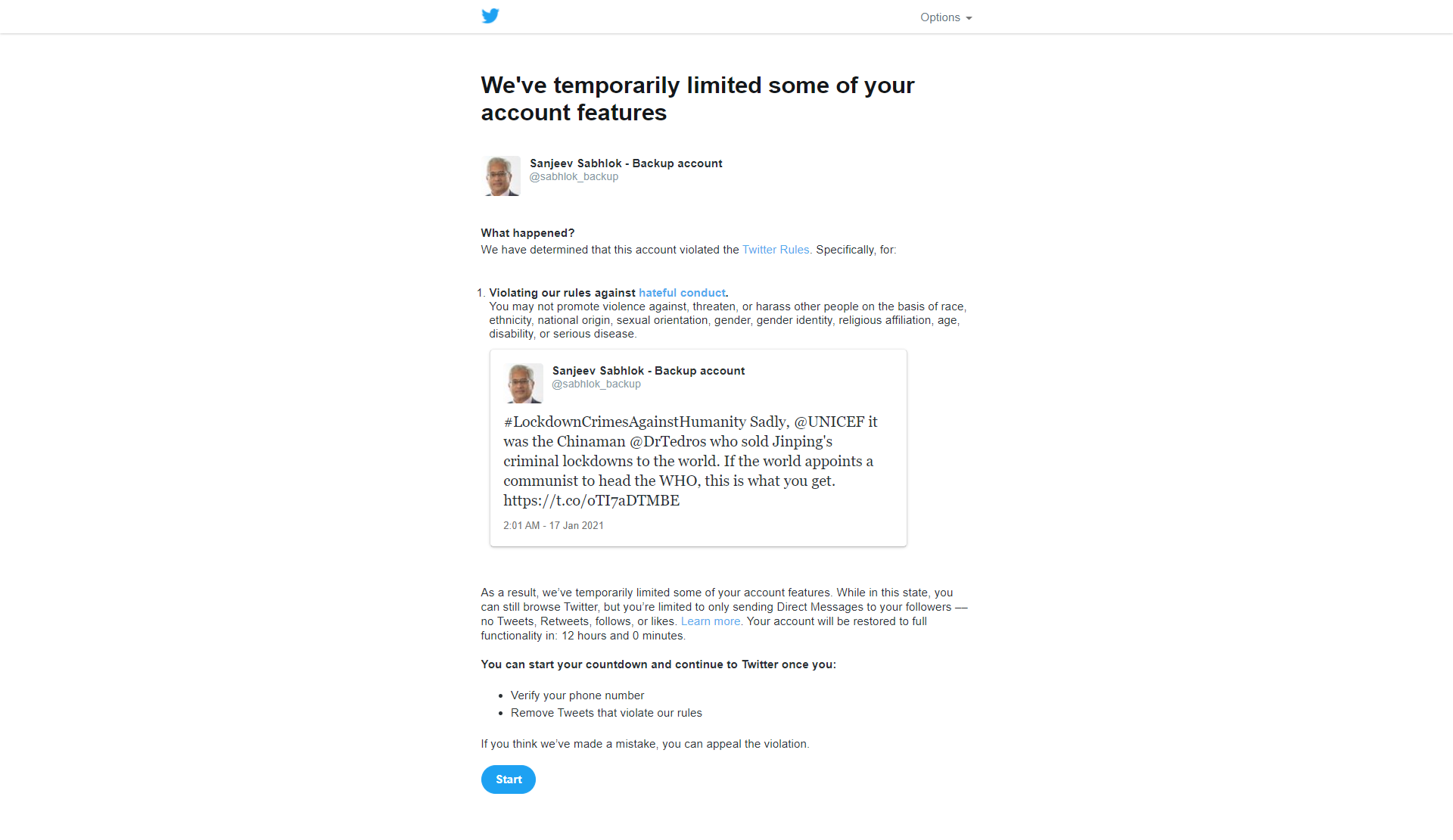 Finally, after using my wife’s phone number I managed to recover my main account but first I had to DELETE my tweet. 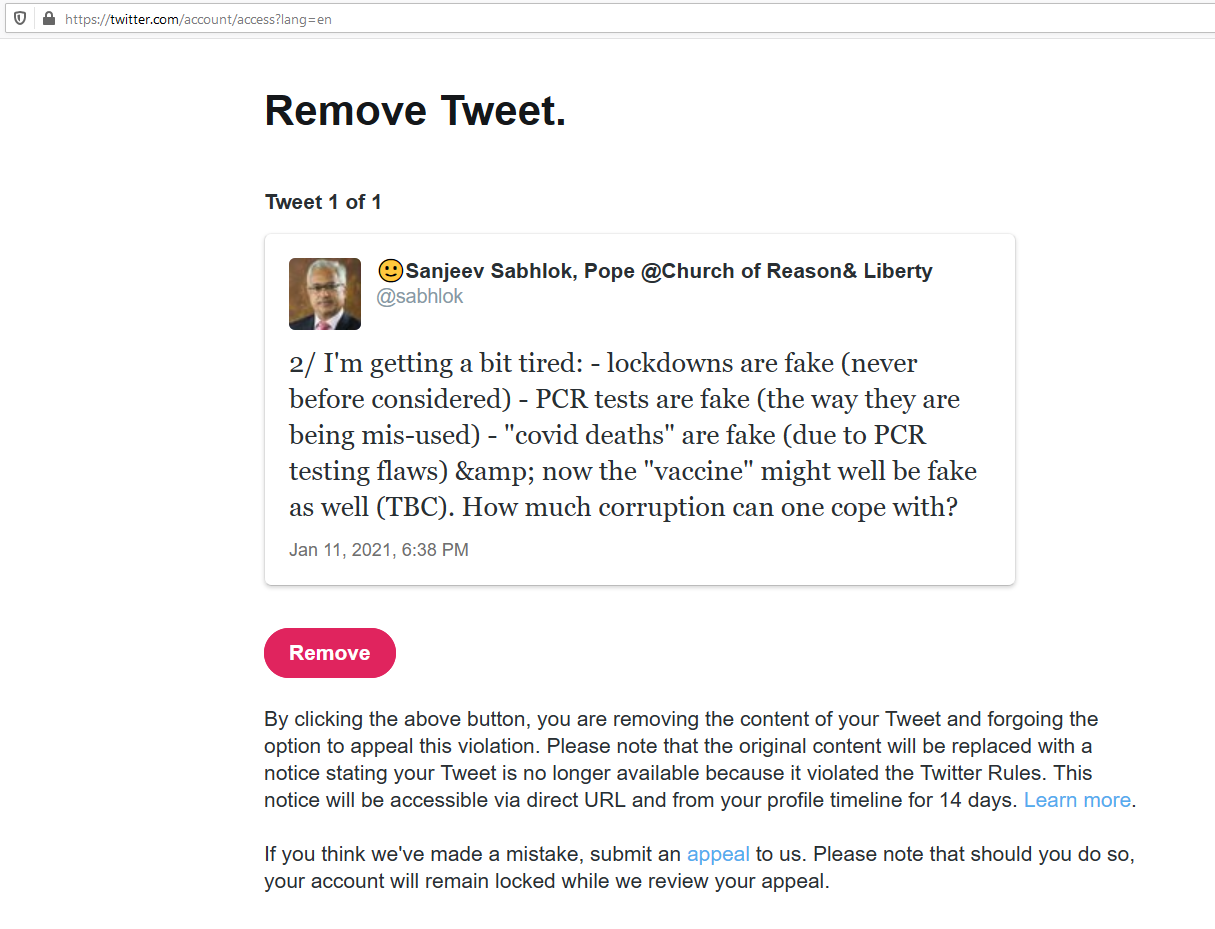 So essentially, these people won’t tolerate any discussion of government corruption. And facebook blocked me for criticising the police brutalities in Victoria. They are full-fledged mouthpieces of government. This is a criminal attack on humanity itself.

From 2020 onwards you can’t criticise the government or say anything that these criminal owners of Twitter/Facebook object!

Social media and MSM have acted as branches of government during the covid pandemic, blocking out any criticism of the data or policy (that’s the reason my Facebook and Twitter account was locked out and LinkedIn permanently blocked).

We are seeing a case of strong collusion between government, media and social media. So I’m afraid freedom is now on its deathbed across the world.

The fact that this is a systematic political attack on promoters of liberty is very clear: e.g. https://www.washingtonexaminer.com/news/ron-paul-facebook-blocked

Property rights can’t be used as excuse to convert a society into a communist society. These people are criminal and will not allow any speech other than one that supports their criminal intent. When criminals are running the show and attacking basic liberty across the world, I think we cannot afford to take the kind of argument that we might take if these people were doing things in good faith. There is clear political and therefore criminal intent to block speech of a particular type.

What Epstein is saying is that such companies are carriers, and like a train company can’t stop a consumer from travelling just because of his/her political views, you can’t stop the use of Twitter or Facebook based on someone’s political views. There is a massive attack on some types of speech that has been launched by these companies that is a serious problem. The FCC might need to consider this issue and decide, whether these extremely large companies are carriers.

And note that this attack is being beefed up. They are now going to try to prevent even network carriers (e.g. broadband providers) to censor channels they don’t like. See the attached video from a commentator on CNN.

Basically, this full-fledged attack on speech is not protected by private property rights. Private property has always been moderated in human history: that is one thing that is not absolute. Likewise property rights do not trump free speech rights. It is a matter of prioritisation and striking the right balance in society.

It is a huge issue for consumers to invest time and money in building a presence on one of these companies, only to be kicked out at the slightest comment which these companies don’t like.

This entry was posted in Uncategorized.

« My next TOI blog post: The covid vaccine is good but the people must decide
Assamese Irredentism – a comment by Nari Rustomji, 1983 »
View more posts from this author