Notes on innate immunity, particularly in relation to coronaviruses

This is preparatory material for a TOI blog post I plan to write to address Tim Colbourn’s question.

The idea here is to understand the concept of innate immunity further and to work out whether Sunetra Gupta is right.

This article suggests innate immunity can work excessively (cytokine storm) – which can be dampened with high levels of Vitamin D. The elderly often have very low Vitamin D.

We might be facing a Vitamin D deficiency issue here, not a deadly virus per se.https://t.co/ZutObT8L4v

Where is the evidence for innate immunity to SARS-Cov-2?

This is a new deadly disease and surely given the number of deaths in many places the precautionary principle should hold? More people died in London of Covid19 in April than during the Blitz in WW2!

Following entry into the respiratory tract and infection of predominantly epithelial cells, viruses trigger the innate immune responses including the inflammatory response.

Neutrophils enter the lung parenchyma within hours of infection, followed by monocytes/ macrophages, natural killer (NK) cells and then T cells within a few days of infection. The T cell infiltration peaks at 7 days post-infection, correlating with viral clearance from the lung. Neutralizing anti-bodies are also present around 7 days post-infection, and are maintained in the host as a first line of defence against re-infection.

The innate immune cells elicit an early anti-viral response following recognition of the pathogen by pattern recognition receptors including Toll-like receptors (TLRs) and RIG-like receptors. The engagement of these receptors induces signalling cascades that generate type I interferon (IFN) and pro-inflammatory cytokines. These molecules control the infection by mechanisms of viral cleavage and inhibition of viral fusion, replication and translation, by activating cytolytic cells and stimulating humoral factors including acute phase proteins, defensins, collectins and complement proteins. However, as these responses can lead to immunopathology in the lung mediating the morbidity and mortality of respiratory viral infections, they require immune regulation. [source]

Innate immunity comprises a suite of individual defenses against pathogens that is genetically predetermined and that ensures immediate protection without requiring prior stimulation and subsequent reactive response (Rumyantsev, 1983; Soosaar, 2005). Innate immunity is a general biological principle that provides relevant antimicrobial defense to all types of living beings, including humans (Fig. 3). This type of resistance is of primary importance not only in its phylogenetic origins, but also for its contemporary significance (Rumyantsev, 1983, 1998; Kaufmann et al. 2002). Innate protection factors develop during ontogeny without interaction with any particular parasite or parasitic product. They are inherent and present in the body before attack by disease-causing agents. The manifestations of innate immunity can be observed in species, populations and individuals, as well as in cells and subcellular structures. [Source]

The nature of such innate insusceptibility remains undiscovered and the true number of susceptible individuals among humankind elusive. The mainstream of immunology has not been involved in this kind of immunity. Therefore, nobody can predict today which kind of influenza virus could induce the next pandemic among humans, or where and when such a pandemic might occur. [Source]

Species and individual diversity in genetic immunity to many infections is already a widely known fact. For a long time, however, this phenomenon was neglected by both immunologists and epidemiologists, although regarded as essential (Boyd, 1966; Kaufmann, 2002). Near the end of the last century, that situation began to change (Rumyantsev, 1983, 1998; Bieniasz, 2004; Kimman, 2001; O’Brien & Dean, 1997). It was discovered that this kind of immunity is determined by genetically programmed and very specific constitutional features of the individuals, populations and species. [Source]

Innate immunity is a pattern recognition mechanism – act on a wide range of viruses: a non-specific system.

A word about the lymphocytes: There are two other types – the T lymphocytes and B lymphocytes, which are part mainly of the adaptive immune system. 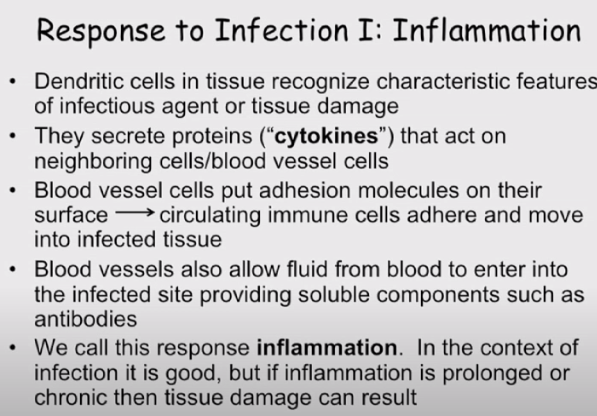 Emerging bat-borne viruses, such as coronaviruses that cause SARS and MERS inhibit innate antiviral responses in the infected host while inducing a strong pro-inflammatory cytokine response that is associated with immunopathology and significant morbidity and mortality [Source]

Interferons (Type I, being alpha and beta) are a cytokyne produced when a virus infects a cell. They percolate outside the infected cell and latch on to neighbouring cells, leading them into an anti-viral state. These interferons also signal NK cells to kill the infected cells.

INNATE IMMUNITY IS NOT JUST REACTIVE, IT IS ADAPTIVE AS WELL

It is crucial to note that “there is a growing appreciation that the adaptive and innate immune systems may have many similar characteristics.” [Clinical Immunology Principles and Practice, 4e by Robert R. Rich et al]

This suggests that those with prior exposure to coronaviruses (in common cold) are likely to have had stronger innate immunity. This is also the reason why “trained immunity” occurs, and virtually any live vaccine can trigger a wider innate immune response.

For many coronaviruses, there is no known mechanism of how they evade the host innate immune system. It is hypothesized that it is by either (1) actively producing IFN antagonist proteins, (2) using their own replicase proteins to modify host proteins or by (3) the formation of double membrane vesicles and compartmentalizing replication and perhaps other coronavirus RNAs. The use of double membrane vesicles could hide the RNAs produced by protecting them from the RNA sensing machinery. There may also be a role for N in shielding the viral RNAs from the dsRNA and ssRNA sensing pathways. Many of these possibilities are being actively investigated. [Source]

coronaviruses are RNA viruses that replicate in the host cytoplasm and evade innate immune sensing in most cell types, either passively by hiding their viral signatures and limiting exposure to sensors or actively, by encoding viral antagonists to counteract the effects of interferons. [SOURCE]

This is how SARS virus evades innate immunity: https://www.jimmunol.org/content/193/6/3080.short

Innate immunity is considered as the first line of defense against invading pathogens. The cells engaged in the innate response include phagocytic cells (monocytes, macrophages, and neutrophils), natural killer (NK) cells, and other cells releasing inflammatory mediators (basophils, eosinophils, or mast cells). During the development of an innate immune response, neutrophils and macrophages play an essential role in the elimination of microbes using various mechanisms, including the production of reactive oxygen species (ROS). In addition, this frontline protection is supported by NK cells guarding against infections and tumors (Delves and Roitt 2000). [Source: Immunomodulatory Role of Vitamin D: A Review – Agnieszka Skrobot et. al]

« My next TOI blog post: The effect of innate immunity, cross-reactivity, trained immunity and vitamin D on Covid-19
If Sunetra Gupta is right, then Sweden, UK and Spain are close to herd immunity »
View more posts from this author