A note to myself: Anubhav Lal the FAKE “libertarian”

I don’t normally comment on individuals but I have in the past commented on some of India’s fake “libertarians” who are essentially illiberal Hindutva lunatics.

This is one more of them. This man who joined the Freedom Team of India and thereafter even attended one of our conferences, pretended to be a supporter of liberty. Later, he allegedly argued that FTI (and subsequent SBP) are not libertarian enough. And so he parted company.

But this is what he wrote today in response to my article on Modi’s plans for Muslims. The man is a RAVING MAD, HINDUTVA FANATIC. How dare he talk about libertarian thought? As per SBP’s decision NOT to engage with such people, I have knocked him out of this Rajaji page. A shame that India has produced so few liberals to date. We have our task cut out for us – to educate and transform this God forsaken nation of India. 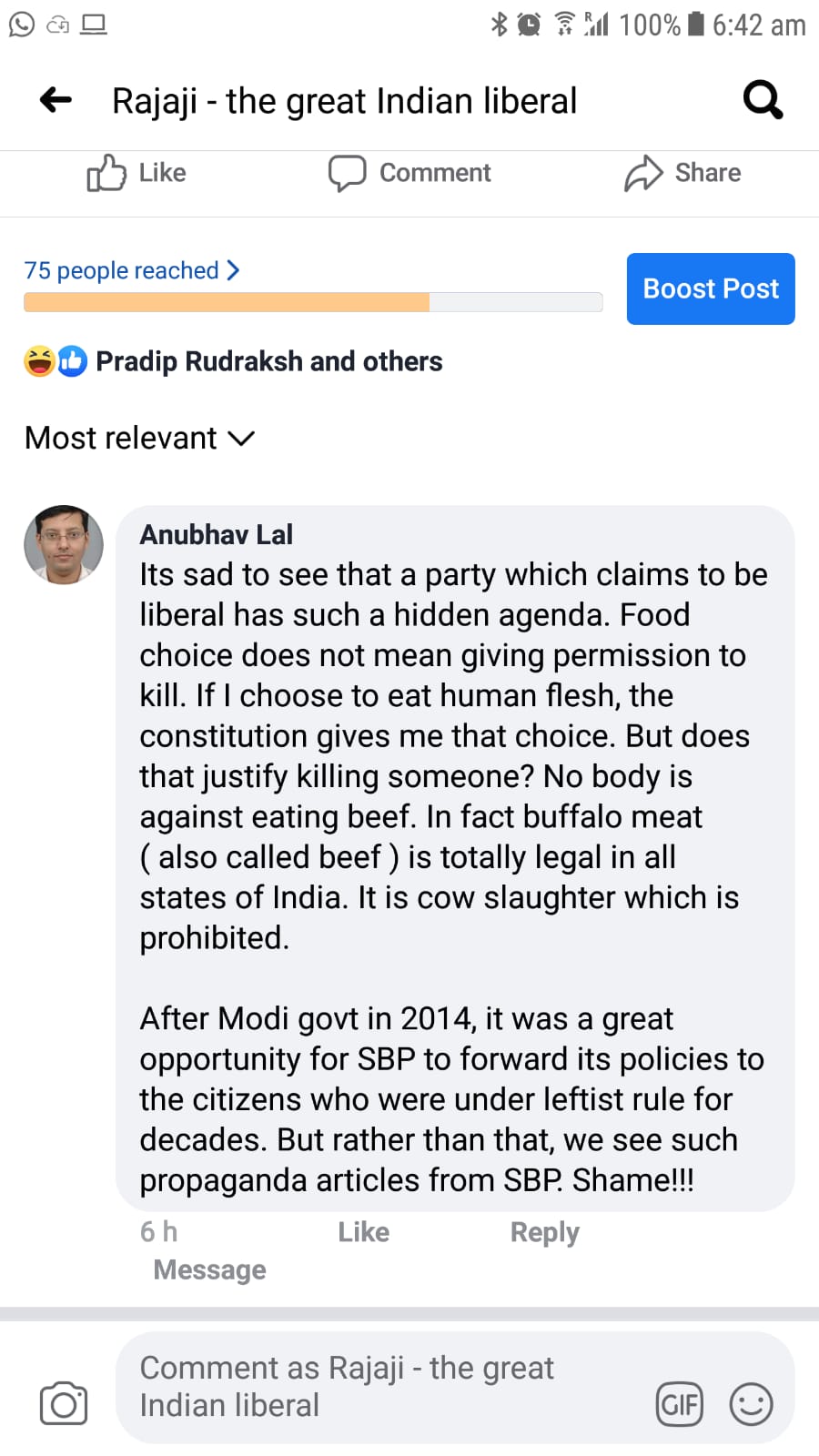 This entry was posted in Bad ideas!.

« Notes on Hindu rashtra
My next TOI blog post: What is Mr Modi plan for India’s Muslims? »
View more posts from this author