My correspondence with Wikipedia on its takeover by communists

I have mentioned a couple of times (including on Facebook) that Wikipedia has been hijacked by communists. Here’s my corro with the organisation earlier this year.

My email dated 16 OCTOBER 2019 in response to Wikipedia’s request for donations:

Thanks, but I will no longer contribute to Wikipedia because of the complete takeover of the organisation by extreme fanatic leftists.

Wikipedia’s response dated 17 October 2019: (MY FURTHER RESPONSE BELOW THIS IMAGE) 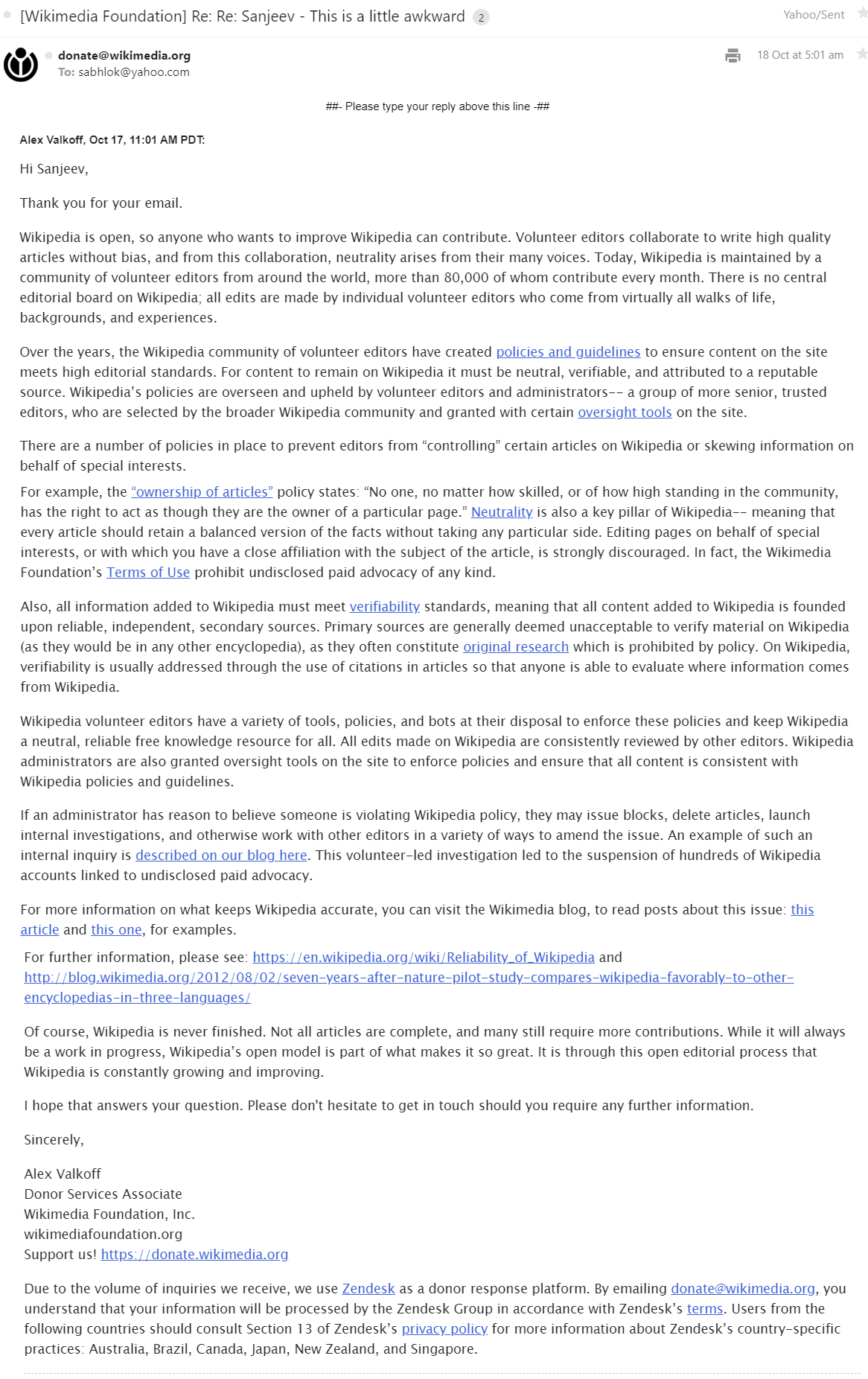 MY RESPONSE DATED 19 OCTOBER 2019
Thanks, Alex
These are all theoretical. In reality by now Wikipedia has a very strong leftist/fascist control in many areas.1) Practically speaking, the leftist fascists have taken over as far as write-ups on India are concerned. Our party’s page, for Swarna Bharat Party, was deleted – and we are India’s only party fighting for liberty – see: For a liberal India: The country now has its first liberal party, the Swarna Bharat Party). We were blocked out as if we don’t exist.
2) The climate change debate has been entirely hijacked by the alarmists and fanatics. There is no sensible discussion any more on these issues. Genuine scientists who are providing alternative views to the (very wrong!) “majority” view are being smeared and attacked on Wikipedia. I used to myself contribute write-ups to Wikipedia at one time. Never had much time to learn it properly, so I might have made an error or two. But I’ve given up even bothering.
If liberty and truth are disrespected and even ousted by Wikipedia editors, there is something fundamentally wrong going on. I leave it to you and the management of Wikipedia to identify and fix the issues.
Regards
Sanjeev
There was no further communication from Wikipedia

This entry was posted in Politics.