Godse made AT LEAST FOUR attempts to kill Gandhi

This was news to me, that Godse had tried to kill Gandhi in 1944. I might have read it somewhere in the past but it clearly did not stick in my head.

I confirmed this is true: “Bhilare prevented one of the six assassination attempts on the Mahatma made by Godse”. (Source)

Further, “Four years before Mahatma Gandhi was assassinated, Nathuram Godse, the man who would shoot him three times in Delhi, tried to attack him with a knife.” (Source)

It turns out that Teesta Setalvad has written a book on the assassination attempts on Gandhi: Beyond Doubt (2015). 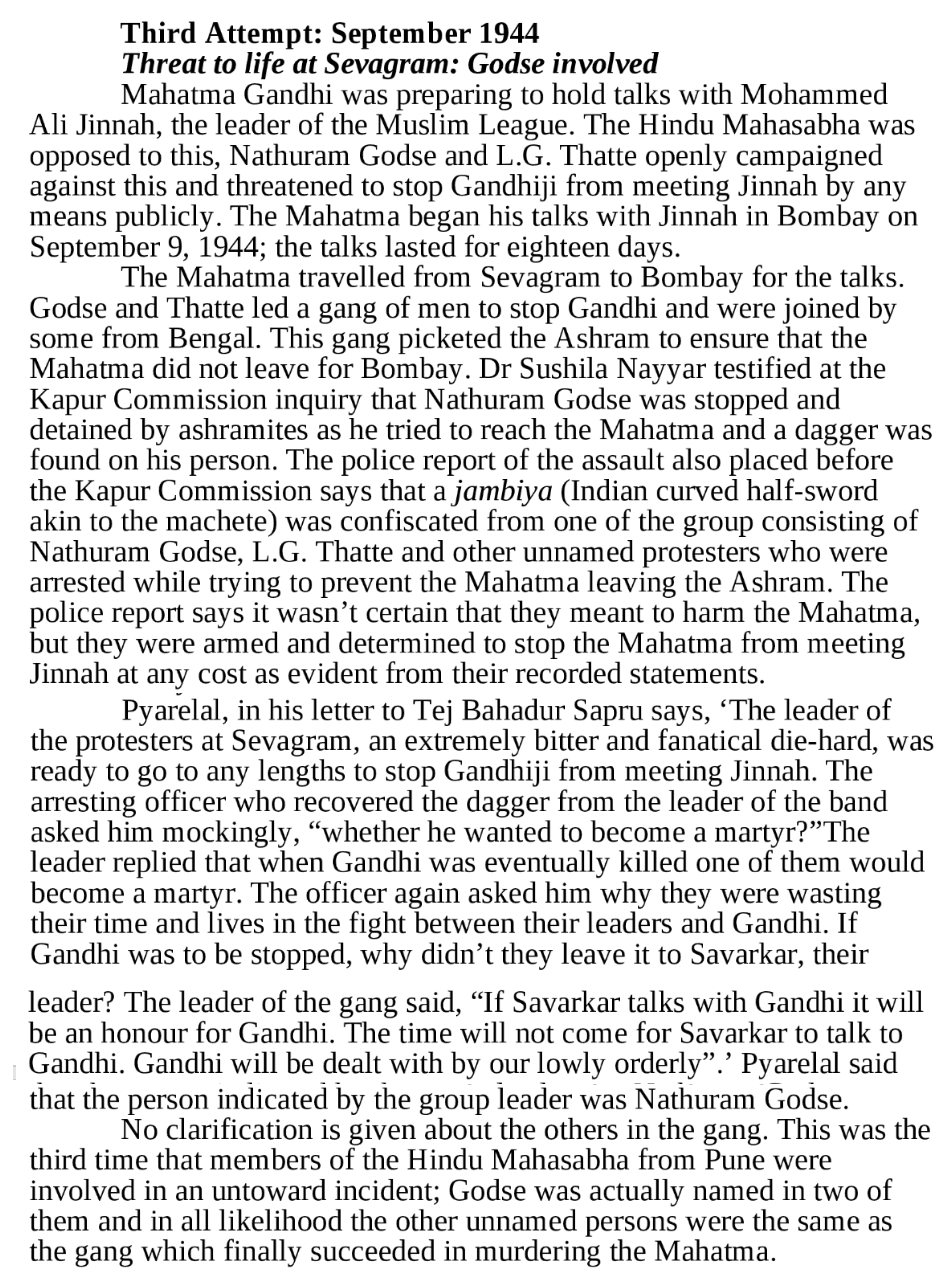 3. Godse’s third attempt (could have been his fourth). His final attempt, of course, succeeded.

« My mother’s paintings
Are farmer suicides in India increasing or decreasing? »
View more posts from this author