These papers are circulating across social media in Panjab: 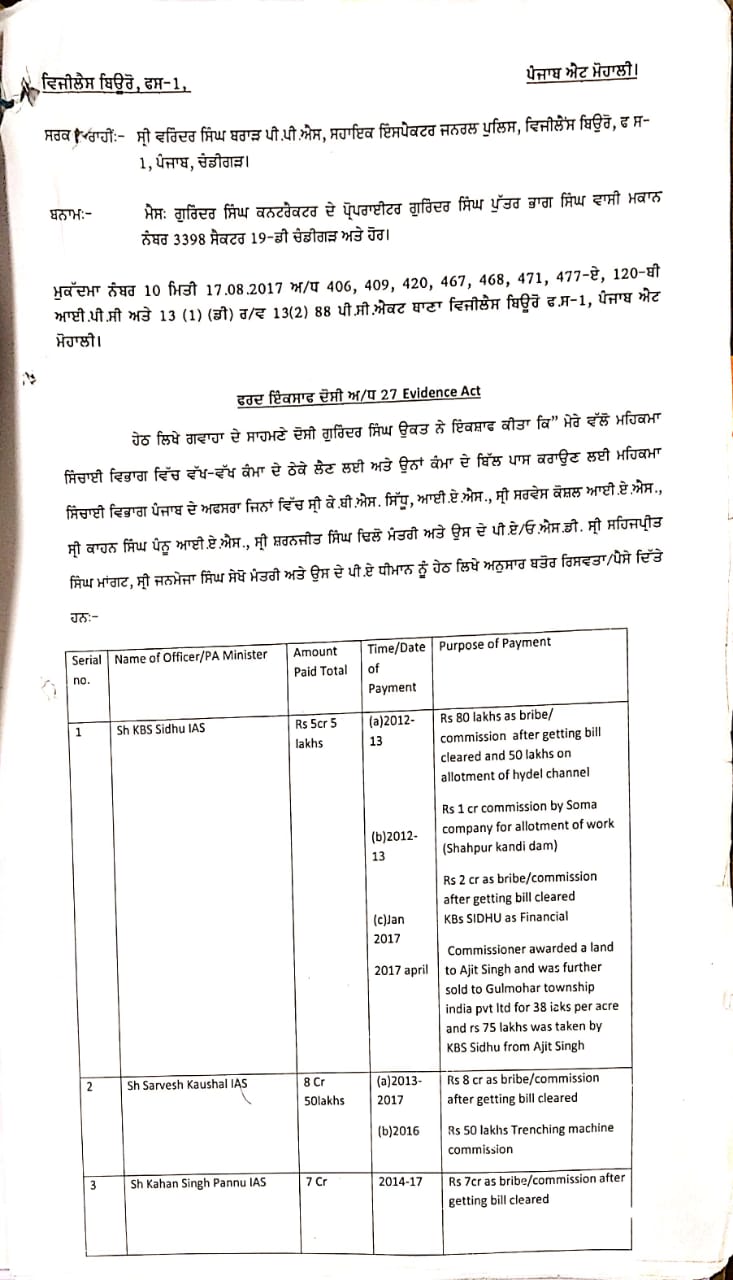 I understand that an article has been published in Panjabi Tribune on this matter, as well. But apparently, Captain Amarinder Singh is not letting the Vigilance Bureau proceed in the inquiry.

I had been reliably informed in 2017 that it was Amarinder Singh himself who had complained about Saurav Kaushal to the Election Commission in 2017 (see my report here), thereby relieving him of his charge of the Irrigation Department. So this lack of action on the allegations is even more suspicious.

The matter is being widely discussed in TV, e.g.

I do hope that my batchmate is in the clear, but the repeat upsurge of such complaints cannot be ignored. This needs to be investigated.

Now watch this September 2019 interview from 9 minutes 40 seconds and the story will become much clearer: 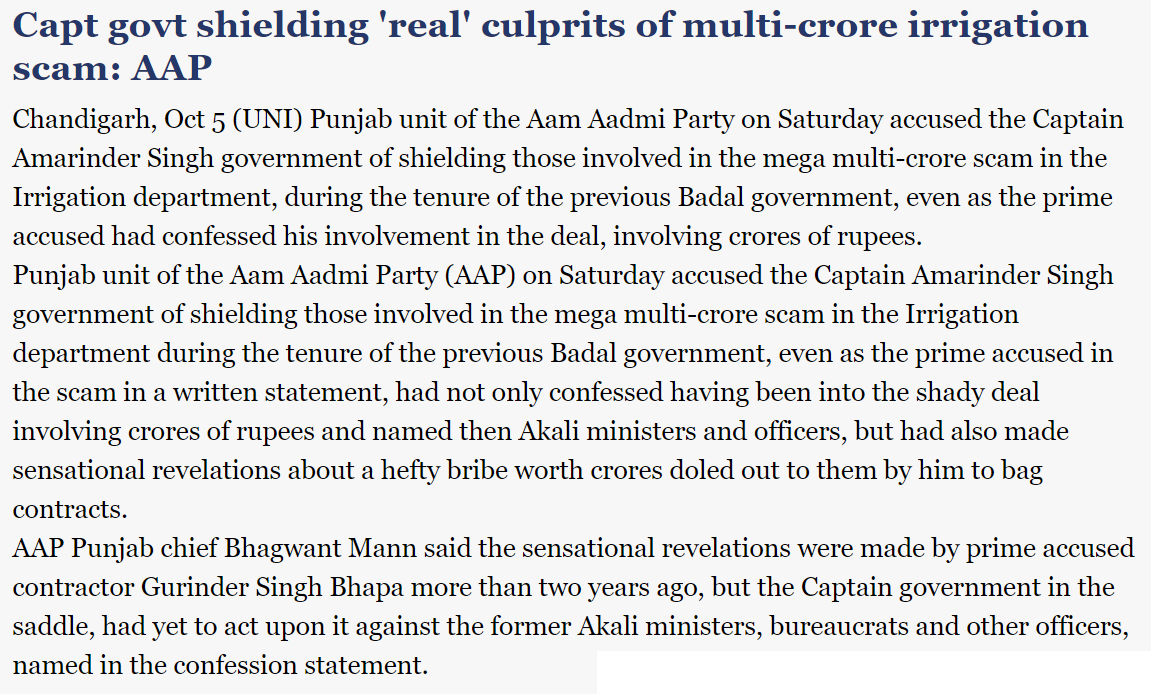 Fuller report.  (screenshot in case the report is removed).

« Microplastics cause NO harm to life on earth! So take it easy.
#fakeclimateclaims – list of fake news and bogus climate claims »
View more posts from this author