The United Nations has become the biggest bunch of liars in human history: What “existential threat”?

The amount of lies pouring out of the UN exceeds even one’s wildest imagination.

“A changing climate is already causing severe damage across the world and posing an existential threat,” a UN statement said. [Source] 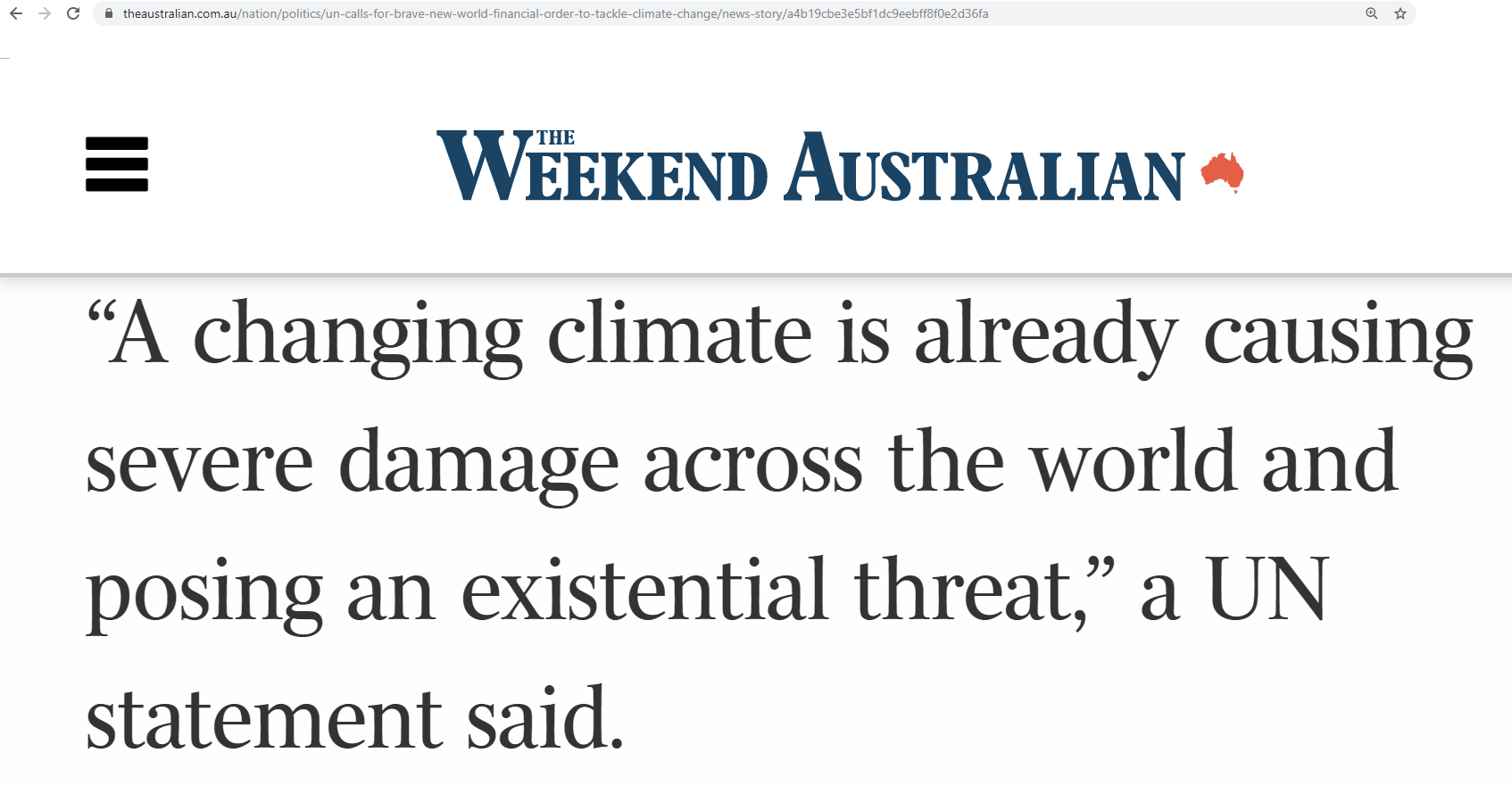 The UN’s 2030 Agenda for Sustainable Development is a radical plan for a global “Green New Deal” to redistribute trillions of dollars by capping wealth and introducing a global minimum rate of tax. [Source]

The sword has been openly unsheathed now. The SOCIALIST ATTACK HAS BEEN LAUNCHED. A “global green new deal” is what these fascists want.

TIME STOP THESE CROOKS LEST THEY WIPE OUT THE POOR.

“The UN has called for a global “green new deal” and overhaul of the world’s financial order to ­tackle climate change and deliver on its Agenda 2030 sustainable development goals.” [Source]

This entry was posted in Bad ideas!, Public policy.

« I’m the only Indian who has signed the European Climate Declaration September 26, 2019
Further strong evidence on the orchestration of the climate change hysteria »
View more posts from this author