Response to a commentator regarding climate change

I read and very much agree with your article ‘Climate science Violates the Basic Precepts of Science’ but the mathematician Professor John Andrews, who will soon be delivering a talk in our town on “technologies to combat global warming”, to whom I showed your article, has commented, “there is no reference to existing evidence of global warming and no alternative explanation of the observed data”.
He adds “uncertainty of predictions is no basis for rejecting the arguments involved”.

I would very much welcome and be most grateful to you for any responses you feel you can make to this.

Thanks, but the mathematician needs to consider how science works. A theory makes a specific prediction and the prediction must come true. When a prediction fails, the theory is falsified. Period.

As far as other explanations for observed temperature variations are concerned, there can be many other explanations for the mild increase in temperature . Ian Plimer’s book is the best introduction to the many alternative explanations but other books/ articles deal with such explanations. The field is wide open. Ranging from natural increase over 200 years after the Little Ice Age to the variability of the sun, to the influence of multi-decadal oscillations, there is no shortage of alternative hypotheses that are complementary to CO2. Then there are a vast number of theories about feedback effects, and so on.

The only issue, however, for policy makers is about CO2. Its precise consequences are predicted by modelling and these have been falsified (except for a Russian model which predicts very low increase in temperature). Therefore, whether other explanations are right or wrong, one thing is clear: the CO2 explanation is highly exaggerated, hence not worthy of any panic response. Worth watching and studying but not panicking.

I made this 2 minute chart – one possible explanation 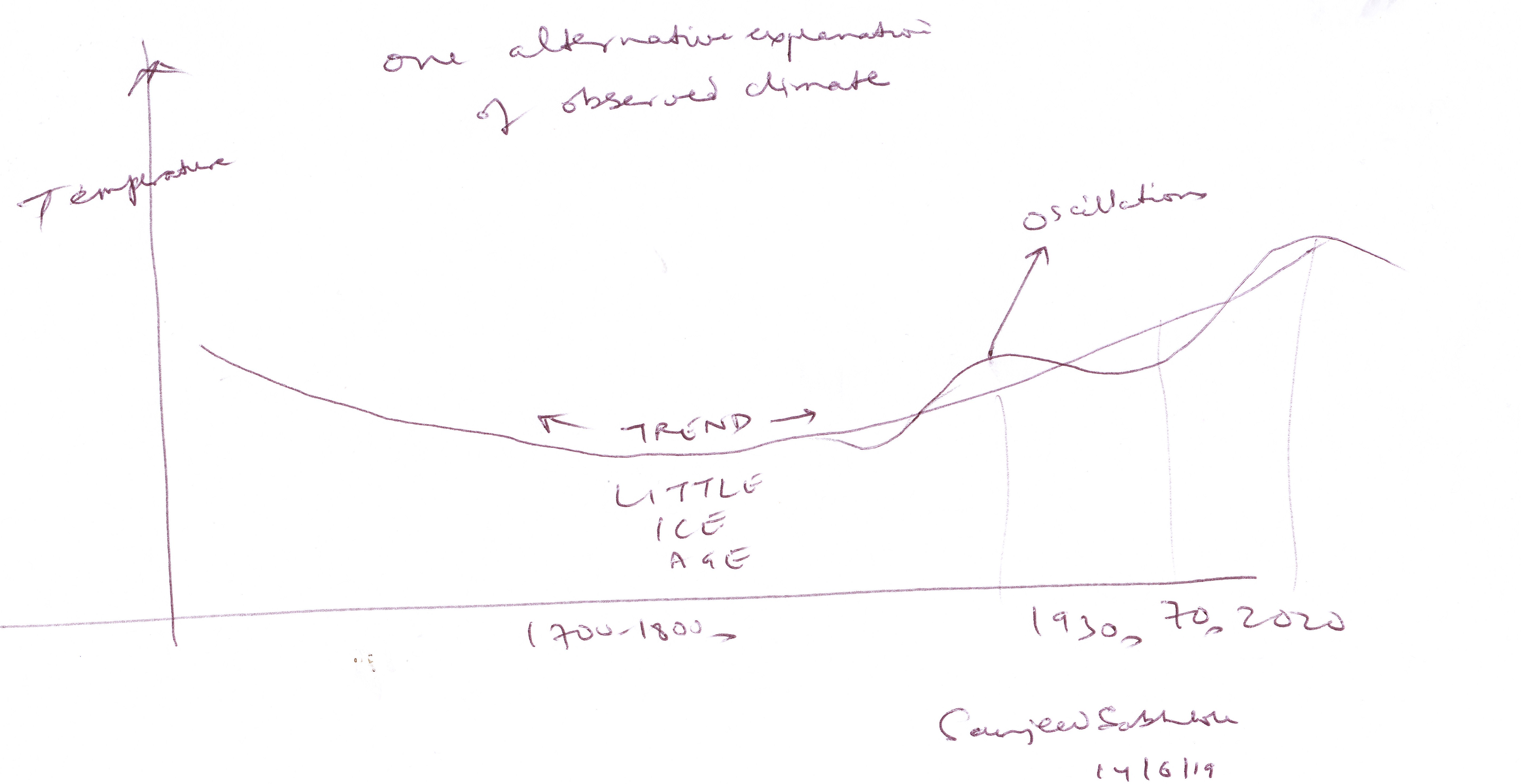 « Now that Kavitha and Aruna and Vandana have been vanquished, out comes the Swadeshi Jagaran Manch!
C.S. Prakash’s Twitter debate with Kavitha Kuruganti »
View more posts from this author