50 years down the road researchers might wonder about India’s post-independence liberal political efforts, and although the 2005 Liberal Party of India that I had created had to be dissolved within a few months for lack of traction and support, it would still be worthwhile to make note of the it – for it reflected the failure of the times.

I’m glad a book has made a reference to the effort – I’m making note here, including a screenshot.  (The God Market: How Globalization is Making India more Hindu – by Meera Nanda) 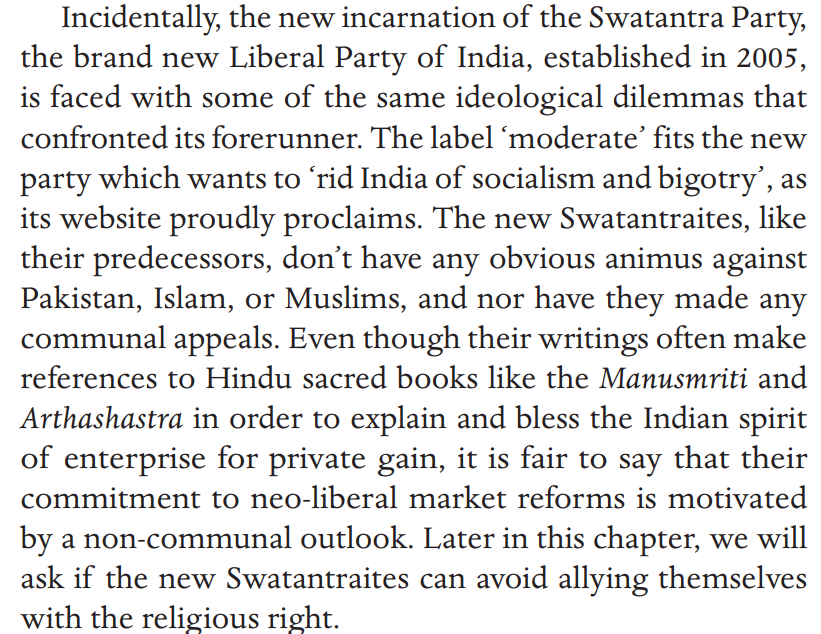 « My next TOI blog post: Our PM and CMs are puppets of the IAS
Constitutional validity of lateral entry into the senior bureaucracy in India »
View more posts from this author