Who is Avi Dandiya and what is his credibility?

There is one Avi Dandiya who has released an extraordinarily inflammatory video that contains an “audio recording” of an alleged “phone call” between Amit Shah and some unknown woman.

This video purports to show that Amit Shah got Indian soldiers killed in Uri and now in Pulwama, in order to provoke a “retaliation” that would provide political benefit to BJP.

Now, while it is very clear from the facts of the case that Amit Shah and Modi were FULLY complicit in the horrendous events in Gujarat in 2002 (and later with innumerable fake encounters), the idea that someone would claim that even Amit Shah – a man who is evil personified – is capable of such a dastardly act is simply beyond comprehension.

I’m therefore starting an investigative post on Avi Dandiya since this man’s credibility is now at stake. I BELIEVE THAT THE AUDIO IN THIS VIDEO IS DOCTORED AND FAKE. I DO NOT BELIEVE AVI DANDIYA. But I’ll spend a few minutes in initial research, given the magnitude of his claims.


PAKISTAN IS CELEBRATING THIS “STING”

The Post has an article here. And this from another news portal in Pakistan.

The defence forum in Pakistan is ecstatic https://defence.pk/pdf/threads/avi-dandiya-proves-with-a-proof-recording-that-pulwama-was-an-inside-job-must-see.605194/

This has also been carried by Teesri Jung (whatever that is).

All I can say is that Avi Dandiya has taken a huge gamble by posting this video. If found to be fake (which it almost certainly is) his reputation will be permanently tainted.

I’m opening up comments on my blog again, so anyone who knows something about him can add info on my blog.

Now, for my initial research on Avi Dandiya:

What do we know of him? He is apparently the son of an Indian Air Force officer and lives in USA.

HAS A JEWELLERY SHOP

I’m keeping a screenshot here in case he deletes his account.

Once again a screenshot in case he deletes his account. The website allegedly linked to his FB page is DEFUNCT: www.mohabaatkedange.org

LINK WITH JAIPUR
His Twitter account states that is the founder of “Team Clean Jaipur”. That suggests he has some link with Jaipur. Here is a video “interview” of Avi on some unknown media channel. It appears he has a jewellery business in USA. He is mainly resident of Jaipur.

This response on Quora suggests he is an AAP supporter.

I’ll only add identifying information here, if I find any. The more substantive comments are now available here.

A fraud report against Avi Dandiya which allegedly was subsequently resolved. 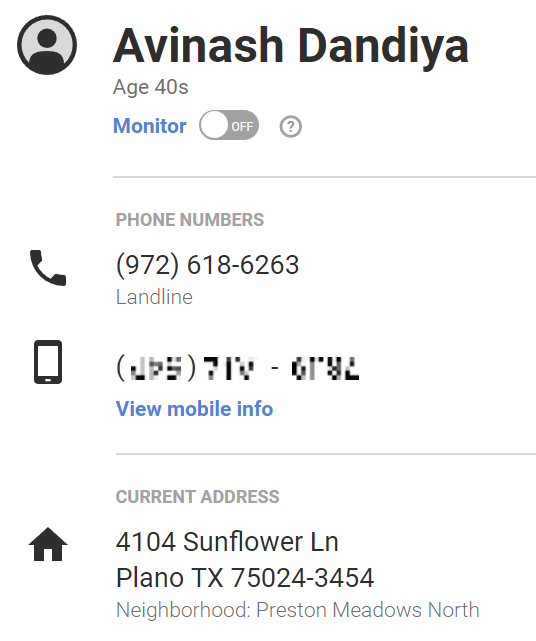 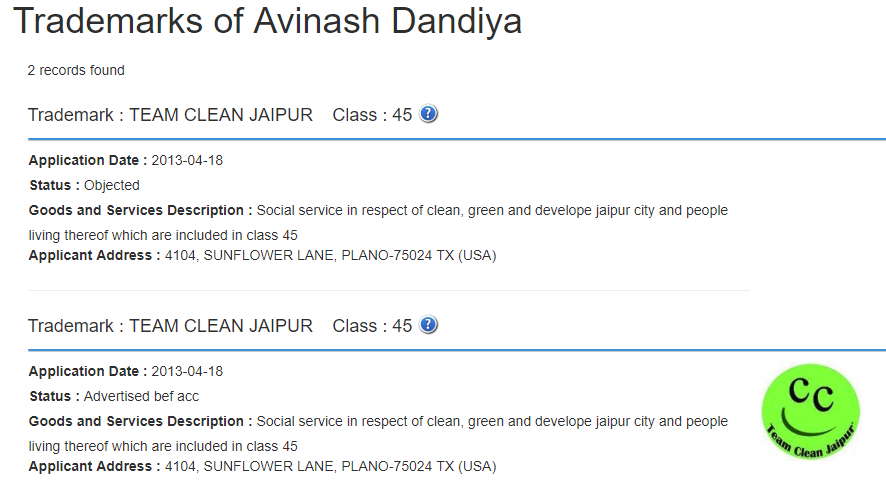 This entry was posted in India, Politics.