A couple of snapshots of my early websites from 1996

I was astonished to locate a couple of old snapshots of my USC websites. Recording them here for easier access in the future. Unfortunately, the actual VIP (Victory of India party) website that I started in February 1998 did not get archived at any point. For that, unfortunately a much later (probably late 1998) version is available here. This version includes references to IPI therefore it is probably December 1998 or early 1999.

The earliest website I located was of 21 December 1996, but the one I was looking for (early version of VIP) was not archived. Anyway, this is just a personal curiosity.

I recall starting my websites from 1995, which places my attempts among the earliest attempts to get on the internet.

The USC, of course, was one of the early universities linked to ARPANET, being involved in the creation of the internet itself.

Without the internet, I most likely would never have started my “political party” attempt and therefore never left IAS and hence India.

But the internet has helped take this idea from thought to reality and now I believe SBP is firmly rooted as India’s major liberal party. Its success is also guaranteed – although that will take many more years. 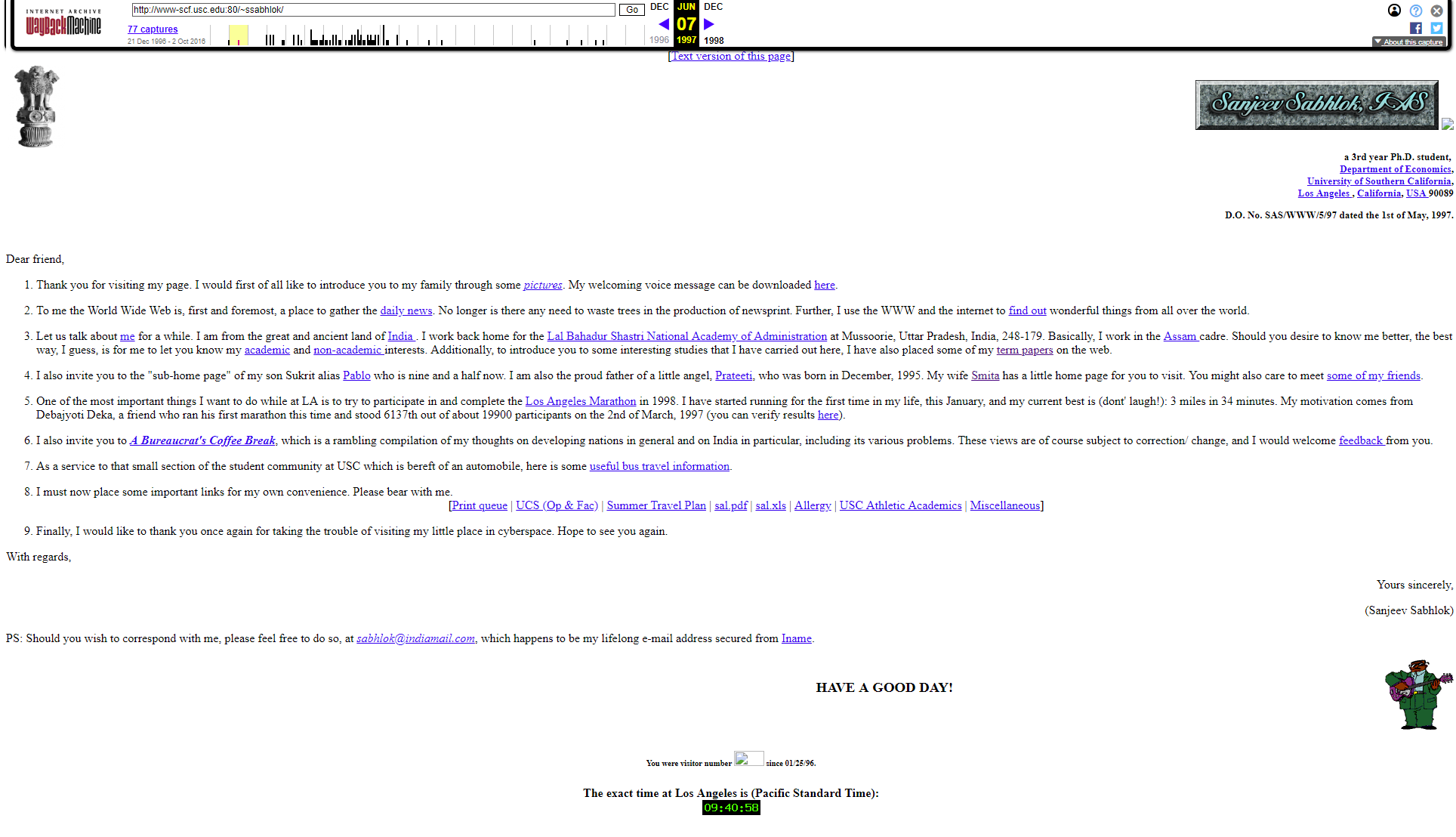 Based on a hint I found in the links above, I tried another search to locate my official (i.e. PhD related page) and found these – there are a couple of other similar ones here, but nothing related to the Victory of India Party: 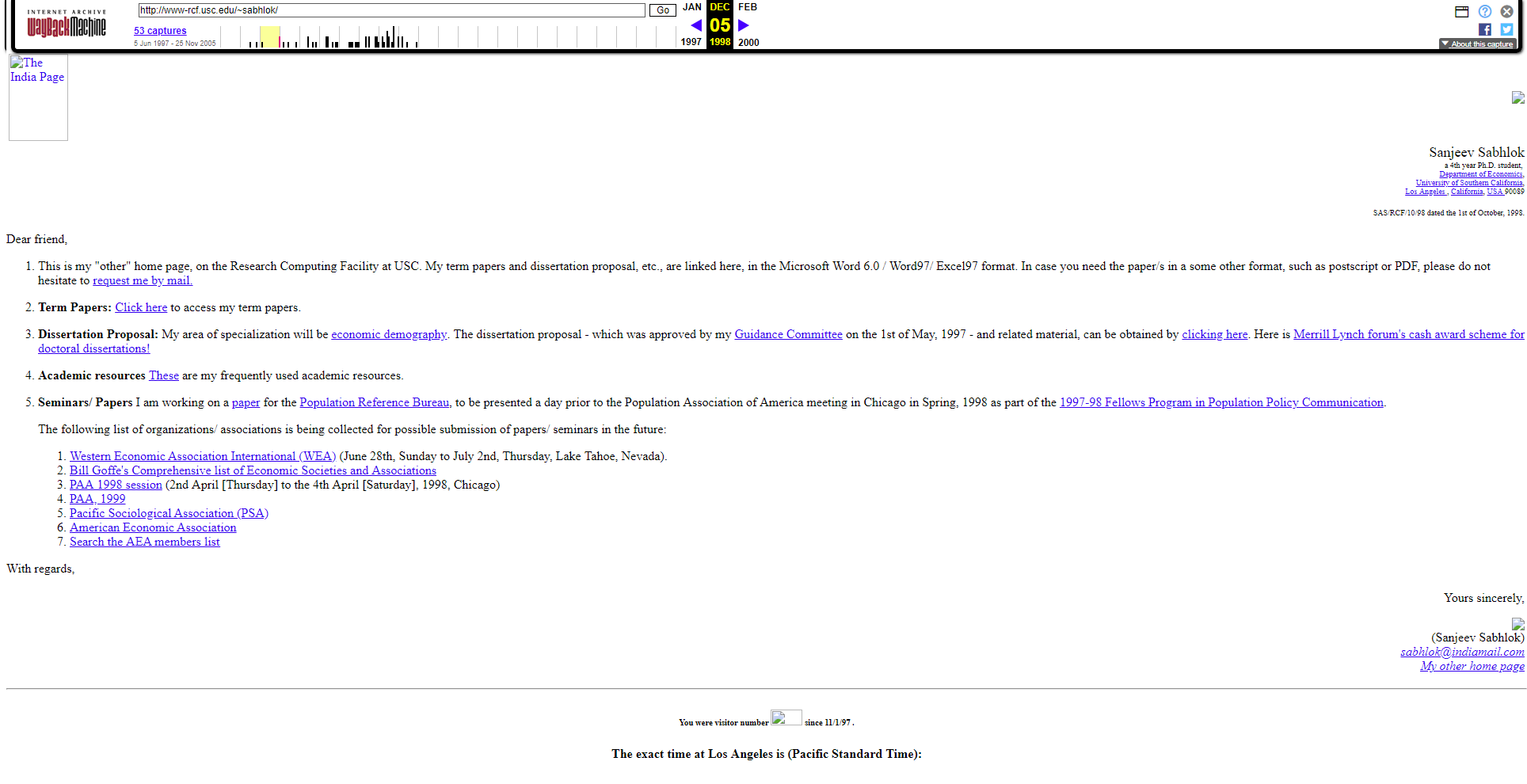 This entry was posted in About me, India, Liberty.

« Amar Habib’s Anti-Farmer Laws book now in Hindi – download किसान विरोधी कानून
Joyson, it may help to be persistent but in any event please avoid excuses that don’t stack up »
View more posts from this author