My thoughts on the passing away of Naozer Aga, a great Indian liberal

It is with dismay that I learnt today from Kashmira on Freedom First that Naozer Aga passed away last month in a road accident.

He was a passionate motorcycle rider and died in an accident in harness, on his Ninja ZX Kawasaki at the dashing young age of 76 – a remarkable man who lived his life fully to the very end even in the deplorable road and other conditions of socialist India. He hated socialism with all his might but could not succeed in overthrowing it: instead, socialism took his life through a badly made road. Socialism kills.

The more important reason for my dismay is that in his loss we have lost one more senior liberal and possibly the last Swatantrite standing. He was the last link between our times and the times of Rajaji after the death of SV Raju.

I came in touch with Naozer Aga in October 2014. I don’t have precise records but it was possibly through my blog. Thereafter I added his email ID to a mailing list and he slowly started telling me more about his work on liberalism, and things blossomed till we had not only regular email conversations but also phone conversations.

He could not join Swarna Bharat Party as he was still involved with the largely defunct Swatantra Party but I invited him to attend the SBP national conference in 2016 as observer and we can see from the photos below, that he played a significant role in the conference. He went away from the conference satisfied that SBP was on the right track. 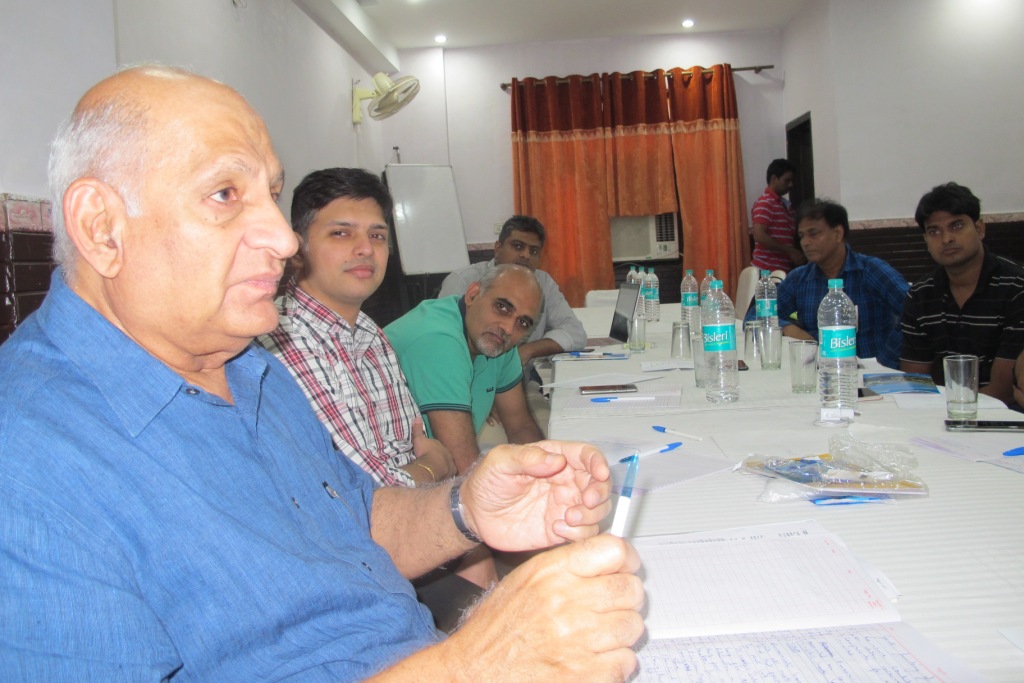 Naozer Aga on the left, above, and second row top left in the photo below. 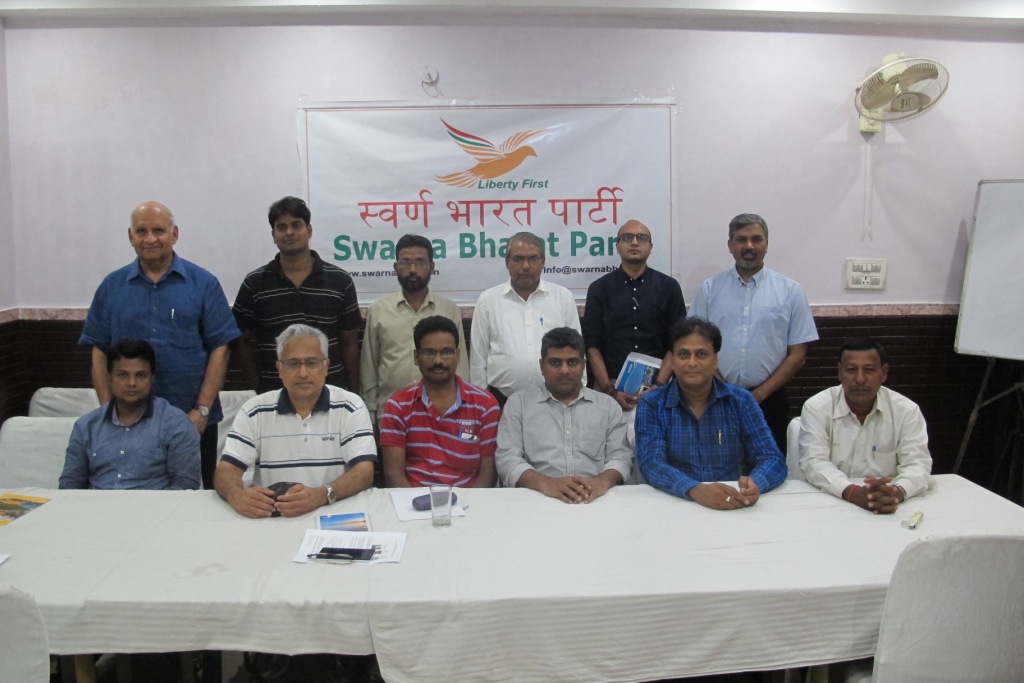 After the conference he wrote a piece (which was later on transferred to Aas Mohammed to finalise) in Freedom First, Swarna Bharat Party Emulates Swatantra Party. He also wrote about Swarna Bharat Party for a Parsi magazine, Parsiana, here. The image below: 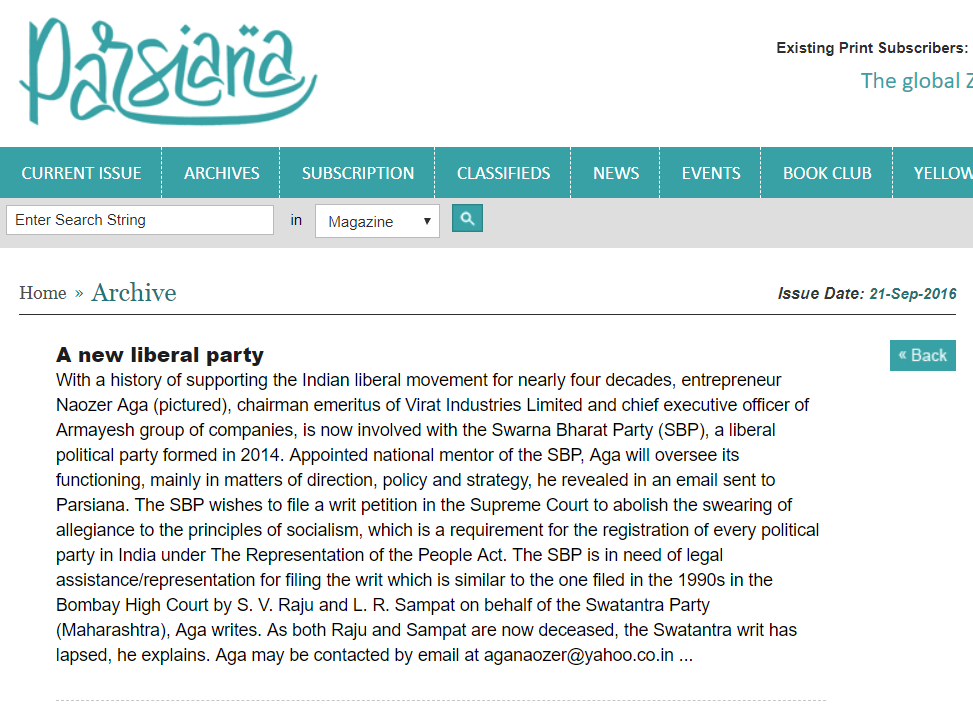 The party appointed him as its national mentor. Naozer’s company contributed funds (a modest amount every month) for nearly a year. He also helped raise 20K from one of his colleagues.

However, as can be expected with a very tiny party, there were differences of opinion in terms of how members should proceed, particularly in relation to criticising Modi in the public domain. While these differences were otherwise being discussed/ resolved – around 18 months ago – Naozer decided to disengage from the party. I thought it was an unnecessary misunderstanding, but some such things can’t be fixed.

But Naozer did not disengage from my work. He remained a subscriber of my blog and kept in touch with me through sporadic emails. One of his last emails (December 2017) is shown below (screenshot). He later also wished me a happy new year earlier this year.

There are many things Naozer Aga did for liberalism in India. One of the things he was responsible for, till his very end, was the High Court petition that the Swatantra Party Maharashtra branch had filed against the requirement for political parties in India to swear allegiance to socialism. The petition had been filed by SV Raju, jointly with Naozer. Now, with the passing away of Naozer, the petition has no one left to follow through.

His passing also represents the final end of Swatantra Party.

We, Swarna Bharat Party, bring an even better way forward for India than the Swatantra Party offered, and I hope that those who have read SBP’s manifesto will agree and join SBP to continue the work that people like SV Raju and Naozer were involved in.

Among the many things he did was to present a paper at the Liberal International Hamburg Convention in 1986. He had sent me a scanned copy. I don’t find any copy of it on the internet, so let me take the time to OCR and publish it later today. [Done – see this]

His work and contributions to Indian libearlism should not be forgotten.

This entry was posted in India, Liberty, People.