Sanjay Sonawani has published three editions of a book in Marathi on caste. He took up a project to translate it into English and sent me a draft.

I had already read his book on Vedas (Origins of the Vedic Religion: And Indus-Ghaggar Civilisation), so it was somewhat easier for me to understand his English translation. However, I had a lot of questions which Sanjay addressed.

Now, Sanjay has published the draft of that book for public comment. The book is called, How the Foreign Vedics Took Over Egalitarian Hinduism. [Download Word version here, PDF here].

I know there are a lot of really smart people who have studied Hinduism and caste. I invite them to critically examine Sanjay’s work and send him your comments. I think the book is revolutionary and if what Sanjay is saying is true, it will have huge impacts on India’s future.

A summary of Sanjay’s thesis can be found here. [Download Word document here]

I’ve been thinking about Sanjay’s work on Facebook. I’m extracting some of my thoughts on this work, below:

Vedics have not only taken over Hinduism, but now claim – through Hindutva – that Vedas arose in India.

The moment Hindus see through this massive rort, the caste system will TOTALLY DISSOLVE. And the criminal RSS gang that is further distorting India’s history will DISAPPEAR.

There is finally some hope for the oppressed – through Sanjay Sonawani’s brilliant research. 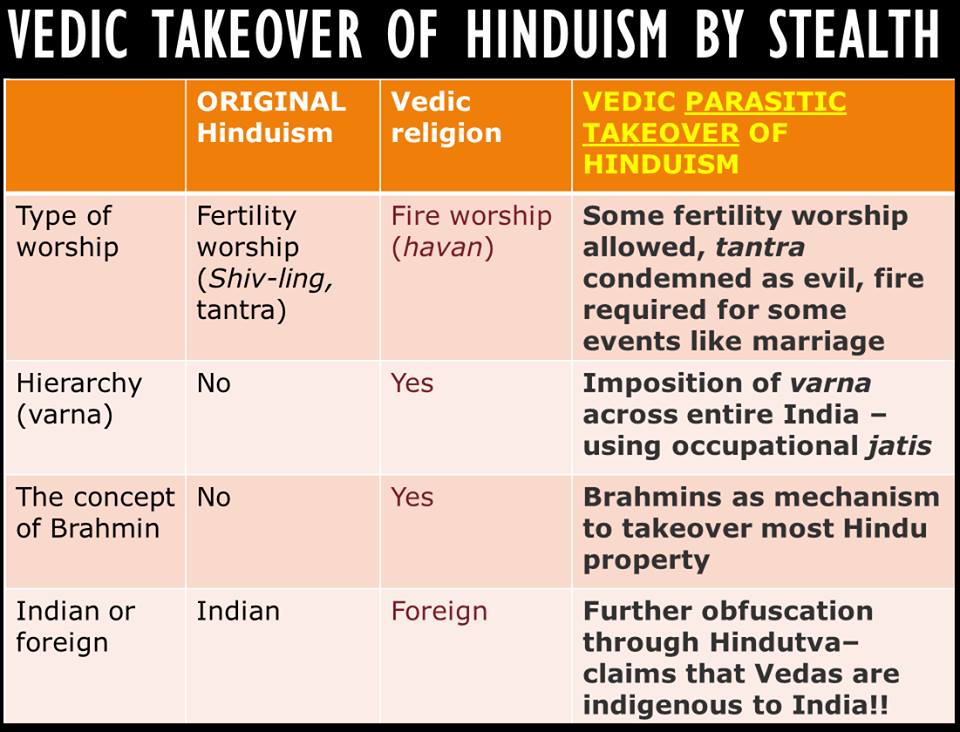 The British saw the Indian caste system as a single mountain, but under a haze.

Sanjay Sonawani has shown that caste is a series of mountain ranges and the view the British saw was incorrect.

Sanjay’s studies can be likened to those of a scientist who significantly advances the frontiers of human knowledge.

The sloka regarding the creation of the varnas is single most audacious statement made by anybody in the history of mankind. This must be ranked as the greatest gamble ever! And it worked. Ha ha!

The Hindus got suckered, hook, line and sinker!

One must retain the possibility that all this took place accidentally, not by design. But the net result is massively amusing.

The great trick of the Vedic religion was to attack the head of the entire Hindu society, and install itself in a position higher than anybody had in that society. The rest was easy.

Today the confusion in the minds of the average Hindu is so acute that they cannot distinguish how they have been taken for a ride!

This is perhaps the greatest take-overs of any society by stealth in the history of mankind.

Or it is the greatest accidental accomplishment in the world.

Vedic religion can be compared with cuscuta, which strangles the tree it parasites.

Plus a few of my previous blog posts, for those who have been following this line of thought.

How the Foreign Vedics Took Over Egalitarian Hinduism

« A public warning against Anand Prasad’s “Liberal Party of India”
To restate, Brahmins are NOT Hindu (being foreign Vedics). So Hinduism has no “caste” problem. »
View more posts from this author

6 thoughts on “Inviting all those who know Hinduism. Please examine Sanjay Sonawani’s draft book which demolishes the caste system”