Time to dismantle the IAS – my article in Smart Governance magazine

My following article has been published in the latest issue of Smart Governance. I wrote it on the request of the accomplished editor of the magazine, JP Gupta. 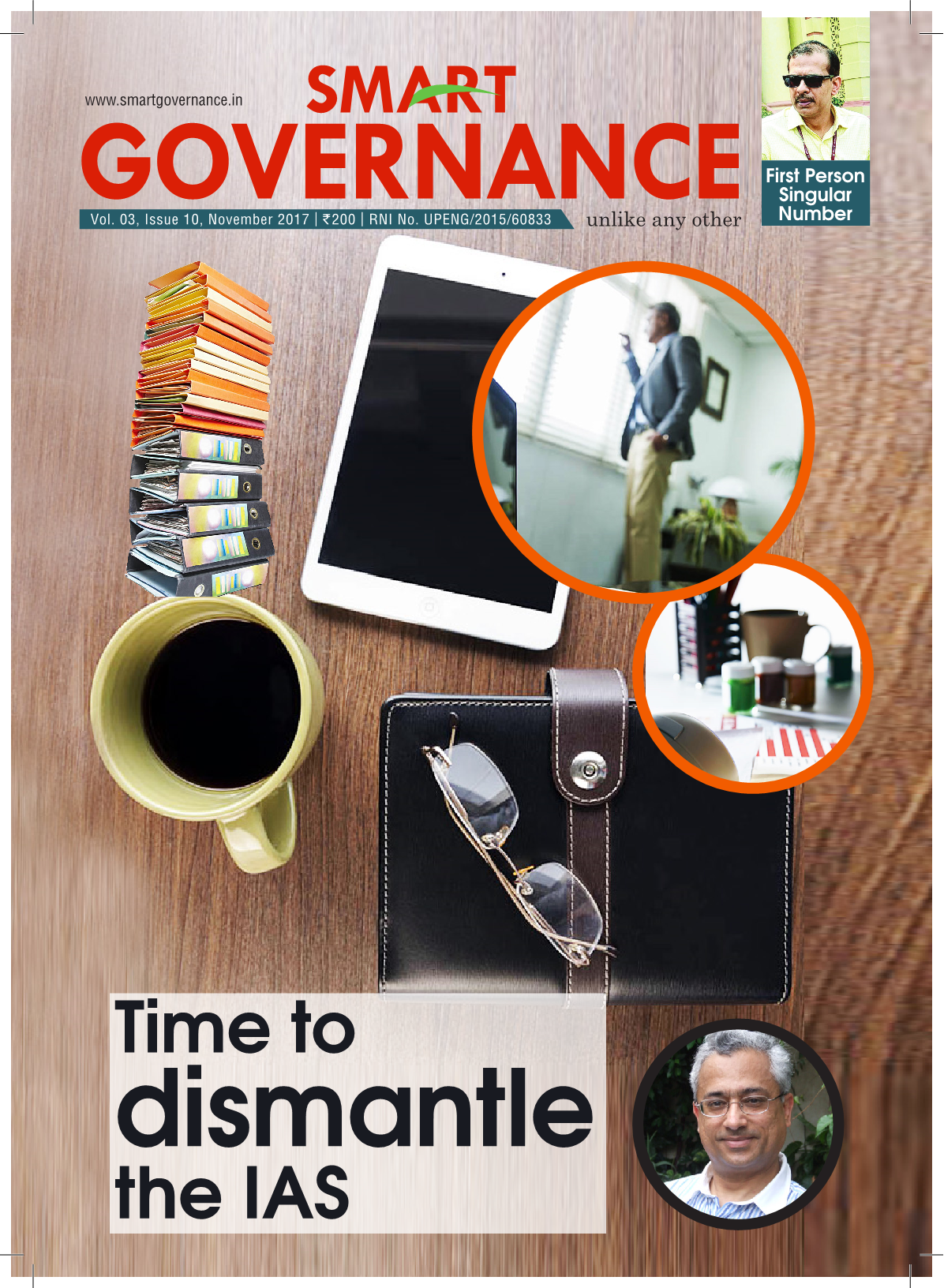 I learnt about India’s governance system from within its bowels, in the IAS. My experience included reporting to extremely corrupt ministers and dealing with arrogant senior officers who had never opened any book after joining the service. And I taught new recruits and senior IAS officers in the National Academy at Mussoorie and learnt about their attitudes.

Yes, many good people exist in India’s governance system. Indeed, the country survives because of them. But unfortunately even these good people don’t much care for public policy and so India does not have any policy consistent with economic theory and world-best practice.

My Indian experience compares very poorly with my ongoing career of around 17 years in Victorian government departments in Melbourne, including 12 years as an economist in the Treasury and Finance department.

The World Bank ranks India 90th in the world (out of 209 countries) on government effectiveness, below Rwanda. A prestigious consulting company in Hong Kong compared bureaucracies in Asia and rated India’s the worst. Lant Pritchett has described the Indian bureaucracy as ”one of the world’s top 10 biggest problems”.

At the time of independence there was a discussion about the appropriate bureaucracy for India but Sardar Patel rightly insisted that we adopt the British colonial system. That was the right thing to do at that time, but the time has long passed for a total overhaul of this system.

Sadly, I find that Indians are wedded to the IAS even more than they are wedded to their religion. It seems impossible for Indians to imagine a situation without deputy commissioners and IAS officers. While other countries have regularly reviewed their governance machinery and made necessary changes, we have continued with the antiquated British model which was further distorted badly by our socialist policies.

Indeed, the poor performance of India’s bureaucracy should not surprise anyone who understands incentives, starting from the incentives that Indian political leaders face. Added to that, the lifelong tenure, promotions and pensions that are unrelated to performance, protection from dismissal by India’s Constitution, low wages (for most of India’s post-independence history), inability of senior officers to dismiss incompetent subordinates, and many other design features guarantee that India’s bureaucracy will perform dismally.

Dismantling the IAS and getting a new model

Let me preface the rest of this article with a comment: that what I’m going to suggest here is not going to be easy to implement. The entire country needs to understand the incentives of our governance system and work out a transitional path that allows continuity even as change is implemented. Implementing the reforms we need will require extraordinary intelligence and persistence.

The reforms require significant change to the laws, including to the Constitution. Therefore this is essentially a political exercise. There is, however, no prospect of any existing major party implementing these reforms, because these parties directly benefit from the corruption generated by our current system.

That is why I resigned from the IAS in January 2001 – to work towards forming a liberal party for India that would offer genuine governance reforms to India. The manifesto of Swarna Bharat Party (which I helped form in 2013) commits to these reforms. Assuming that SBP is given a governing mandate by the people of India in the coming years, India’s transformation to the new system will take around three years to complete.

A further high level observation. Nothing in the model that I suggest below is new. A similar system was prevalent in ancient India, as documented by Chanakya in Arthashastra. Similar systems are found in many developed countries including in Australia and Singapore, sometimes under the guise of new public management (which is, basically, common sense).

Good governance necessarily begins from the top. Lee Kuan Yew’s writings and experience demonstrate how change can be implemented. India’s Prime Minister has to be honest, something we have not seen even once since independence. If we can’t get honest politicians at the top, there is no possibility of a competent and honest bureaucracy. Our political representatives spend crores of rupees in unaccounted money to contest elections, therefore they must necessarily be corrupt. I have explained this in minute detail in my 2008 book, Breaking Free of Nehru (Anthem Press).

I have also detailed the reforms necessary to motivate good and honest people to enter politics in India in BFN and in a January 2017 article in The Wire. For purposes of this particular article I will make the heroic assumption that the electoral and political system has been reformed and that India has politicians who can be trusted to hire competent and honest people. With that assured, we can then proceed.

The reformed model would disband all tenured services like the IAS and start fresh recruitment from the very top. Departmental secretaries would be hired from the open market by the Prime Minister/ relevant chief minister on a four or five year contract. They would be paid very well but would be subject to instantaneous termination for any failure to perform.

The secretaries would then hire the next level of officials, once again through the market. And so on down the line. All executives would be on a contract that is subject to instant termination for non-performance. Below the executive level the appointments would be permanent, subject to ongoing performance. The permanent appointees would be hired by the relevant manager from the open market. In this manner, everybody would be accountable to the next level of management and ultimately to the Prime Minister/ chief minister. There would be a clear line of sight between the government’s objectives and the delivery machine.

It is very important that salaries be competitive and comparable with the private sector at all levels of the bureaucratic machine. Overall salary levels should be determined by an independent expert body on the lines of the Singapore system. A performance management system which rewards outstanding performance would be needed. There would be no pensions and no bond or minimum years of service. Government employees could resign at any time after giving a month’s notice. And, of course, similar reforms would operate at the local government level.

Incentives for corruption would be dramatically reduced in this high performing machine but would not be entirely eliminated. We would need to establish an independent corruption body on the lines of the Singapore system to investigate and report to the Prime Minister/ chief minister on corruption complaints. The relevant departmental secretary would lose his or her job if any corruption is found in a department, even if the secretary is personally innocent. The relevant corrupt officials would, of course, be severely punished with long jail terms. This would eradicate bureaucratic corruption.

In this reformed model, managers would have the complete power to fire their subordinates for non-performance (subject to a few essential checks and balances). India’s entrenched culture of incompetence will then be replaced by a lean and agile machine that performs its allotted tasks effectively.

Every day we face a choice as citizens of India: to continue to be the world’s largest misgoverned nation or to become the best in the world. It is never easy to be the best, for that requires serious capacity and determination. I invite readers to decide what they want for India.

In a democracy, essential reforms can only happen after everyone gets involved. I hope that all of us will think seriously about this fundamental issue that affects our daily lives and support the political change that India needs.