What is he trying to say?

My response to him was very gentle. I intended to guide him to the error of his ways of thinking. After all, I saw him (then) as a friend.

@dryadusingh Yadu, some balance please!. How does my eating a Whopper humiliate you? Is everyone in Australia humiliating you? 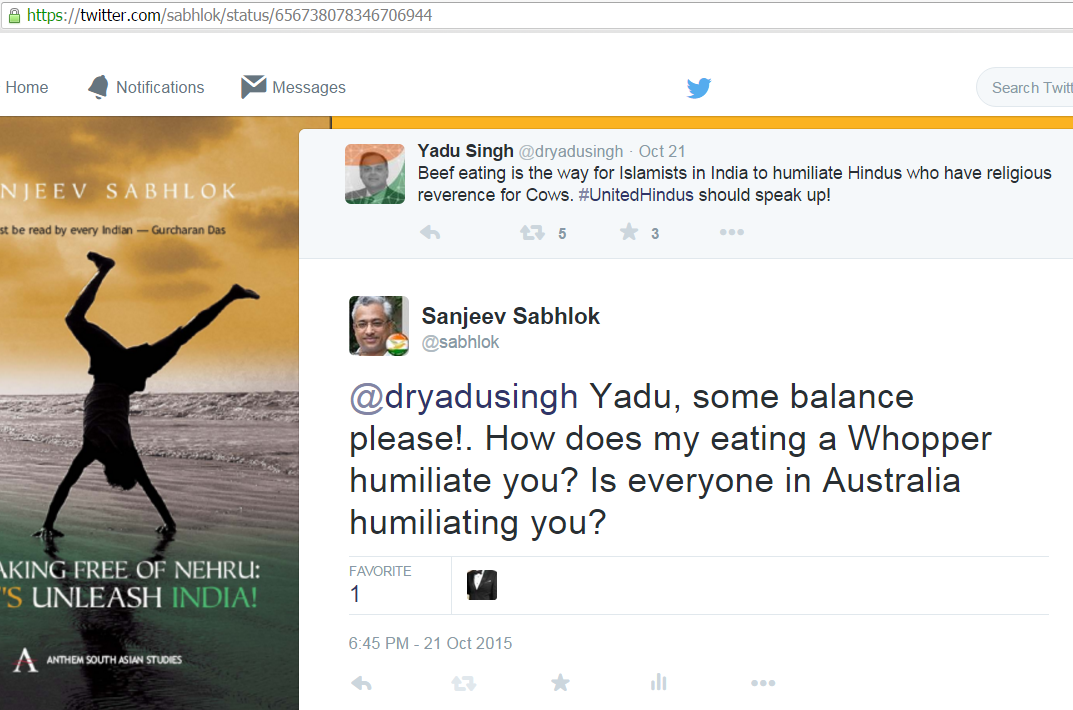 Note that I deliberately pulled him out from his “India” red herring. This is all about the principles involved, and the extreme bigotry displayed – and implications for his patients as a doctor in Australia.

If “Hindus” were a majority in Australia, Mullah Yadu Singh would force ALL Australians to give up beef

Dr Yadu Singh patients should be aware of his deep hatred for beef eaters. Are you a beef eater?

Dr Yadu Singh thinks India is a Hindu nation like Pakistan is an Islamic nation.

Comments by others re: Yadu Singh’s incitement of Indians to bigotry/violence

In closing, I ask Yadu Singh to promote LIBERTY and peace, not bigotry and violence

This entry was posted in Current Affairs, India, Liberty.

« If “Hindus” were a majority in Australia, Mullah Yadu Singh would force ALL Australians to give up beef
Extreme Hindutva fanatic, Sydney cardiologist Yadu Singh, is just like the extremist Muslims he despises »
View more posts from this author