Kanishka Sinha’s AMAZING claim regarding socialism! But he admits he has no idea. #1

Kanishka Sinha posted this today on FB. A statement like this from an otherwise well-educated person deserves wider discussion and consideration. How could an alumnus of the Indian School of Business say such a thing? The good thing he admits he has no idea, which is helpful. It is good to admit ignorance. I'll revert to this in detail, separately.

I have no idea why people think socialism has failed.

Are they looking at the fall of Communist Soviet Union? Or North Korea? Or Cuba?

Because that was the failure of authoritarian non democratic rule. Not socialism.

Yes, Greece has huge debt issues but the most successful countries in the world (excluding Singapore and Hong Kong) are very much welfare states.

Denmark, France, Finland, Sweden, Netherlands have government spending as >50% of GDP. UK, New Zealand, Iceland, Germany are >45%. Even the US government spend is 41.6% of the GDP.

There are virtually no rich countries who have a lower ratio of government spending/GDP than India's 27.2%. The only exceptions are city states like Hong Kong (18.5%) and Singapore (17.1%). The fact that the only two exceptions are both relatively small, to me indicates that such a highly capitalistic society may not be as viable in a larger country but that is only a hunch.

We sometimes think that the only solution to government ineffectiveness is to reduce government.

But the other alternative is to make it effective. 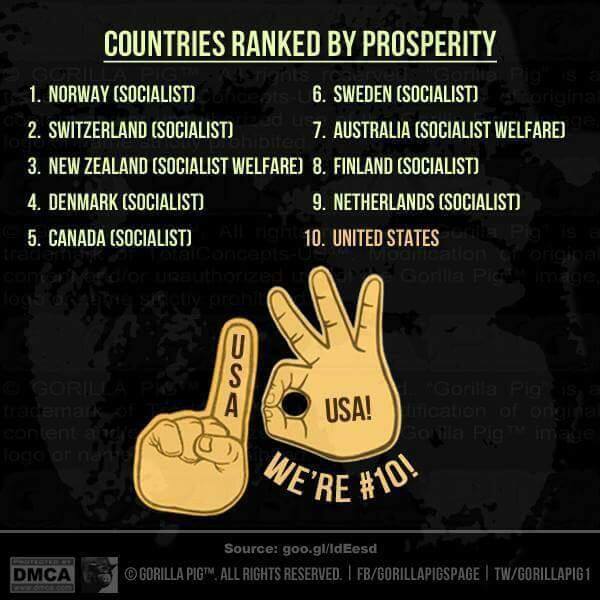 This entry was posted in Bad ideas!, Liberty.

« I’m not surprised Modi has STILL not shown his degree. He NEVER HAD ONE. Jumla Baba.
All my academic and topping university records are public. Why is Modi declining RTI after claiming to have been a topper? »
View more posts from this author

2 thoughts on “Kanishka Sinha’s AMAZING claim regarding socialism! But he admits he has no idea. #1”