It is shameful but there is a Hindutva fanatic (surely a Modi bhakt, as well), who has set up an account to impersonate Prof. Richard Fox Young.

These cowards, with zero intellectual ability and integrity, tend to lie, cheat, plagiarise and even threaten death (and some of them actually kill – like the cowards they are). The lowest level of scum, such is their highest standard. No animal is as lowly as the Hindutvas.

Shame on such people. They are a blight on Hinduism and on the fair name of India.

Plz be advised that #BeingDifferent is evidently less attractive than #BeingMe 2the sick ventriloquist below. Sheesh. pic.twitter.com/3xCwHksgOI 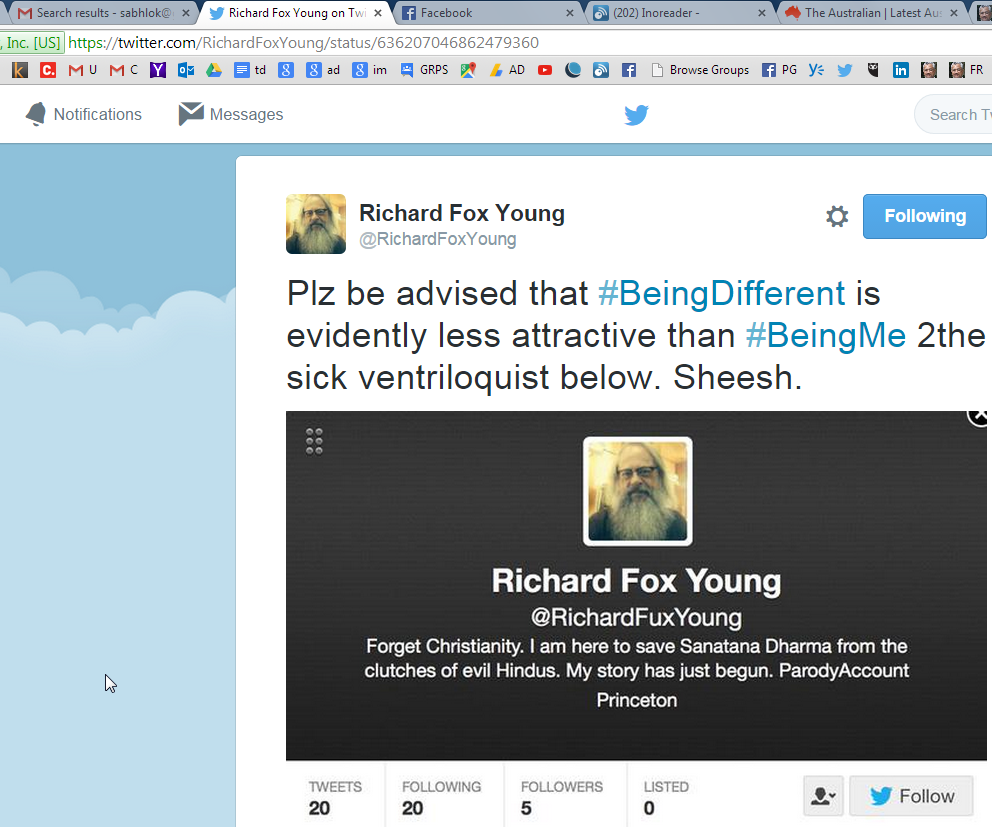 Screenshot of followers (there are more than 5 now) 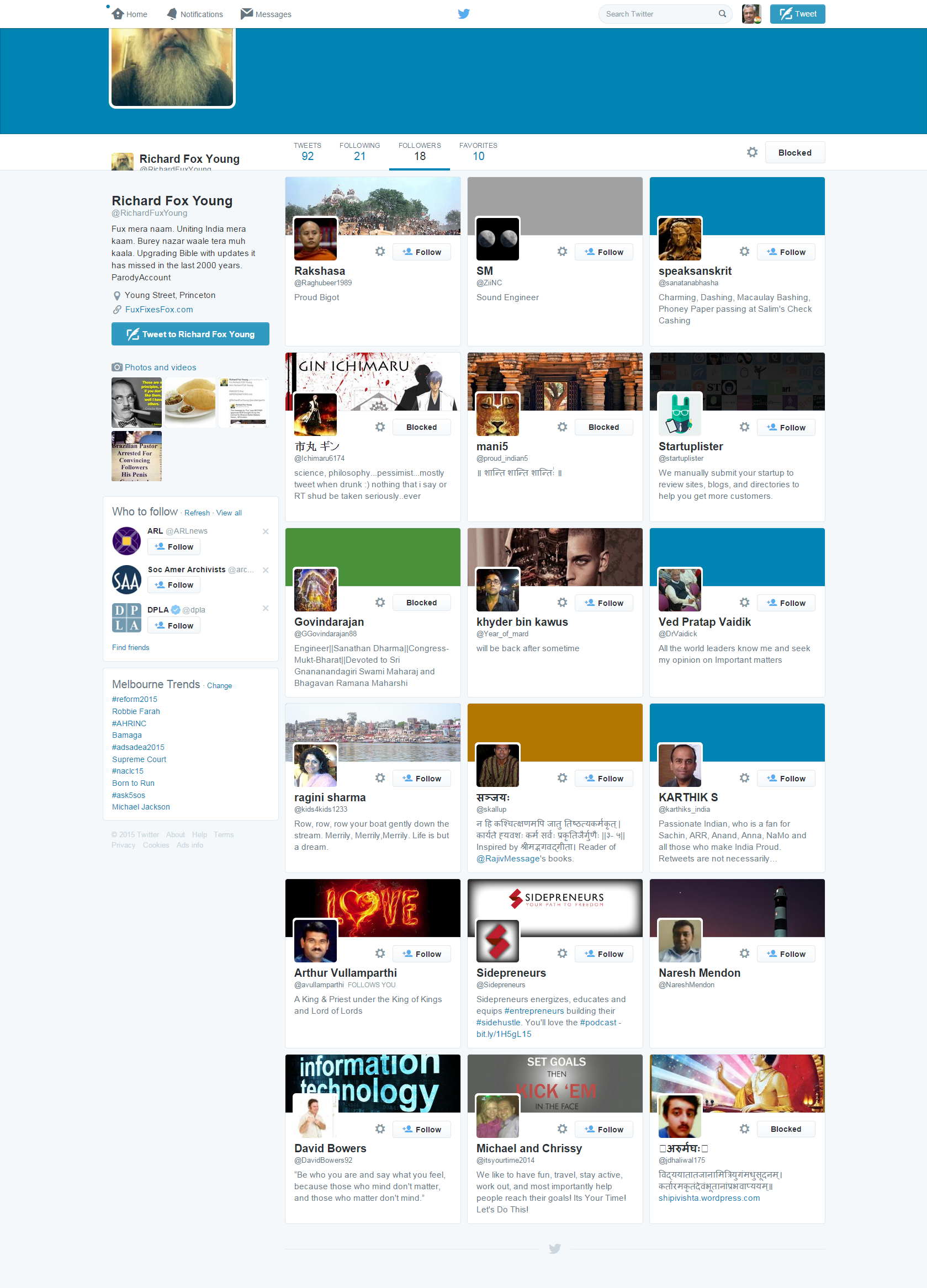 This entry was posted in Bad ideas!, India, Politics, Religion.

« Low IQ Hindutvas just can’t read anything (their bogus claims re: “Sanskrit as a language for computers” by Swamy, Rajnath, BJP, RSS)
Comments from Indians against socialism: on the change.org petition. Glad some people are speaking up. »
View more posts from this author