The Jain Taliban? – the shameful use of STATE POWER by Jain monks to stop meat-eating in Palitana.

We know how India was a major meat eater in the past. Beef was a highly respected meat. There is one hundred per cent clear evidence of the fact that Indians ate not just meat, but beef. Arthashastra is very clear on that. That was 2500 years ago.

Then came the Jains in around that period. They started preaching vegetarianism. This went on for hundreds of years. Over time, they managed to scare the Indians (Hindus) off beef. At one time Indians used to eat ALL kinds of meat – all kinds of animals and birds. Then it got restricted to a few.

Now, I gather that Jain monks have succeeded in making Palitana a vegetarian municipality.

Fortunately, this is being challenged in the court.

I can't think of a more violent imposition of their views on others by a 'so-called' peaceful' religion. These people are the surely the new Taliban. First they distorted Hinduism, itself. Now they wish to impose make India vegetarian!

I have many Jain friends. I hope they will speak out against this monstrous imposition of private religious beliefs on others by some Jain monks. I have no sympathy with them. If they wish to go on hunger strike and fast to death, let them. They CAN'T force their views on the rest of society like this. Persuade. DONT' use state force.

And be a vegetarian, by all means. But do not impose your will on others – THROUGH THE USE OF FORCE.

Source of the newsreport below. 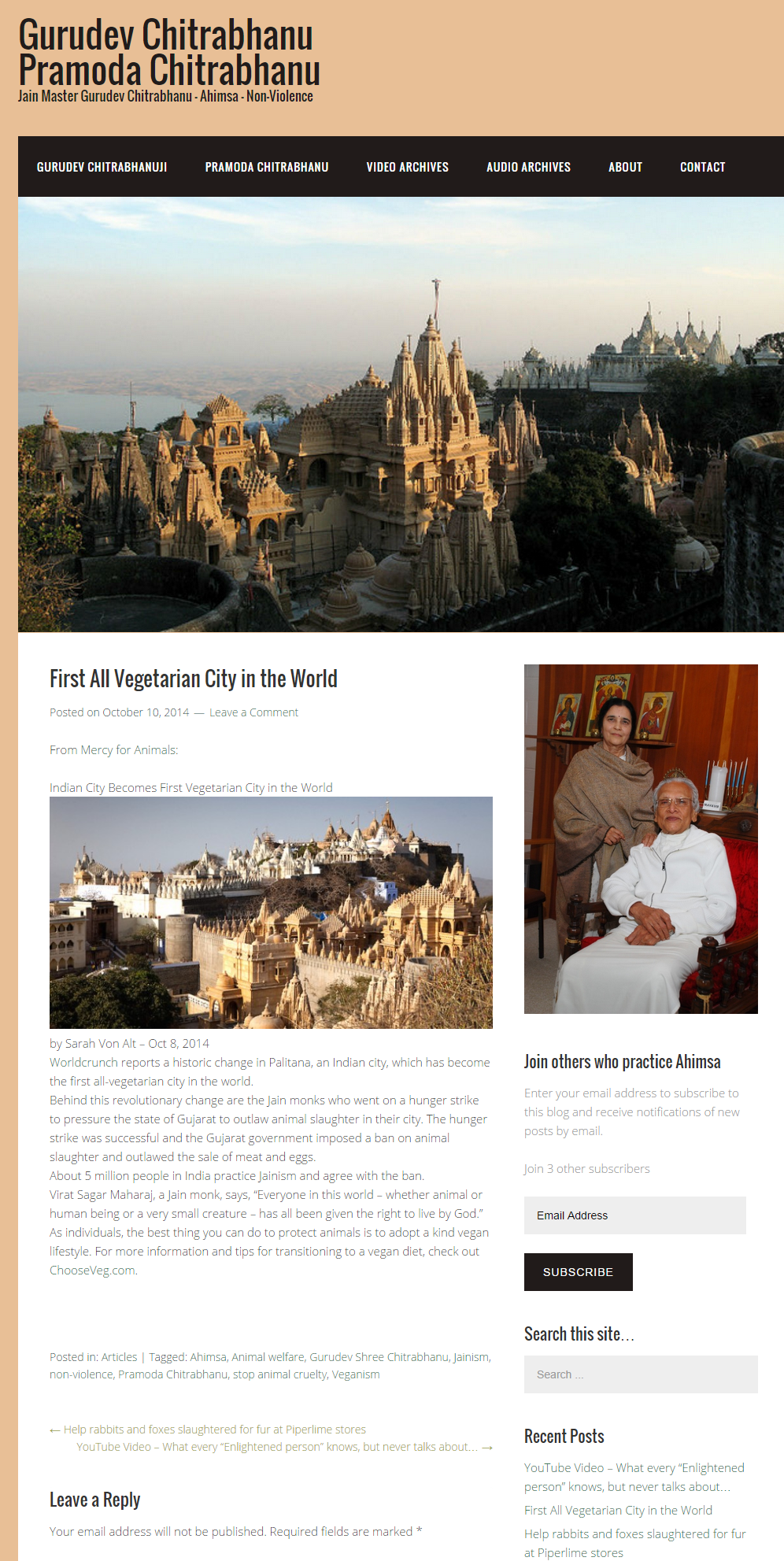 This entry was posted in Bad ideas!, Current Affairs, Religion.

« If what one eats is to be controlled by Hindutva madmen and Jain monks, then best to bid India goodbye.
Why Godbole’s otherwise sensible book adds no value to India: “Good Governance: Never On India’s Radar” »
View more posts from this author