Modi, a "great" RSS leader comes from a school of thought that has repeatedly shown that it is completely removed from anything to do with reasoning. The superstitions, muddled ways of thinking and delusions of RSS/Hindutva folk just beats anything one can imagine. They should call themselves a theater or nautanki company.

Modi has taken up the task of FURTHER CONFUSING the already confused Indians (confused because of the most deplorable education system one can imagine).

He said this recently "a plastic surgeon who fixed an elephant's head on Ganesha".

There is no doubt that India had fairly advanced knowledge of surgery in the past. Sushruta Samhita, written during India's golden age, even explained the basics of plastic surgery. That's fine.

First, Modi, there is NO Ganesha. Even if, according to Advaita, there is a kind of "spirit", that spirit is formless. Ganesha is a figment of imagination. Like James Bond. [Addendum: Sanjeev: This comment raised a question.I've responded here.]

Second, there is simply no way the head of an elephant can be grafted on to a human body. Let that delusion not even be discussed. Cartoons with such "grafts" can be made, drawings can be made, even statues and idols. But a REAL GRAFT? Forget it. These are not even remotely close as species. This is TOTALLY IMPOSSIBLE from first principles. [Individual organs CAN potentially be transplanted from different species, but that requires a level of knowledge that was simply non-existent in ancient India]

Modi, kindly stop babbling nonsense. That will be much appreciated. Do also read the Constitution which talks about the scientific attitude. If you never learnt the basics of science, please don't show your COLLOSAL ignorance and mislead the already confused Indians further.

This completely violates basics of the Vedas and Vedanta: the formlessness of God. According to this view, God can be brought down to the level of man, operated upon, and sent off on his way to become an idol for our use. I'm surprised genuine Hindus aren't alarmed at this claim – that their God is a mere human creation. 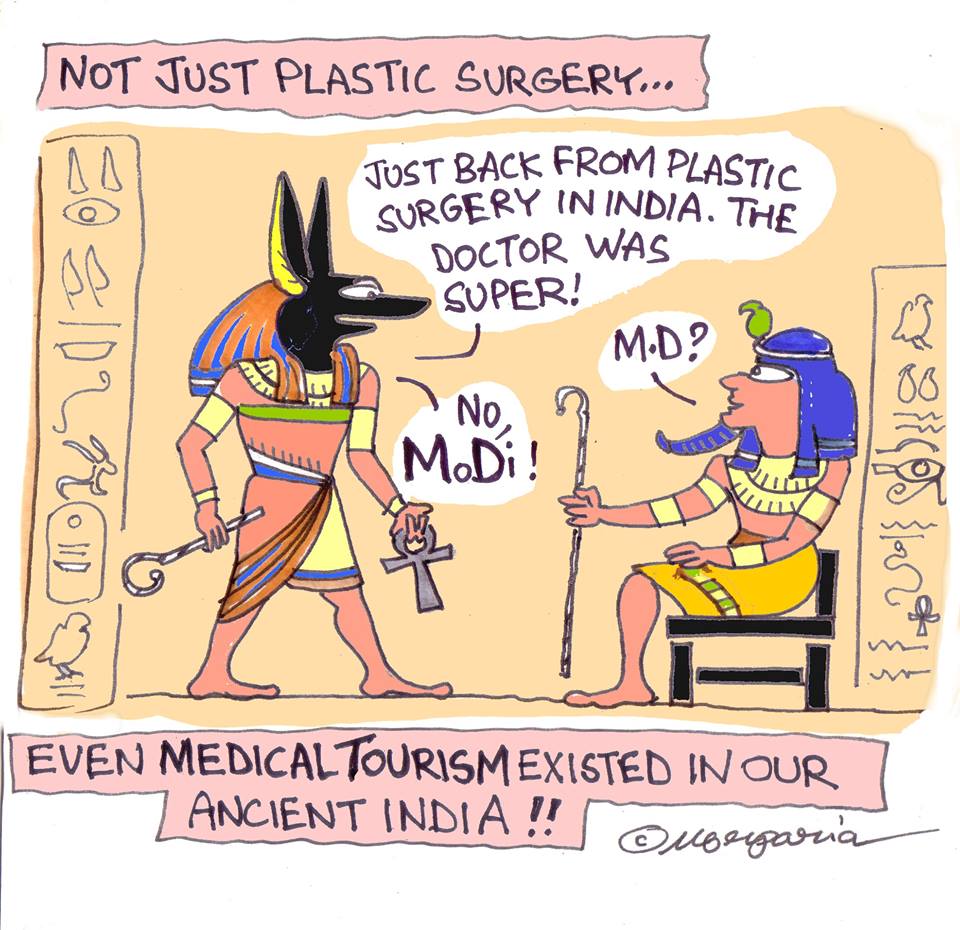 This entry was posted in Bad ideas!, India.

« Who said: “No form of idol worship is permissible” (with specific reference to Shiva, Vishnu, Ambika, Ganesha and Surya)?
Slightly updated SKC agenda (including draft executive summary) and other updates/ requests »
View more posts from this author