The ancestors of the BJP senior BIGOT, Subramanian Swamy, must have been MONKEYS

A bigger DONKEY perhaps doesn’t exist in India today. Turns out this joker is a SENIOR BJP leader. It is shocking that this is the kind of people who are not only getting into BJP but rising in its hierarchy. Of course, led by Modi.

The problem is that this is all very consistent now: The Togadias, the Swamys, the Rajiv Malhotras, the Modis. They want to DESTROY India and convert it into a nation where there is no freedom, no free thought, no possibility of peaceful growth and prosperity.

Someone asked me on FB: “don’t you think Indian Muslims have Hindu ancestry.”

“So what? How does it matter to this ASS called Subramanain? DONKEY man. What is his ancestry? MONKEY.”

In this first snippet Swamy insists that BJP’s agenda is to make the Ram Mandir, confirming what Togadia has been saying.

In the following snippet, Swamy calls for disenfranchisement of Muslims who deny their ancestors were Hindus.

Looks like this JOKER has an extremely large following. 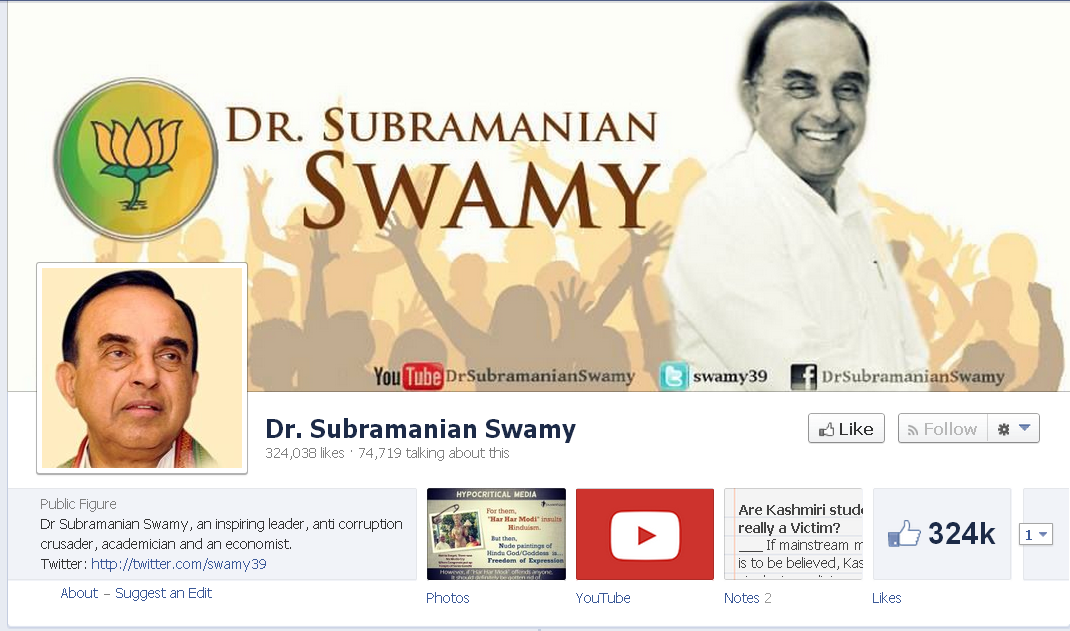 With such “LEADERS” of BJP it might be better to just have the stupid socialists back again. It is NOT good enough that he has not been given a Lok Sabha ticket by BJP. That they even accept such a person is a huge issue.

In any event, the need for a liberal party couldn’t be more pressing.

EXTRACT FROM A DEBATE WITH SOMEONE (my comments in normal, i.e. not bold):

What he has said about ancestry of most of the Indian Muslims in India does not seem to be untrue! So also is the case with most Indian Christians.

This may well be so but it is a matter of history, not of politics.

It’s a matter of pride to be associated with Hindu ancestry rather than getting worked up with it.

I disagree. I oppose all religions, since it is religion that has created violence, mayhem, and atrocities (e.g. caste). I am not proud to be a “Hindu” but I believe India has a great future if it follows the good ethical principles.

Even now no one, and least of all Dr. Swamy, preaches unwanted-ness of either Muslims or Christians or those belonging to other religions but all expect patriotism as an Indian from every citizen irrespective religion, caste or creed.

It is not Swamy’s business to ask anyone to swear his/her ancestry. He can mind his own ancestry, which doesn’t appear be better than a lowly monkey’s. If he questions other Indian’s ancestry, I can question his.

This is a case of a POLITICAL LEADER asking for disenfranchisement of a LARGE segment of Indians. These Indians have been living in India for over 1000 years, at a minimum.

In Australia I vote as citizen – a right obtained after living for TWO years in this country. If ANY Australian politician were to question the ancestry of any Indian who votes in Australia, the whole country would turn up on such a RIDICULOUS politician. Such person would be deemed unfit for public life, and shooed away. So is Swamy, by asking questions about other Indians who have lived in India for 1000 years, the most ridiculous person. And should be immediately retired.

From this action, of promoting Swamy, BJP has shown itself to be a bigoted anti-Indian (Muslims are Indians TOO) party. It wants to turn back the clock and bring a delusional era.

I want a society where the government has NOTHING to do with religion. No politics of religion or caste is acceptable.

BJP, because it has elevated Swamy to such a top position, must, in my view, now be ranked last. It must not be allowed to come to power, as it is ANTI-INDIAN.

I stand for a society where the state and religion NEVER mix. That is the liberal position and that is what free societies stand for.

Swamy’s religious beliefs are his personal business but he has no business to threaten to disenfranchise millions of Indians on the grounds of someone’s religion.

This entry was posted in India, Politics.

45 thoughts on “The ancestors of the BJP senior BIGOT, Subramanian Swamy, must have been MONKEYS”