Modi actively deployed VHP to conduct the pogrom against Muslims in Gujarat after the Godhra incident. There is as conclusive evidence as one can possibly need, to justify this claim:

– constant meetings and talks with VHP leaders on 27 February 2002

– handing over burnt bodies after the most cursory and unsatisfactory post mortems, to VHP

– VHP announcing a Gujarat bandh on 28 February 2002, supported by BJP and Modi

– VHP leaders NOT being arrested for such speeches, but given a free rein

– numerous VHP and Modi's BJP leaders directly killing people (some – only a few – are now in jail after being exposed by Tehelka stings). Modi on his own spent all his time and effort to support them, and fund them, bribe judges, kill witnesses, etc. to escape justice.

Recently Modi has pretended publicly to distance himself from VHP even as VHP have made clear that this is merely a strategy. They are both driving to the same goal: the conversion of Muslims into second class citizens in India – but in different ways.

VHP propagates hatred for Muslims DIRECTLY and BLATANTLY. Here's a report from the Kolkata Book Fair: 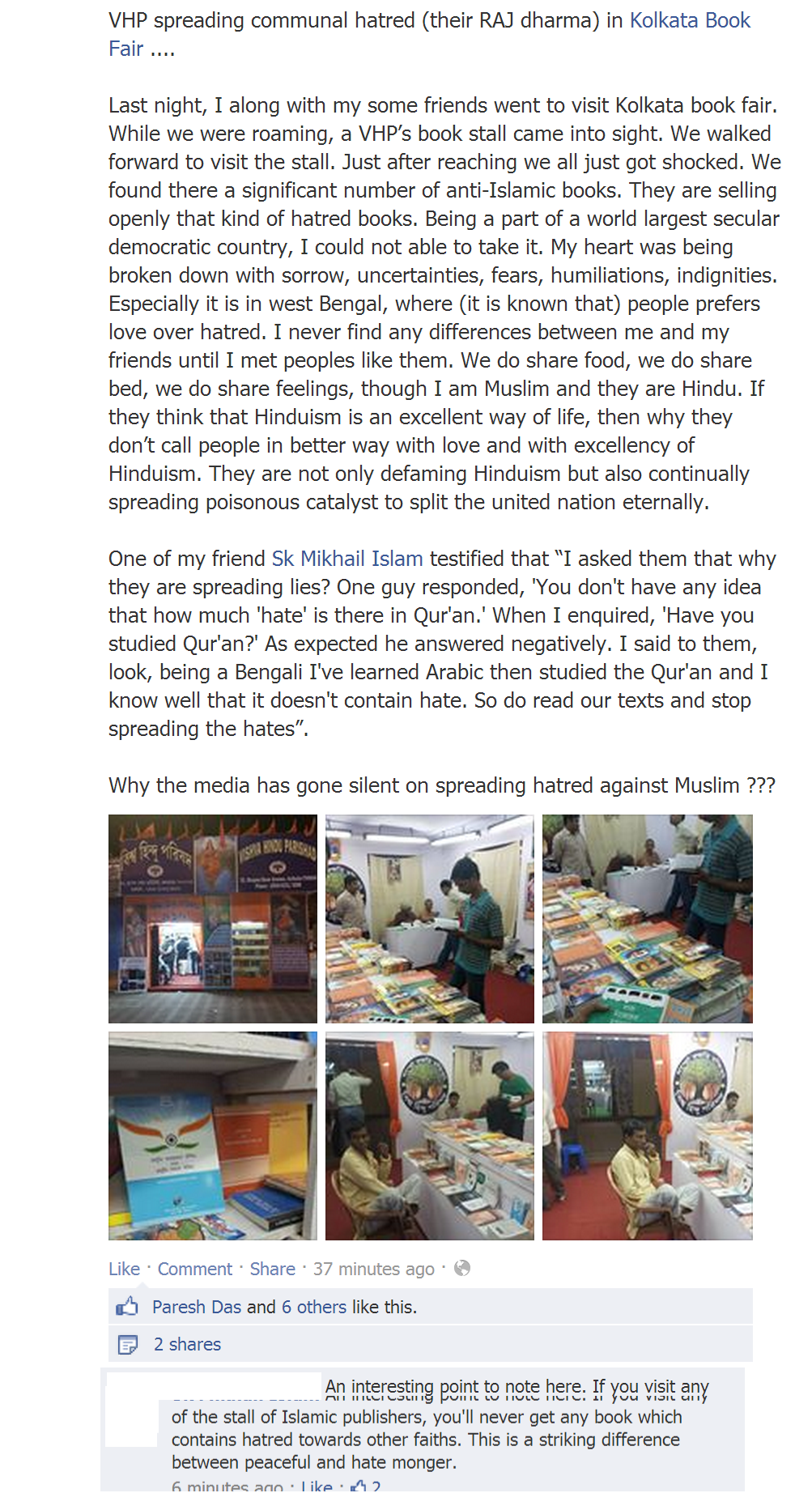 I promote freedom of expression so even such hatred must be allowed to be 'sold'. Muslims have the option of fighting this hatred through their own books and works which promote harmony. However, it is high time for BJP to stop taking money from VHP (which, in turn, gets a huge amount of money from Indians abroad). If it claims to support India's Constitution, BJP must condemn such hate literature.

Further, the VHP website makes clear that RSS is directly related to it. That is something everyone knows, but RSS had allegedly moved away from Muslim hatred. Well, RSS should distance itself from VHP as well.