The average intelligence quotient (IQ) of Indians is around 80-85, with SIGNIFICANT potential to increase

A few years ago, while writing Breaking Free of Nehru, I had come across data that showed that Indians had a particularly low average IQ (of around 85). I'm fully aware of the HUGE problems with IQ tests and the fact that it is very hard to arrive at substantive data on IQs. Also, other methodlogical issues.

But I do think there is something "indicative" or useful in these tests. Based on this I wrote in BFN:

"This figure is based on measurements conducted in India by a range of different researchers over decades. Despite the methodological issues that the underlying data may raise, I have little doubt that this IQ difference is real (I would be pleased to be proven that this is an error.) We can’t simply shrug aside a difference of this magnitude; we should try to explain it"

I thought that's a given. No one has questioned the data since 2008 when my book was published. Tens of thousands of copies have been downloaded, and most people on FTI claim to have read it.

However, Shantanu Bhagwat of FTI has now stated on FB: "Sanjeev: I completely disagree with your assertion on low Indian IQ. Since when did entire populations/ segments of society start having low IQs?"

Well, for Shantanu and many others who might not have come across this what I assumed was widely known information, I've quickly reviewed the literature again and here are my results:

IQ and the Wealth of Nations by Dr. Richard Lynn and Dr. Tatu Vanhanen. See also the scattergram at http://en.wikipedia.org/wiki/IQ_and_the_Wealth_of_Nations. Also see: http://www.vdare.com/articles/a-few-thoughts-on-iq-and-the-wealth-of-nations

he consistent hierarchies of IQ and achievement reported in Lynn's synthesis can be summarized as follows: 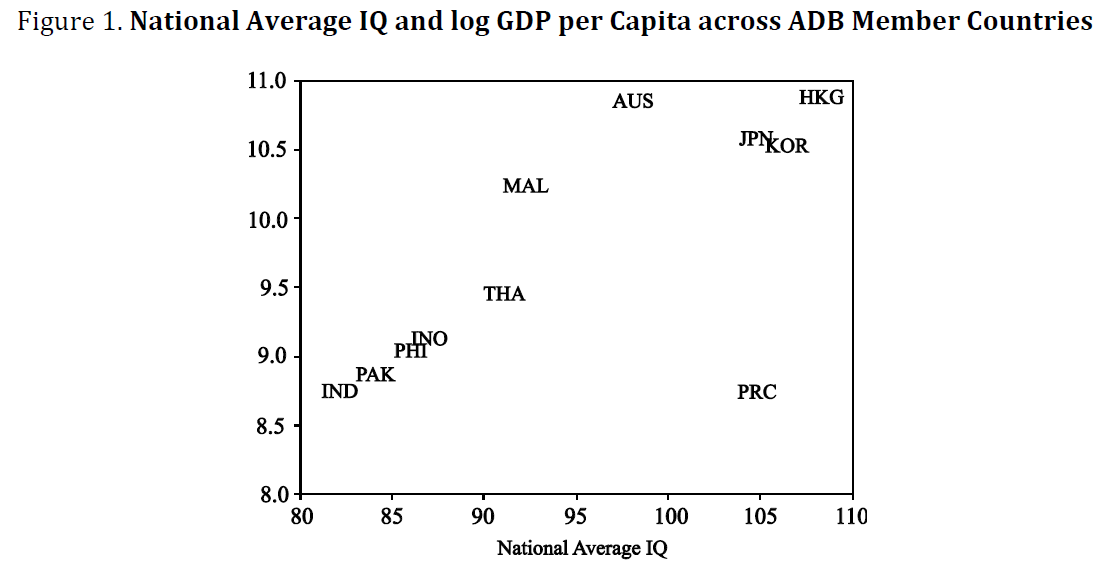 A further article notes: "In the detailed data for South Asians, there is a distinct smaller cluster between 90 and 100, and another bigger cluster between 80 and 90, closer to 90. But then there are a bunch of scores that go as low as 75 which bring down the average to 84." [Source]

On the I.Q. of Nations; Smart, Smarter and Smartest?

This is particularly eye-opening (and problematic): http://isteve.blogspot.com.au/2008/06/indias-average-iq-in-2100.html   What this article needs is a robust rebuttal based on the argument I've provided in BFN (self-respect/liberty based). I do not see "Dalit" IQs being "stagnant" or low in the future with greater liberty and dissolution of the caste system.

I recall having read a major list of Indian IQ studies that spanned decades. Let me list whatever I can find now:

I know there was regular testing of IQs in India by NCERT [See this]. Some good references are available here. I recall Lucknow had something to do with these tests, but can't readily locate the data. But I found this catalogue of 2000 IQ and other tests in India. 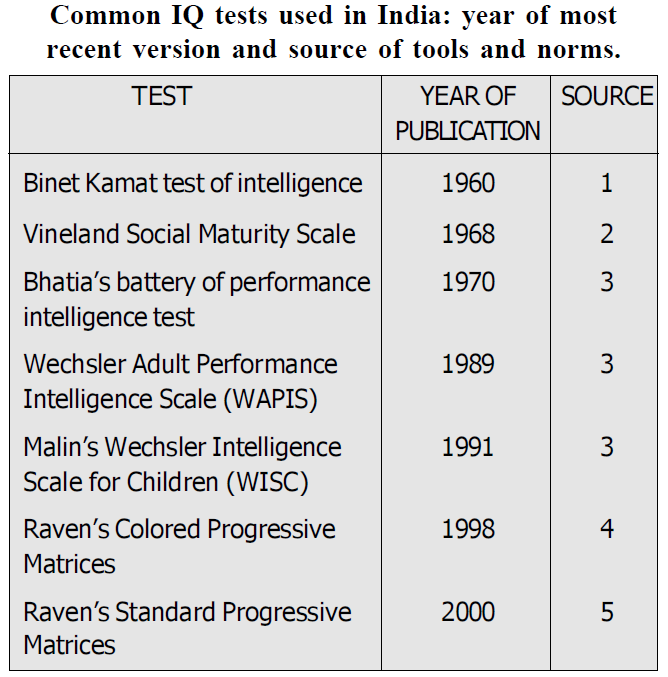 "The only school achievement data for India are from the First International Science Study in 1970 (Comber & Keeves, 1973), and a recent study with a subset of the 2007 TIMSS study in the states of Rajasthan and Orissa (Das & Zajonc, 2010). The school achievement score of India was averaged from these two sources." [Source: Gerhard Meisenberg and Richard Lynn (2011), Intelligence: A Measure of Human Capital in Nations, The Journal of social, political, and economic studies, vol:36 iss:4 pg:421 -454 ]

India also has not participated in a recent student assessment study, with the exception of the states of Himachal Pradesh and Tamil Nadu. Both states have advanced education and income levels (Suryanarayana, Agrawal, & Prabhu, 2011, Table 1, p. 16). If there is any divergence from the Indian average, test scores in both states should be higher than the national average. Nevertheless, the low raw results (327–345 SAS points, or 74–77 IQ) are astonishing. To address the likely higher than average scores in the above states, we cautiously correct the results by subtracting 10 SAS points (equal to d = 0.10 or 1.50 IQ). [Source:Coyle, T R (2013),  Spearman’s Law of Diminishing Returns and national ability, Personality and Individual Differences,  vol:55 iss:4 pg:406 -410]

IQ is NOT fixed!

Let me emphasise that IQ is NOT fixed. I believe only a small portion of it is genetically determined. Most of it is environmental. IQ changes. I won't go into details, but read this paper:

Let me end by saying that I don't take the Indian IQ of around 85 very seriously, since I know everyone in India has the potential to dramatically improve their intellectual results with better nutrition and education (particularly critical thinking). However, it is important that we use this information to understand what might be doing on. And then try to fix it.

My hypothesis in BFN focused on freedom (and self-respect), although I noted that it is not enough to explain things. I've now honed in on nutrition as a key factor, since Chinese children get good amounts of meat whereas Indian poor children get almost nothing – little or no meat or milk and only a few cereals and vegetables.

13 thoughts on “The average intelligence quotient (IQ) of Indians is around 80-85, with SIGNIFICANT potential to increase”