Pakistanis doing the “RSS special”. Can we all please grow up?

BJP/RSS is fond of fiddling with textbooks (particularly history books), largely with the implicit aim of increasing communal hatred among Hindus towards Muslims. Pakistan, too, has been altering textbooks to inflame Muslims sentiments against Hindus. Indeed, Pakistan text books blatantly write about Hindus "as enemies of Islam".

"Although an unbiased review of history would show that Hindus and Muslims enjoyed centuries of harmonious co-existence, Hindus are repeatedly described as extremists and eternal enemies of Islam.

Hindu culture and society are portrayed as unjust and cruel, while Islam is portrayed as just and peaceful," USCIRF said in its report.

Pakistan's public schools and privately-run madrassas are not teaching tolerance but are exacerbating religious differences.

I must add that while I was in Los Angeles, my father was invited by a Muslim scholar who teaches comparative religion in one of the minor universities there, to talk about Hinduism. I attended the talk in which the students were first introduced to Hinduism through a totally biased and distorted video. Thereafter my father spoke and largely clarified the meaning of Hinduism and its philosophy. There is a tendency among many people to look very critically at superficial aspects of Hinduism. I'm afraid that approach doesn't do its philosophy justice.

Fortunately, there are people like the former Acting Chief Justice of Pakistan Supreme Court Mr. Mohd Ramde Khalilee who met my father some years ago and expressed considerable interest in the Vedas, particularly since these had originated largely in the area that is now in Pakistan. [Source]

Mixing politics with the teaching of history – to distort the rich history of the sub-continent – is deplorable.

There are both good and bad points in each religion, and in each nation's history. And no doubt there will be different opinions about what happened in the past. The famous story of Shivaji and Afzal Khan is a classic example. Some think that Shivaji was a "hero". Others perhaps think he was a terrorist.

But history books should not make VALUE JUDGEMENTS about such events, merely record them. 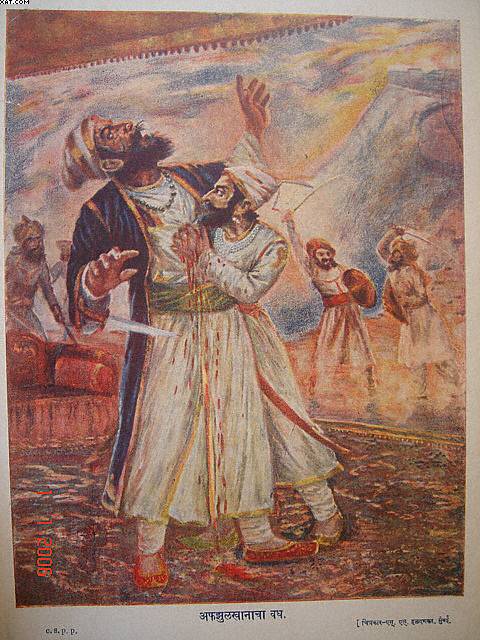 Teachers must explain that what Shivaji (or Afzal Khan) did does not matter today, in our life. They must emphasise that this incident occurred a LONG time ago, well before India (or Pakistan) became independent. What matters is what we choose to do with our life. Students need to be taught that they as INDIVIDUALS are responsible for their own actions. And merely because something happened in the past doesn't mean it should prompt any "response" from us today.

Without such wisdom being imparted, the cycle of hatred and vengeance in the sub-continent will continue.

The way out is for both the Islamic and Hindu fanatics to revert to the PHILOSOPHY of their religion, and aim for the good of all mankind.

This entry was posted in India and tagged in BJP, Hinduism, Islam, Pakistan, RSS.

« India’s welcome for tourists – the “Incredible India”!
Reform of regulation struggling in India »
View more posts from this author

11 thoughts on “Pakistanis doing the “RSS special”. Can we all please grow up?”