It was with SHOCK AND HORROR that I read that "Union health minister Ghulam Nabi Azad said the Centre had no plans to mark the birth [of  Nargis, manikind's seven billionth child]. "What's there to celebrate? We'll celebrate when population stops growing," he told HT." [Source].

What a crass IDIOT.

India's problem has NEVER been its population but THE STUPID ASSES LIKE AZAD who operate a socialist economy that destroys the opportunities that our Nargiss might have had.

PLEASE COMMIT SUICIDE, AZAD, IF YOU THINK INDIA'S POPULATION IS A BIT MUCH. It is YOU who are not wanted. Nargis is fine.

Welcome abroad, Nargis. Nargis's parents Vinita and Ajay are proud of her, and so are we all.

We are seven billion strong, and doing BETTER with each passing year. If only these Azads could somehow be made to jump into a well (or change their policy stance). 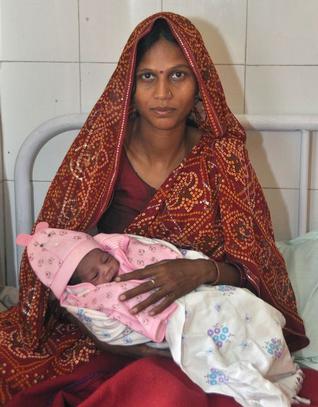 This entry was posted in Current Affairs, India and tagged in Population.

« Freedomain Radio – the largest and most popular philosophy show in the world
Kiran Bedi’s case: not corruption? Well, what else is it? »
View more posts from this author