The three theoreticians of Indian conservatism: Hedgewar, Golwalkar and Upadhyaya

In the next few blog posts I propose to initially publish, and later, critically analyse, the theories that underpin BJP.

This discussion is of interest because as a commentator on this blog wrote,

"Rajesh [Jain] and Atanu [Dey]'s idea is to pressurise the BJP to adopt pro-market, non-crony capitalist reforms to become a genuine forward looking right-wing party. It is a different strategy from yours."

I don't think, however, BJP can ever be made to favourably consider capitalism – for that will mean a renunciation of its foundational theories.

I've written about Hedgewar and Golwalkar here, but it is important to note the major contributions of Deendayal Upadhyaya to the worldview that underpins the BJP today (two things are listed on the BJP website as its foundational philosophy: integral humanism and hindutva)

These three foundational thinkers are actually linked together through the RSS:

In the year 1916, Dr. Hedgewar, after having spent six years in Calcutta as a student of medical science, returned to Nagpur, ostensibly as a doctor, but actually as a freedom fighter believing in the bomb cult of Bengal revolutionaries. Back at Nagpur, Dr. Hedgewar, without using his degree for earning bread for his poor family, gave his whole time to the Freedom Movement as a follower of Lokmanya Tilak and also of the revolutionary path of bomb-cult. By 1920, when the inscrutable hand of destiny removed the Lokmanya from the national scene, Gandhi assumed the mantle of leadership of the Freedom Movement and gave the call for his first nationwide Satyagraha, commonly known as Non-Cooperation Movement, Dr. Hedgewar, a Tilakite and a revolutionary, jumped into it, went to jail and saw the new political technique introduced by Gandhi from within. Thus Dr. Hedgewar personified a blend of Bengal's revolutionary path and Tilak's and Gandhi's approaches to mass movement.
Dr. Hedgewar was born a man of action not given to philosophizing. Though differing with Gandhiji's approach to politics, he had a deep commitment to the same philosophy of life and cultural tradition.
In 1925 Dr. Hedgewar, without any public fanfare, founded the Rashtriya Swayamsevak Sangh (R.S.S.) at Nagpur and introduced a new technique of organization in Indian public life. Dr. Hedgewar's burning patriotism and transparent idealism was able to attract M.S. Golwalkar, the only son of a poor teacher, himself a professor of Zoology in Benaras Hindu University of Madan Mohan Malaviya, another stalwart of pre-Gandhian era and a powerful exponent of the Hindu philosophy of life. Had Golwalkar not come under the influence of Dr. Hedgewar, he, as an ardent disciple of Swami Akhandanand, would have become a Sanyasin of Ramkrishna-Vivekanand order. But destiny was working in a different direction. The coming together of Dr. Hedgewar and Golwalkar in the R.S.S. stream meant the confluence of several streams flowing from the same fountainhead of Bharatiya philosophy of life and a coming together of action and philsophical thought. Golwalkar, popularly known as Guruji, because of his flowing beard, spoke out the philosophy which Dr. Hedgewar had put into action through the R.S.S. It was this R.S.S. stream which attracted Deendayal Upadhyaya, again a genius born in poverty. Having lost his parents in his childhood, he acquired education through his own efforts, but dedicated his life to the cause of national freedom and reconstruction.  (extract from Integral Humanism ed. Devendra Swarup)

I assume that Rajesh Jain and Atanu Dey are aware of these direct philosophical linkages between RSS and BJP. I also hope they are aware that a critical aspect of BJP's worldview is a REJECTION of all Western worldviews (including capitalism – but actually they do support socialism as I will show separately).
I will close this post here, and will, in the next few posts, publish Upadhyaya's writings, starting with the Jan Sangh Principles and Policies he drafted in 1965.
An aside – Jan Sangh in the mid-1960s:
My first political awareness came about in class 1 or class 2 in Salwan school, Delhi in the mid-1960s. We lived in South Patel Nagar (pictures below).
Sometime during that period a major election took place – possibly the 4th Lok Sabha of 1967. I don't recall what happened or who won, but I recall huge processions that Jan Sangh took out – sometimes in front of our house. It is almost certain that Deendayal Upadhyaya was Jan Sangh's General Secretary in those days. 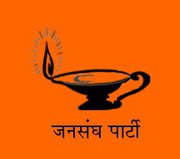 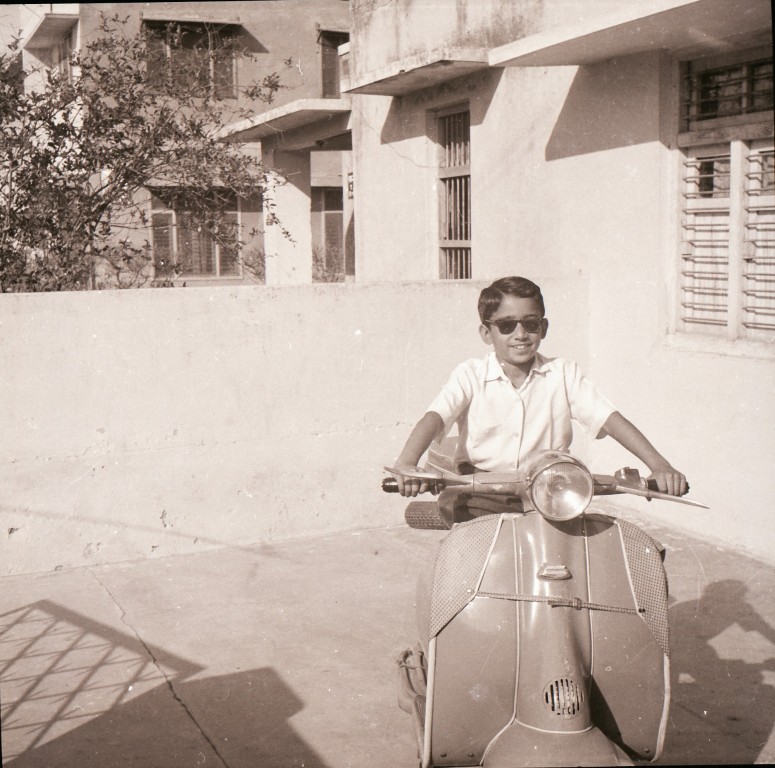 That's me above, pretending to ride my father's scooter inside our South Patel Nagar house, 1966-68 (can't make out which year). I remember standing in the front (near the brake shoe) of this scooter and being driven around Delhi by my father – visiting museums, monuments, etc. Great fun!
And now (below) is a picture of me and my sister (inside the same house) after playing holi! We threw small balloons filled with coloured water at passers by. 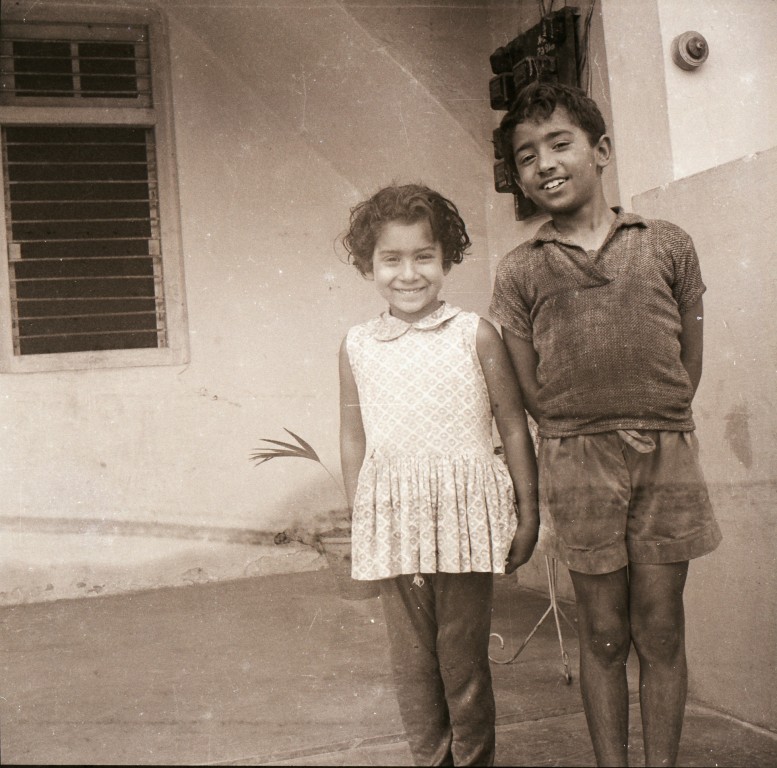 This entry was posted in India, Philosophy and tagged in Deendayal Upadhyaya, Jan Sangh.

« Deendayal Upadhyaya’s integral humanism #1 Principles and Policies of Jan Sangh
Visual proof that policy has real impacts: You can never outsmart the laws of economics »
View more posts from this author

2 thoughts on “The three theoreticians of Indian conservatism: Hedgewar, Golwalkar and Upadhyaya”