Indian Railways is a mega corruption racket. Travel at your own risk.

Indian Railways is the king of India's public sector undertakings, a mega-government business, an activity that the government has REFUSED to get out of, even though it makes no sense for a government to directly manage any business.

Why? Why else but to enable politicians to "make money"?

Just like the government grabbed the airline that JRD Tata had so lovingly built, and RUINED it (Air India's plight), so also the socialist government of India has done little to expand the railway network after independence but has made it REMARKABLY UNSAFE.

I couldn't find statistics on rail accidents across the world but here's a sketchy list of accidents in India, and here's an article in BBC. (Please send me rail safety statistics if you come across them.)

True, terrorist movements have taken their toll on Indian train safety. But the real harm has been caused by corruption.

I recently heard a story from the "horse's mouth" from someone (let's call him Mr.Young) about the mega corruption racket that is going on in the Indian Railways. 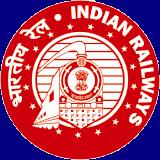 Mr.Young joined the Railways a few years ago as a Class I technical officer and was posted to Jamalpur (Bihar). It is the job of the Jamalpur workshop (India's largest) to replace ball bearings of trains' wheels every few thousand kilometers. And so hundreds of trains come to Jamalpur each year to get their ball bearings replaced. These ball bearings are very expensive, costing in the thousands of rupees each, and are imported from Germany.

And guess what Mr Young found?

That the trains did not even enter the workshop but were given a certificate that their ball bearings had been replaced! Everyone in Jamalpur's workshop is FULLY INVOLVED, I'm told. No exception.

There were many other rackets going on there (some of them coal related).

Things came to a head when Mr Young's boss was shot dead by the mafia when he refused to sign a particular fake certificate.

You'll recall I wrote a little while ago that corruption is INVISIBLE. Well, so it is.

When you are travelling in a train you don't know whether the ball bearings have been replaced in a timely manner.  And you will never find out. All that will happen is that your risk of dying in a train accident will rise because you live in CORRUPT, SOCIALIST India.

You'll die sooner than you would otherwise have. That's all.

As I wrote in BFN,

The risk to our lives from corrupt and incompetent politicians is infinitely more than the risk from flying a plane operated by a poorly paid pilot. Many more people die from socialist corruption and incompetence than from potential plane crashes. In fact, millions of lives are regularly lost in India due to our corrupt and incompetent political leaders – children who die before the age of five from preventable disease; elderly who die from lack of medical treatment; people bombed by terrorists; people whose murderers are never found; people murdered by the police itself; people run over by chaotic traffic; people run over by the convoys of politicians; people electrocuted; people who have died unnecessarily from heat and cold waves; people who die needlessly in earthquakes, noting that virtually nobody dies in Japan even with much worse earthquakes; people who die when buses fall off narrow hill roads; people who die when running trains plunge into rivers or collide; people who die of starvation; people who are burnt, hung and quartered in communal riots; people who sink without trace inside the deep holes found in our city footpaths; and so on. We don’t usually attribute these deaths to our leaders, but we should. These deaths are directly caused by failures in governance.

Well, now you know what to worry about when you next travel by train. There's another thing you can think about: FTI.

Think about how we can make this system clean AND SAFE.

This entry was posted in India, Public policy and tagged in Corruption in Indian railways.

« Don’t be jealous. Be happy!
Thank you for listening »
View more posts from this author

6 thoughts on “Indian Railways is a mega corruption racket. Travel at your own risk.”