No trend of accelerating rise in sea levels

The Earth is being naughty. It is not showing any sense of urgency to respond the way IPCC models want it to react. It continues to plod on at its own pace, based on factors that climatologists don't fully understand.

The following graph that shows no noticeable acceleration in sea level rise over the past 20 years, despite claims often made in the media and (of course) IPCC. Instead, it continues to rise at a 'standard' 30 mm per decade. It has been doing so since 1870 after the Earth came out of a little Ice Age. All the increase in CO2 in the world has made no dent on the sea level. Clearly the primitive IPCC models need to be revisited. One more prediction that has not come true. 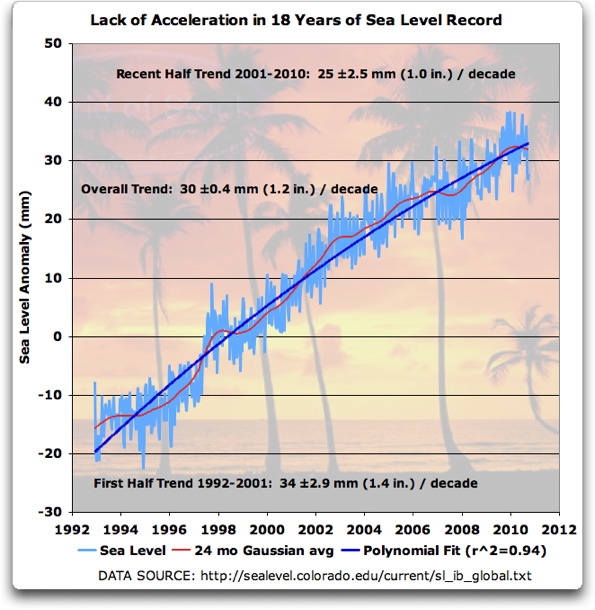