Kevin Andrews comes out clean in the Haneef case

Kevin Andrews happens to be my representative in the Australian Parliament. I note (details here) that he has come out unharmed by the quasi-legal processes on matters arising from Dr. Muhamed Haneef's abortive arrest in 2007 – an incident that caused significant harm to Australia-India relations at that time. (These relations then worsened further some years later after totally exaggerated reporting in the Indian media about violence against a few Indian students in Melbourne.)

The Haneef case has now been settled. Dr. Haneef now plans return to Australia as a respectable member of the community and practice medicine. I wish him the very best in his career. [read on!] 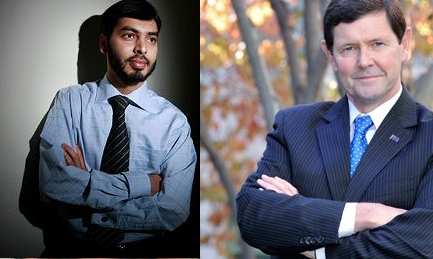 According to the news report, "The mediation, under former Queensland corruption inquiry chief Tony Fitzgerald QC, resolves all legal matters against the government and its agencies.

"Mr Andrews yesterday issued a statement in which he said: "I have been advised that Dr Haneef has withdrawn his action for defamation against me. I have made no apology. Nor has any compensation been paid in relation to the defamation action.""

The proceedings must have persuaded  Dr. Haneef that Kevin Andrews acted within the bounds of law. Such matters can be quite challenging, and I'm pleased that the matter has been settled amicably. The rule of law does prevail in Australia. There is no place for whimsical action in the governance of this country.

I trust Dr. Haneef will, in his spare moments, become an active ambassador for Australia-India relations.

The stakes against terrorism are high. We must understand that accidents can happen. So long as the accident is rectified, the event must be closed and we must move on to live our lives in quiet enjoyment.

We live not to debate legal niceties and fight over trivialities, but to achieve a peaceful and productive life.

It would be best for this matter to now brought to a close  through enhanced social discourse.

I am happy to host a private dinner in an Indian restaurant in Melbourne (only the dinner, not air fares!) for Muhamed Haneef and Kevin Andrews to bring normalcy to the unfortunate events of the past few years in this case.

It is crucial that India and Australia work together as closely as possible in the coming decades and iron out any misunderstandings that may arise in the long journey ahead.

Such small social gestures can make a BIG difference.

This entry was posted in Bad ideas!, Current Affairs and tagged in Racism in Australia, Soft Racism.

« Wikileaks will not make the world a better or safer place
Is the current form of democracy the best? »
View more posts from this author