The topic of God is deeply tied to our existence in many ways – and continues to influence society both positively and negatively. The fact that politics and religion should be kept separate does not mean that this is easy.

However, this is also a topic on which evidence is sorely missing, and faith has to take its place. To be educated means to be a searcher for the truth through the exercise of reason. But the faith-based concept of God – with its potential implications for our lives and the hereafter (if any) – sits uneasily with the reality of our material world where evidence is king. Nothing that we do in our life is ultimately without reason. But not God. At that stage reason takes a back seat.

Surely this topic cannot be exempt from the application of reason. We must continue to research God rigorously and stretch reason till it reaches an end.  And that is what Victor Stenger's book God: The Failed Hypothesis, does (I wrote a short blog post a few weeks ago on this book).

The book is a fascinating battle against the concept of God. Those who have John Hosper's read  exposition on these issues (i.e. arguments in favour of and against God) in his book, Philosophical Analysis will find further food for thought in Stenger.

I'm therefore providing below an interesting extract from Stenger's book, noting that there are people out there who dispute Stenger's arguments  (e.g. see here). Personally, I haven't yet finished this book nor will I attempt a rigorous and critical review of the facts of the matter at this stage (That is something I will do in due course when I have the time and inclination for such analysis). But I've learnt a lot of useful scientific information from this book. Definitely a book worth having in every educated person's library.

(Note: a recent issue of The Economist reported on work by Roger Penrose and Vahe Gurzadyan that argues that the world had no beginning and that data from the big bang show traces of a previous universe! This concept has been discussed in Stenger's book but empirical proof has only recently been published. Read this report here. Fascinating! 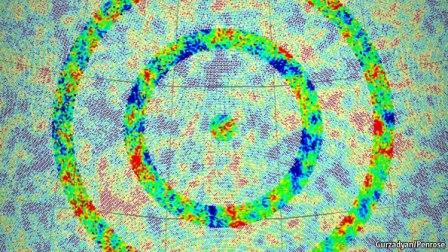 To me, though, there remain many gaps in our knowledge about the universe, the most important being that we still don't know how energy is converted into matter – although I suspect there is a purely mechanical explanation for that process . If you are interested in such topics, then join me on Facebook here.)

The anthropic argument for the existence of God can be turned on its head to provide an argument against the existence of God. If God created a universe with at least one major purpose being the development of human life, then it is reasonable to expect that the universe should be congenial to human life. Now, you might say that God may have had other purposes besides humanity. As has been noted several times in this book, apologists can always invent a god who is consistent with the data. One certainly can imagine a god for whom humanity is not very high on the agenda and who put us off in a minuscule, obscure corner of the universe. However, this is not the God of Judaism, Christianity, and Islarn, who places great value on the human being and supposedly created us in his image. Why would God send his only son to die an agonizing death to redeem an insignificant bit of carbon?

If the universe were congenial to human life, then you would expect it to be easy for humanlike life to develop and survive throughout the universe.

As we will discuss in chapter 6, the cosmological universe bears no resemblance to what is described in Genesis. Indeed, the biblical myth is more akin to what one might expect from a perfect creator. But that is not what we see. Earth is not the flat, immovable circle at the center of a firmament or a vault of fixed stars, circled by the sun, moon, and planets pictured in Genesis. Rather, Earth is one planet among ten or so (depending on how you count) revolving around an atypical star, our sun. On the distance scale of human experience, the solar system is immense. Earth is one hundred and fifty million kilometers from the sun. Pluto is some six billion kilometers away. The Oort cloud of comets, which marks the edge of the solar system, extends to thirty trillion kilometers from the sun. Although the space between the planets contains smaller asteroids, comets, and dust, the solar system consists mainly of empty space that seems to serve no purpose.

On this distance scale, the planets are tiny points. Yet they are huge on the human scale. The diameter of Earth is 12,742 kilometers. The largest planet, Jupiter, is 139,822 kilometers in diameter.

Beyond the solar system we find even more space. The next closest star (after the sun), Proxima Centauri, is forty trillion kilometers away. This is part of the triple-star system called Alpha Centauri. On this scale we should start using light-years as the unit of distance, where the light-year is the distance traveled by light in a year (9.45 trillion kilometers). The Alpha Centauri system is 4.22 light-years away. Note that multiple-star systems, which are very common, do not provide the kind of orbital stability we experience on Earth that is very important to our survival. It would seem that only single-star systems are likely to support life, another indication that life is not high on the universe's agenda.

Our sun and its planetary system are well away from the center of a galaxy containing an estimated two hundred to four hundred billion other stars. Called the "Milky Way," after the band of stars we see across the sky on a clear night, our visible galaxy is a flat, spiral disk one hundred thousand light-years across, and about ten thousand light-years thick.

The Milky Way is but one of perhaps a hundred billion galaxies in the visible universe. We have two satellite galaxies, just outside the Milky Way, the Large and Small Magellanic Clouds. The next galaxy nearest to us, Andromeda, is 2.44 million light-years away.

And, you might ask, how big is the universe? The farthest observed galaxy at this writing, Abell 1835 IR1916, is 13.2 billion light-years away. Since it has taken 13.2 billion years for its light to reach us, and the current estimate of the age of the universe is 13.7 billion years, we are seeing this galaxy as it was only five hundred million years after the start of the big bang. Because the universe has been expanding since the light left Abell, this galaxy is now about forty billion light-years away.

The farthest distance we can ever hope to see, what is called our horizon, is 13.7 billion light-years from Earth. Beyond that, light would take longer than the age of the universe to reach us. As vast as is the universe within our horizon, cosmology suggests that a far vaster one lies beyond. If the inflationary big bang model of the early universe is correct, then in a tiny time interval (something like 10-35 second), the universe expanded in size by a factor that is almost impossible to imagine. Here is one estimate of that factor: Write down the number 1 and follow it by a hundred zeros. Then raise the number 10 to that power (10 to 10100). I have not been able to think of any analogy from common experience or science to help visualize that number. The size of the visible universe (1026 meters) is only 1061 times larger than the smallest distance that can be defined, the Planck distance (10-35 meter).

In short, if God created the universe as a special place for humanity, he seems to have wasted an awfully large amount of space where humanity will never make an appearance.

In fact, when you think of it, why would an infinitely powerful God even need six days? Wouldn't he have the ability to create everything in an instant? And, why would he have to rest when he was all done?

Let us also ponder the enormous waste of matter. The hundred billion galaxies, each with on the order of a hundred billion stars, are composed of "atomic matter," that is, chemical elements. The portion that is luminous, that is, visible to the eye and optical telescopes, constitutes just one-half of one percent of all the mass in the universe. Another 3.5 percent of the matter in galaxies is of the same atomic nature, only nonluminous. Just 2 percent of atomic matter is composed of elements heavier than helium. One-half of 1 percent of this is composed of carbon, the main element of life. That is, 0.0002 of the mass of the universe is carbon. Yet we are supposed to think that God specially designed the universe so it would have the ability to manufacture, in stars, the carbon needed for life?

Energy is wasted, too. Of all the energy emitted by the sun, only two photons in a billion are used to warm Earth, the rest radiating uselessly into space.

This entry was posted in Books, Religion, Science and tagged in Atomic structure, Creation of the universe, God, My book reviews.

« Are scientists entitled to secrecy?
A fascinating look at Adam Smith’s life and philosophy »
View more posts from this author